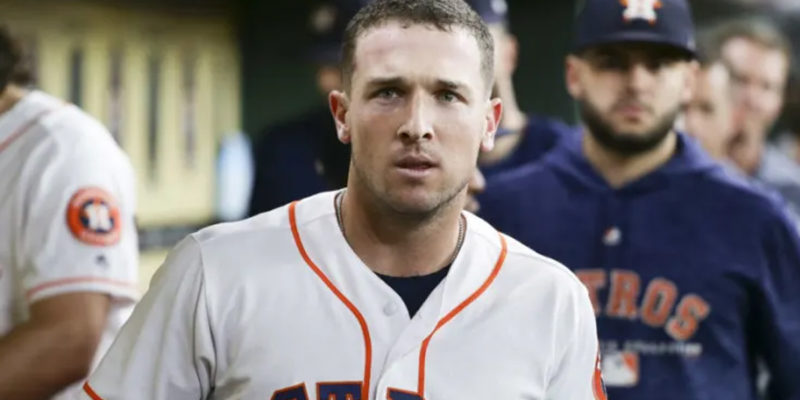 Last Thursday I had started writing a column boldly predicting that sometime that weekend the Houston Astros, by a combination of their wins and their opponents’ losses, would lock up their division and another trip to the post-season.

And then a funny thing happened: I fell asleep before finishing it.

Talk about a blessing in disguise.

At that juncture the Astros were closer to the American League-leading Tampa Bay (nee Devil) Rays than the Chicago White Sox.

But a sweep by the Oakland A’s in Major League Baseball’s worst venue and a 10 wins to 1 loss monster run by the hot Seattle Mariners put the Astros’ magic number in a cryogenic freeze until Tuesday night when they finally stopped their 4 game skid (in World Series parlance that’s known as a sweep) and the A’s helpfully eliminated themselves for the division.

Rather than tumble into the post-season as a beneficiary of somebody else’s misfortune.

Currently the Astros lead Chicago by two games for second in the AL as Tampa has clinched best record in the junior league while the Yankees, Red Sox, Blue Jays, and those pesky Mariners are in a mad scramble for the two Wild Card play in slots.

But back to Houston.

The batting lineup is a “pistoleros’ row” of hitters, literally starting off with second baseman Jose Altuve, whose down year is truly a relative assessment and followed by franchise favorite and LSU’s very own Alex Bregman, who has returned from a hamstring injury that had sidelined him for part of the 2021 campaign.

The line up has been shuffling between ball-crushing DH and occasional outfielder Yordan Alvarez and contact hitting first baseman Yuli Guriel, who is currently third in the AL in batting average.

After fits and starts Astros’ prospect Kyle Tucker has finally hit his stride along with plenty of baseballs out of MLB stadiums while the ever consistent Michael Brantley has rejoined the team after missing much of September with a knee injury.

Shortstop Carlos Correa is in a contract year and playing like it. While his future in H-town is in doubt, as the power hitting infielder will command a lucrative contract from somebody, Correa has been a big part of the team’s success in 2021.

Even the platoon rotating rookie outfielders Chas McCormick, Jake Myers, and Jose Siri have filled in admirably for the dealt-away Myles Straw. The weak point on the batting order is catcher Martin Maldonado, whose batting average has been sub-.200 all season though he does possesses some pop.

Pitching has been the biggest question mark going into the 2021 season with their ace Justin Verlander out after undergoing Tommy John surgery last year, but the arms have shown up with Lance McCullers, Jr , Framber Valdez, and Jose Urquidy holding their own though questions about Zack Greinke and Jake Odorizzi struggling by comparison.

Even with the late season acquisition of Kendall Graveman via trade with the Mariners to bolster up their shaky bullpen the concerns about the Astros’ capacity to finish out games have continued.

Consistency (or lack thereof) will determine how far they advance in the postseason or how short of a visit they’ll have.

The Astros are a far better team than their record shows. Manager Dusty Baker needs to motivate his players to maximize their potential quick so they can become the contenders they are.