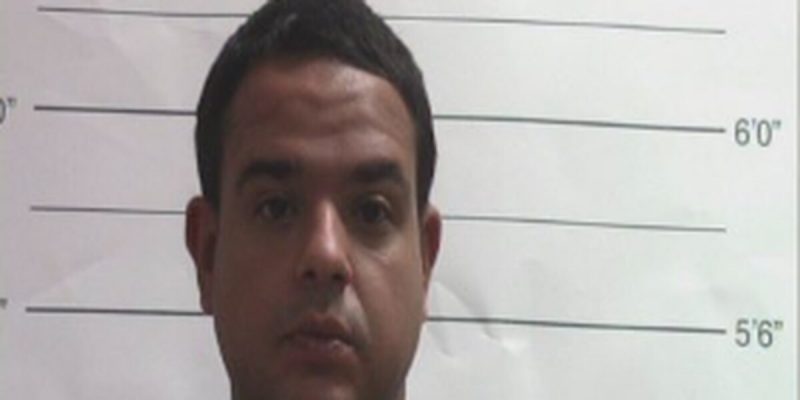 We try not to kick people when they’re down here at The Hayride, and we don’t want to do the holier-than-thou thing where drunk driving is concerned. You shouldn’t drive drunk, and these days when there are things like Uber and Lyft it’s a whole lot less excusable, but it happens to lots of people who aren’t criminals. We’re not going to act like somebody guilty of drunk driving is beneath contempt, because it isn’t right or true to go there.

City councilman Jared Brossett was arrested early Monday (Oct. 18) on suspicion of drunk driving, his second such allegation in the past 16 months.

New Orleans police said Brossett was found passed out behind the wheel of a white 2021 Lexus with its engine running in the 3100 block of Elysian Fields Avenue around 2:30 a.m., after officers were flagged down by a witness.

The NOPD said Brossett had to be awakened before he opened his car door, and that officers “detected a strong odor” of alcohol on Brossett’s breath as he spoke. Brossett was taken into custody and brought to the department’s traffic unit headquarters for DWI testing, where he requested a lawyer and then “performed poorly” on a standardized field sobriety test, the department said.

Court records show Brossett, 39, was booked into the Orleans Justice Center jail at 5:14 a.m. on an allegation of driving while drunk. A jail booking photo shows Brossett standing with his eyes nearly completely shut.

It wasn’t even a year and a half ago when Brossett was good and wasted driving around in the same neighborhood, and he crossed the neutral ground and plowed into another car.

Most DWI arrests can be somewhat defensible. The driver blows slightly above the legal limit and isn’t so badly impaired as to make them manifestly unsafe. Everybody knows the DWI thing is a racket between judges, sheriffs, lawyers and others to siphon money off the public, and it’s fueled by the unhinged tyrants from MADD.

All of that is a separate issue from this. Brossett’s arrest last year wasn’t some cop trying to hit a DWI quota. It was the perfect textbook example of why you have drunk-driving laws. You don’t want people so wasted on the road that they get in head-on collisions.

And given that he’s a city councilman running for re-election, the bad judgement involved in having that happen once is pretty stark.

For it to happen again? This was actually the third time Brossett’s been pinched on a DWI beef. The first time was 15 years ago.

Especially given that he had just publicly asked for forgiveness for the one 16 months ago.

On Friday, FOX 8′s Sabrina Wilson asked Brossett whether he thought voters might hold his previous DWI arrests (including a 2006 arrest in Florida) against him as he runs for a council-at-large seat. He said he hoped they would not.

“I would hope not,” he said. “I did what I had to do. I made a mistake. I did not run from it. I’m human, I addressed it, I’m a stronger man today than I’ve ever been before.

“I voluntarily went to a six-week intensive counseling and mental health addiction behavioral health program. Not only that, after I completed my program in July of last year, I committed myself for weekly therapy sessions where I got to counsel many men and women from all backgrounds of life who had substance abuse and addiction problems. And I did that going on for now over a year and that has been one of the most humbling experiences in my life.”

The councilman also said he was able to help others with substance abuse issues.

“Nobody has to go through substance abuse or addiction alone,” he said. “We have many mental health, substance-abuse issues throughout our city. We saw that through the pandemic. I also did a three-month diversion program, in addition to community service with our seniors. And so I’m glad that it’s behind me and it won’t happen ever again.”

Wonder if the community service with the seniors involved cocktails or keg parties.

It’s fair to say Brossett might be an alcoholic. We don’t want to make fun of that problem. What amazes us is why he doesn’t find some college kid to be an intern and drive him around. Did Brossett not think that J.P. Morrell, who’s running against him for the city council seat he holds and who has family members in the NOPD, might keep tabs on him?

You’d think that given his weakness on the drunk driving issue Brossett would stay home and drink, or catch a ride. You’d think whoever is running his campaign would insist on it.

New Orleans is the most overgoverned city in the state and this is the quality of the folks doing the governing. Let’s remember you have a mayor who gets trashed regularly and confronts people in bars, and who just solved a long-standing tax problem, you have a DA who’s currently under indictment for tax issues of his own.

Tyranny by lawless politicians is really not a great state of affairs. It’s little wonder why people dread having to set foot in New Orleans these days.