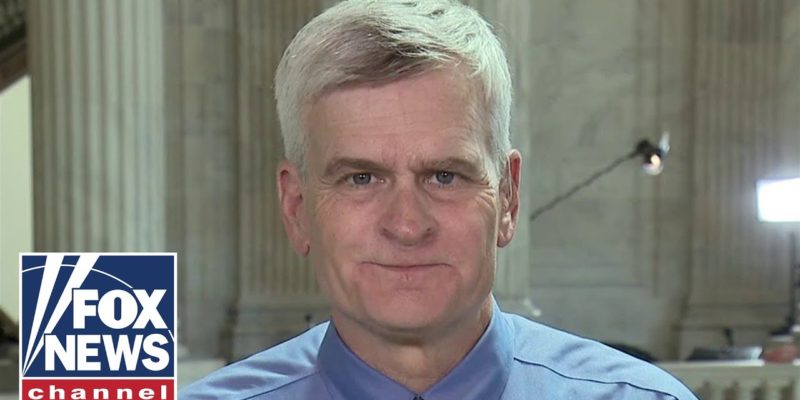 In 2010, Louisiana voters in our Third Congressional District spoke loudly; they were done with establishment politicians who seemed to ignore the people and reward the insiders. It was a shock to the pundits and the press, but not to me and the tens of thousands of my neighbors who placed their trust in me, an “outsider,” to represent them in Congress. We saw this again in 2016 when our state chose their President, strongly electing Donald Trump.

Today, even more folks in the Bayou State are fed up with politicians who say one thing in Louisiana but do the opposite in Washington.

Unfortunately, one of those DC insider politicians is Senator Bill Cassidy. His vote to impeach President Trump was both shocking and disappointing. His newest comments about President Trump are yet another betrayal to the voters who elected him.

Those of us with a television or a radio heard just last year that Bill Cassidy was an ally of Trump and his policies, policies which helped revitalize our economy and made America an even greater and stronger nation. Cassidy’s campaign raised and spent millions and millions of dollars declaring Cassidy’s allegiance to President Trump’s America First agenda.

Yet, as soon as Trump was out of the White House, Cassidy revealed his true colors – voting not only to hold an unconstitutional impeachment trial of a private citizen but also to convict the former President on politically motivated charges.

That episode was just the first of many ways Cassidy has repeatedly failed to represent the will of the people who sent him to the Senate.

Recently he helped move along Joe Biden’s $1.2 trillion “infrastructure” bill, a 2700-page monstrosity that misspends our hard-working taxpayers’ money on AOC green new deal projects. As Senator Kennedy noted, this Cassidy-Biden bill increases America’s deficit by at least $256 billion – more than the entire GDP of Louisiana – and it raises taxes on Louisiana industry.

While Cassidy’s actions may increase his odds of being invited to the cocktail parties which might include people like Pelosi, Schumer, and other members of the Left – his actions do not help Louisiana or her people. His actions do not help our State’s families deal with Bidenflation or bring resources to hurricane survivors in SWLA.

During my time in Congress, I was ranked the fourth most conservative member of the U.S. House of Representatives while still casting the most bipartisan votes in Louisiana’s federal delegation. I proved that one can stand by their convictions without compromising their principles.

Attacking President Trump, and the agenda he represents, is not about bipartisanship; it is about a crass, political calculation to appease the left wing and DC insiders.

Much has been said about Cassidy’s interview this month with Axios news, where he spewed more political garbage – taking swipes at President Trump, to raise his profile with the DC elites. The one thing he did say which was not only correct, but was also clearly on the top of his mind, was “elections are about winning.”  He seemed to almost admit that what he said in the last election about supporting President Trump and his agenda was not about doing the right thing but only about “winning.”

Many would agree that Cassidy’s last election “win” was a “loss” for Louisiana.  We are now living with a DC politician who said one thing to get our votes but continues to do another thing in office.