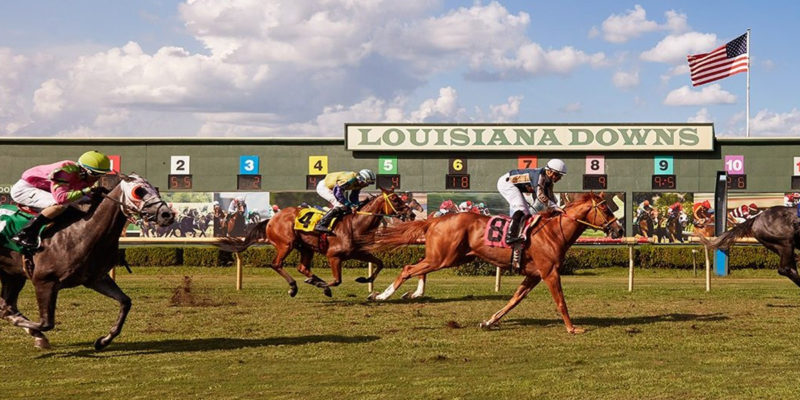 The state’s Gaming Control Board signed off on the $22 million deal last week, and the state’s Racing Commission is expected to follow suit this week. The new owner, Rubico Acquisition, pledged as part of the deal to keep the thoroughbreds and quarter horses running, and hopes to expand casino gaming.

For the once-proud racetrack really has become a racino first and foremost. Handle from both live and simulcast racing in the first half of fiscal year 2020 totaled just short of $13.2 million, while revenue from slot machines (of which 15 percent gets kicked back to supplement race purses) for the whole year nearly tripled that at $37.6 million. That source in FY 2019 also exceeded the FY 2019 total for racing including off track betting, at Bossier City and the satellite location just west of Mississippi in Mound, by a few hundred thousand.

Contrast the 2019 numbers with the handle in FY 2015, which was $45.8 million. And while one could argue the Wuhan coronavirus pandemic further depressed the preliminary 2020 numbers (unfortunately, the State Racing Commission does a horrible job in website dissemination of financial and other statistics; there’s no historical information and the last “current” information available is nearly two years old), on handle nationwide the industry actually barely underperformed in 2020 compared to 2019. This is because tracks that operated in states that didn’t follow Louisiana’s unwise path of widespread economic lockdowns saw huge revenue boosts and, if it weren’t for changing the dates of the Triple Crown races that pull in a substantial portion of total industry revenues and saw a significant handle decrease, 2020 actually might have eclipsed 2019.

But it hasn’t been just the decline of Louisiana Downs, once a top five track in handle that saw Triple Crown winners run in its Super Derby. Cumulative state handle dropped from $219 million to $194 million from 2015 to 2019 while nationally it remained essentially flat.

Many things have impacted negatively the industry over the past few years. Doping scandals (that prompted federal legislation, including at the Kentucky Derby and potentially connected to horse deaths at Santa Anita and other tracks), other sports betting (including “historical horse racing,” or replays of old races on which bets are placed on a slot machine-like device that a few states, even ones without a track, have authorized) eating into the market, and increased horseman costs keep squeezing margins.

Other states’ action haven’t helped Louisiana, besides approval of historical horse racing at casinos. Neighboring Texas and Oklahoma have added their own tracks since the Downs opened in 1974, and Oaklawn in Hot Springs has maintained a higher profile to suck in regional railbirds, removing potential customers at the Downs. As a longer point of reference, in its heyday the Super Derby offered a winner’s purse of $600,000; now, it’s $180,000.

One more datum reflects the Downs’ decline. Its last exchange of ownership happened in 2002, when it went for $73.25 million on handle of about $82 million (with slots having just started). Without the current sale, regulators feared the whole thing might go under, as did the once-healthy Jefferson Downs in 1992.

Which is not an encouraging tale for all but New Orleans’ Fair Grounds, owned by one of the three behemoths nationally, Churchill Downs, that has the financial heft to withstand negative industry trends and which accounts for about two-thirds of all handle statewide (when last Louisiana Downs was sold, its handle was about the same as the Fair Grounds’, which nearly had closed 15 years earlier until Churchill rode to the rescue). The other two tracks, Delta Downs and Evangeline Downs, together don’t match the handle at Louisiana Downs, with Delta Downs having no OTB and Evangeline Downs actually making more from OTB than live racing.

Faltering tracks also impact the state’s breeding industry, which gets a small cut from track revenues. The state also has an outsized history in producing jockeys, with several in the National Museum and Racing Hall of Fame, whose careers started on state tracks. And, of course, a complex array of state taxes means the industry contributes a few million bucks annually to state coffers.

There seems little in the way of state policy that can revive track fortunes, and with the closure (and perhaps decamping to St. Tammany Parish) of Bossier City’s DiamondJacks casino, maybe the Downs will have a bit more breathing room. But as of now, an ownership change doesn’t make any more likely a permanent reversal of fortune for a track whose handle nearly four decades ago matched the entire current state handle.