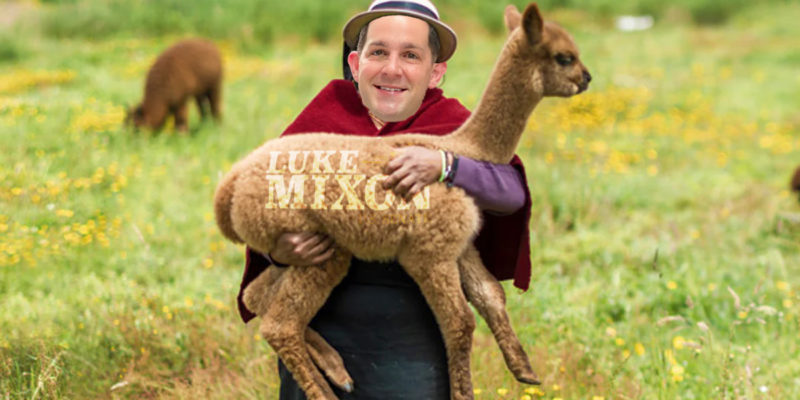 It’s probably not fair, as a matter of polite discourse, to say that Luke Mixon is nobody. He is, after all, an American citizen and a military veteran who has gainful employment. Jesse Jackson would certainly say that Mixon is somebody – albeit, perhaps, grudgingly, given that Mixon is a person of pallor.

And having a giraffe or an alpaca as your spirit animal is not a disqualifier for public office.

But in the context of handicapping next year’s U.S. Senate race in Louisiana, it’s eminently fair to say that Mixon is a nobody. John Kennedy is one of the most popular senators in America and is enthusiastically admired by a majority of the state’s voters. To beat such an incumbent, what’s required is a candidate who is equally qualified and/or admired.

Maybe if you ran Drew Brees against Kennedy there could be an interesting competition.

Mixon is politically nobody because nobody has ever heard of Luke Mixon. He’s a 42-year-old airline pilot who lives in Baton Rouge, grew up in Bunkie and flew fighter jets in the Navy. Nothing in that curriculum vitae suggests he’s ready for duty in the U.S. Senate.

And nothing in the announcement of his candidacy suggests it, either.

We’re told that Mixon’s campaign is going to be run by Richard Carbo, John Bel Edwards’ consultant. If that’s true, this is going to be a facsimile of the 2019 governor’s race that never was, Kennedy having decided to stay in the Senate rather than go to war with Edwards’ machine.

Except that Carbo’s campaign will be trying to beat somebody with nobody.

The problem here is that Louisiana’s voters in 2022 aren’t going to push a button to send more Democrats to Washington. The Democrats’ politicians know that, which is why Carbo is stuck running Mixon rather than somebody with some name recognition or a political record.

And based on what we’ve seen so far, you really can’t equate Mixon to the last combat aviator who got into a Senate race in Louisiana. Rob Maness didn’t hook up with anybody’s political machine and he didn’t spout a bunch of talking points from party headquarters like Mixon did. Of course, Maness topped out with 14 percent of the vote in 2014, which wasn’t even close to enough to knock Bill Cassidy out of the runoff with Mary Landrieu. Maybe party-HQ talking points were what he needed.

Maybe Mixon actually believes what’s in that announcement. Maybe he thinks it’s John Kennedy’s fault that Louisiana’s economy has been in the trash ever since John Bel Edwards first got elected. If so he’s really a nobody – a nobody with a bad understanding of civics.

That isn’t our guess. Our guess is that Carbo and the rest of the John Bel Edwards Democrat machine went shopping for a white Democrat – any white Democrat – they could run against Kennedy, knowing they won’t win but at least hoping to trail in a bunch of national money they could dip from in a lucrative but futile race that would at least give them an opportunity to try to score all the political points against Kennedy they missed their chance to back in 2019.

The real question here is what about the majority of the voters in the Louisiana Democrat Party? Right at 60 percent of registered Democrats in Louisiana are black, and yet they’re going to just sit there and let Carbo run an alpaca-necked airline pilot in a Senate race?

Sure, Adrian Perkins was a disaster, partially because Derrick Edwards and Antoine Pierce jumped in and split off 14 percent of the vote. Perkins was the Democrats’ lead candidate against Bill Cassidy and all he got was 19 percent. He might have gotten to a third of the vote against Cassidy, which would still have been a terrible showing.

But what makes anybody think Kennedy is any more beatable than Cassidy? It’s a suicide mission anyway. Why let this Mixon guy raise all the national Democrat money?

Here’s hoping that this race fills up with entrants, particularly on the Democrat side. We’d love to see a cornucopia of nobody hop in.

Come on, Gary Chambers. You’re not really going to sit this out, are you?