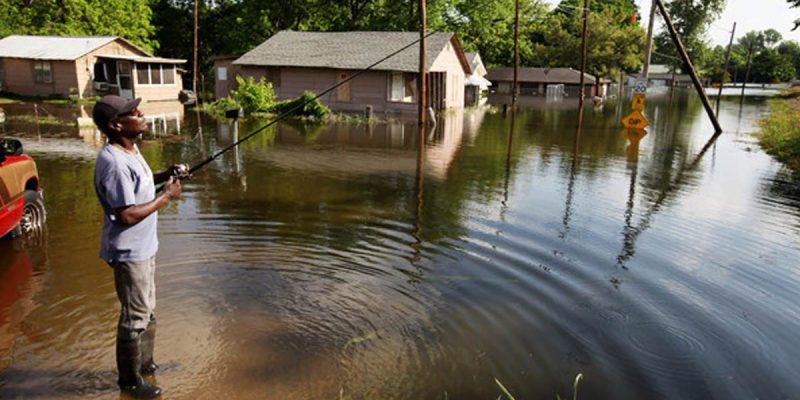 Although some of Louisiana’s members of Congress oppose the implementation of National Flood Insurance Program reform at this time, it’s happened and, if rolled out properly, will reduce overall taxpayer risk and bring comparative rate relief to many clients.

Since its most recent significant alteration nearly a half-century ago, the NFIP has proven a fiscal nightmare. Only property owners with a federal government-backed mortgage legally in zones defined as particularly flood-prone must have it, with it over time having received $60 billion premiums but paying out $96 billion. Further, because of data and technology abilities in that era, policy pricing didn’t reflect individual properties but instead followed a crude blanket approach that itself tended to underestimate risk in higher-risk areas and overestimate it elsewhere, which effectively meant lower-risk properties subsidized higher-risk ones.

Another factor also historically skewed pricing: federal government willingness to pass one-off disaster aid legislation to reimburse owners wracked by flooding, such as the bill last week that addressed a host of recent disasters to hit Louisiana and some other states. And yet one other has allowed for pricing that doesn’t properly account for risk: the willingness of Congress simply to write off NFIP debt as it did in 2017 and has proposed doing again. Both serve to make some taxpayers subsidize the living choices of others by assuming part of the latter’s risk.

The latest program changes, which took effect for new policies or renewals last week, try to address some the imbalance. These introduce property-specific criteria that more accurately align rates with actual risk. Applied without any modification, a small number of rates would jump several times the current amount, but the law phases in such increases to 18 percent a year. Additionally, about a quarter of properties qualify for various legally-required hold-harmless exceptions that artificially lowers pricing and necessitates continued subsidization, although their numbers will decline over the years.

As opposed to rates for some, which could continue to rise for many years to come until they reach their actuarial targets. In fact, where increases for primary residences would occur, three-quarters of these would have seen hikes greater than the 18 percent cap if it didn’t exist (although at the reassessment’s start, the maximum payable rate would fall almost $34,000 to $12,125, but then would rise over the next few years and theoretically could breach that current level in less than a decade). And to reach actuarial rates, maximal increases could last over a decade; a tenth of policies are estimated to continue rising in price past then.

This possibility has perturbed some Louisiana members of Congress enough to call on delaying, if not reevaluating, these changes. Since the program nationally has not properly funded actual risk, while 23 percent of ratepayers across the country will see decreases, most of the rest will face increases. Predictably, given Louisiana’s geography, the proportion in the state that will see rates fall declines to about a fifth, and some will see years from now fantastically higher rates.

These politicians do have something of a point. The rollout has brought a lot of unanswered questions, such as inability to give ratepayers even a forecast of where their rates may go past this year, and there looms the possibility that sharply higher rates would drive some out of the program and thereby achieving the opposite of shoring it up.

But in the long run the changes benefit the Louisiana taxpayer. The private market for flood insurance has continued to grow at the government-run program’s expense – partly because the maximum insured amount for a structure has a cap of $250,000 in the NFIP – because market mechanisms often deliver better pricing. So, it’s no accident that NFIP reform has focused on making the program more like those offered outside of government.

Also notably, some hefty premium increases would have been on the way without the change. Because of the program’s huge deficit, previous statute allowed annual increases of 5 to 25 percent (only 18 if a primary residence), and across the board. Comparatively speaking, much more than 23 percent of the country’s ratepayers might have paid higher rates next year than they will under the new rules. And if consumers don’t like the new pricing, they can try the burgeoning private sector (although regulation hampers this delivery somewhat, such as having to conform to NFIP rules and no hold-harmless exceptions if exiting NFIP for private and then reentering).

Making the NFIP more like private sector insuring is the right move. However, the program always will have fiscal problems as long as it allows exceptions, private insurers continue to outperform it, and if Congress stubbornly keeps on passing one-off disaster relief legislation. Together, these serve to prevent broadening the risk pool necessary to remove it as a burden to taxpayers.

Regarding flood insurance policy, the federal government would act most sensibly either by requiring every structure has it or by exiting the business entirely (with the option of piecemeal disaster response appropriations) and leaving it to the private sector. Since the political will to do either is missing, the half-measures now going into effect will make the NFIP less of a money pit, give many ratepayers relief, and ask less of taxpayers.

Interested in more news from Louisiana? We've got you covered! See More Louisiana News
Previous Article How Much Faith Do You Have In Louisiana’s Medical Establishment Right Now?
Next Article BLANCO: The Ghost of Histories Past