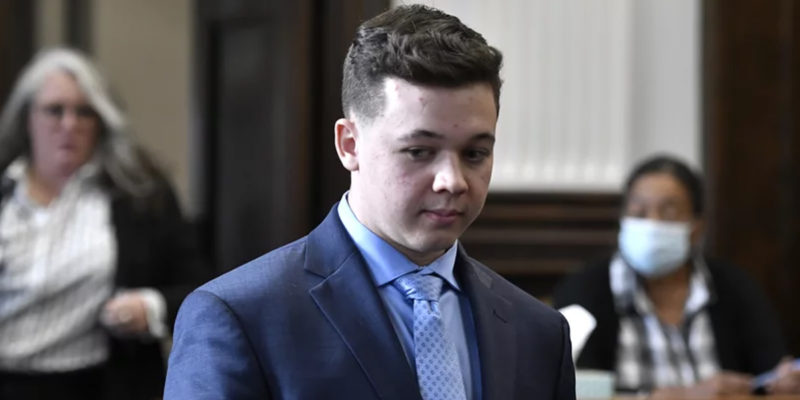 Is there a right to loot, pillage, and assault without consequence in America if said actions are an extension of a “social justice demonstration?”

A guilty verdict in Kyle Rittenhouse’s trial would have sent a clear message to both perpetrators and victims that the former may rampage with impunity while the other must helplessly endure the ravages of a mob unless they want to risk prosecution from the Left’s agents of the state for having the temerity to defend life and property.

If law enforcement were permitted to effectively deal with rioters there would not have been a Rittenhouse(s) on the streets of Kenosha.

Thanks to media false framing of these protests that become full-scale riots, law enforcement is reluctant to more forcefully deal with these destructive and organized social disturbances.

Police ultimately answer to ranking commanders, who are promoted because of their malleability. Those commanders in turn answer to craven politicians who ultimately seek to placate the rabble, those being professional protestors, and the better element, affluent vain voters/contributors who wish to preserve their fashionable politics and maintain a connection to “the struggle” so long as it’s not their property being ransacked.

And even then, these well-heeled denizens of what was America’s once great cities live in the cesspool yet still above the fray, the access to their comfortable housing units guarded, their exposed assets insured, and their wealth not within reach of a crowbar.

That some of the most inept mayors in the country have been overwhelmingly reelected despite the rampant and accelerated decay of their cities, from poorly maintained infrastructure to wasteful spending to declining public safety, is Exhibit A that far too many Americans value their political identity over their life.

Better to “check in” on social media from a toney hell than actually have a zip code in bourgeois suburban tranquility.

The facts of what happened on the streets of Kenosha, Wisconsin on the night of August 25, 2020 were presented unfiltered to the jury but were intentionally scrambled for effect by the established media to the rest of the world.

The purveyors and exploiters of rage pushed false narratives and outright lies, inflaming the impressionable and emboldening those seeking to unleash terror on the streets.

Yet those citizens who were charged with deciding the outcome of the case did so with blinders to the outside distractions, as every criminal case should be decided.

They did not arbitrarily grant mercy to the teenaged defendant; but issued a verdict based upon the facts of this unique case.

First Joseph Rosenbaum made the stupid decision to chase an armed Rittenhouse, throw something at him, and tried to grab his weapon. Rosenbaum was fatally shot while doing so.

Secondly Anthony Huber attempted to strike an armed Rittenhouse with a skateboard and also made a play for his rifle. Once again this unwise act led to a fatal shooting.

Rittenhouse then had a gun drawn on him by a volunteer “medic” Gaige Grosskreutz, who was on the scene to provide succor to those engaged in the violent civil disorder. Grosskreutz was part of the People’s Revolution and had just been picked up not long before trying to dox police officer’s personal vehicles.

Of course if Grosskreutz were present just to play urban warfare nurse then why did he pack a pistol with him?

This guy was more Leon Trotsky than Florence Nightingale.

All three individuals shot by Rittenhouse had disturbing criminal backgrounds, with histories of exercising very poor judgment. And all three paid dearly for pressing their luck.

Whether Rittenhouse should’ve been there armed with an AR-15 was not the question in this legal matter; rather, did he justifiably use deadly force in that situation?

The answer is yes across the board. And let there be little doubt that had the three had the opportunity, Rittenhouse would’ve been the one lying dead in the street

As expected the not guilty verdicts set off another wave of violent protests (aka riots) in Oregon’s largest city and police were once again compelled to retreat to safety.

The feckless political leadership and deluded electorate own this latest flare-up and property damage more than the ones lighting the fires.

The leftist radicals want to send a message that court outcomes that do not meet their demands will be met with chaos. It is up to courageous, objective citizens serving on juries to ignore the external pressures.

Interested in more national news? We've got you covered! See More National News
Previous Article What Should We Make Of The Big Legislative Committee Changes?
Next Article CROUERE: Joe Biden – Who Else!? – Is The Turkey Of The Year