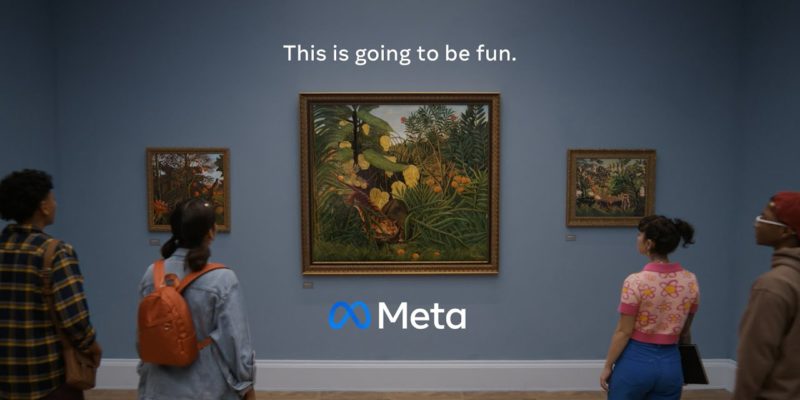 Shapiro was on Rogan’s podcast yesterday, and the subject of the metaverse, which is what Mark Zuckerberg is now recasting Facebook (the company’s name was changed to Meta recently) to live inside, came up.

It’s nine minutes of your time well worth the investment.

The thing about this is, the metaverse is the Matrix. If you don’t understand what the metaverse is, that’s your explanation. Zuckerberg thinks he’s going to get the whole world to buy into living their lives in a virtual reality cocoon and that’s going to be the future of his company. You probably have seen the ad for it; it’s all over TV now.

You’re supposed to look at that and say, “oh, how cool.” But the truth is, it isn’t cool. The truth is, it’s horrific. The idea that you’d put on a VR suit and goggles and go sit in a chair somewhere, letting your body wither to nothing (maybe with an IV tube feeding you and a catheter taking all your waste away) while you “live” a fake life based on algorithms controlled by someone else should make you not just uncomfortable but enraged.

Would you give your life over to Mark Zuckerberg? What moral authority or basis for confidence could you possibly place him him based on his track record? Have you seen Zuckerberg testifying before Congress? It isn’t impressive. In fact, it’s patently obvious every time he’s asked questions even the slightest bit outside of the tech-geek social media or software code niche that Mark Zuckerberg is an overgrown kid who hasn’t the faintest idea what he’s doing. He’s LeBron James with a laptop, Britney Spears with 100 billion dollars. He’s literally the last person you would give responsibility for your welfare to.

The robber barons of old, the Baruchs and Carnegies and Morgans and Rockefellers, at least showered the cities they lived in with beautiful things – museums, zoos, theaters, parks, universities. To live where they’d built their empire was to be a beneficiary of their success. What benificence has Mark Zuckerberg bestowed on us? The Center for Tech and Civic Life, and its $400 million spent to rig the 2020 presidential election and give us a doddering invalid crook in the White House as the country rapidly melts down?

Allowing Mark Zuckerberg to suck your children into his own personal matrix is the stuff of horror. There is a reason, as Shapiro notes in the clip just below, why the Chinese are standing against this – and there’s a reason why our elites aren’t rushing to join into the metaverse.

This must be resisted. It’s been predicted in science fiction – and not favorably – for decades. This is Brave New World, where the population is pacified with soma as an awful elite assumes absolute power for itself. Opposing the metaverse should be a prime part of both parties’ political agendas, though we know that only one will even consider it.