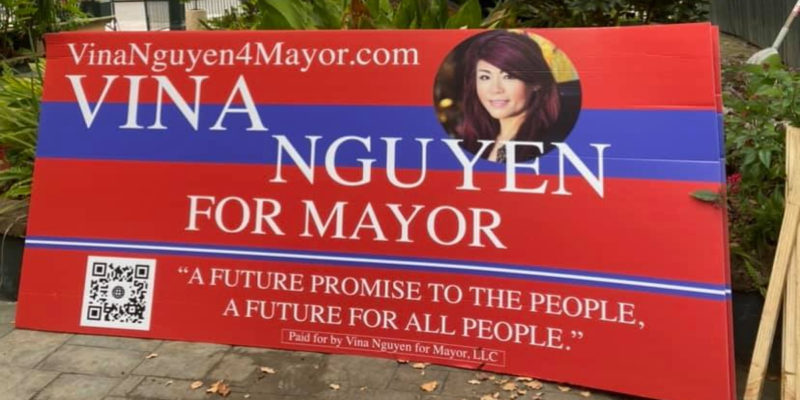 When looking at the Mayor’s race in New Orleans, don’t blame Republicans for the re-election of Latoya Cantrell.

While the election night results were not what many in the city wanted, nor is it what the city needed, at the end of the day Republicans did unite in a sizable protest to show our opposition to the current administration. When dissecting the results of the race, what is clear is that City Council district A of New Orleans, seems to be the sole voice of opposition.

The growing, if nascent, momentum for conservative votes in New Orleans seems to have been building since the candidacy of Claston Bernard in last year’s congressional race where he received 8% of the vote. What is clear from last night’s results is that Republicans are ticking slightly upward in the city. Unfortunately, the volume of Democrat voters, who prefer the failed status quo, was too large to overcome, but that doesn’t necessarily corelate to a Republican loss.

With this gaining Republican momentum there is hope that Republicans can regain a voice of opposition that was stolen from us 10 years ago during redistricting. In 2011, then city council-woman Susan Guidry gerrymandered out what was once a reliable Republican council seat. Republicans actually had a seat at the table in New Orleans politics and provided an alternative point of view to the liberal agenda. But once Democrats finally won the seat, they redrew the district to shut out not only Republicans but also a healthy debate on the many issues plaguing the city. A viewpoint that is much needed today with crime, sanitation woes and crumbling infrastructure killing our city’s economy.

Because of the help of the Louisiana GOP and the New Orleans Republican Party Executive Committee, Vina Nguyen showed that the once-Republican district is alive and well and needs its voice back on the council this upcoming redistricting.

For the past ten years Democrats have had a monopoly of political philosophy in New Orleans politics and last night’s results showed the public wants a new voice.

It’s time to redraw city Council district A back to what it once was, a voice of reason and much needed opposition.

Kirk Williamson is a business owner, Ph.D. student and Naval Officer who lives in New Orleans.