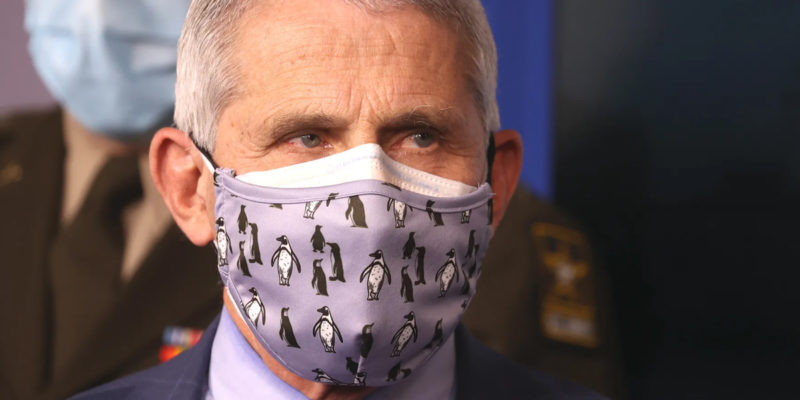 I “predicted” that the jobs report was going to be dismal, and I was proven right. In typical political writer fashion, I came here to boast about how I am always right about these things and you were wrong for disagreeing with me and blah blah blah. As if you really need to read another know-it-all bloviating for their own egotistical needs.

In all honesty, I just speak from the heart, use my brain, and try to bring something unique. I don’t need to placate my ego and I get paid well enough to write- well enough to afford one of the nicest tents underneath the freeway.

I did have a sense of urgency to be ahead of the jobs report because I had the feeling that they were going to use the November jobs report as an excuse to hype the Omicron and Delta variants and push boosters, lockdowns, fear, and call people selfish. That last one is really the ghastly part of their argument, ‘If you don’t do what I tell you, I will take things away from you, deny you the ability to earn a living, make sure you can’t participate in society, harm you any way I can, I won’t tolerate your selfishness.‘ Expecting people to just cast away their deepest-held beliefs on your command is the epitome of selfish, not the other way around. But I digress.

They knew the economy is falling apart. They knew the numbers before they were released to the public and began prepping people by blaming the collapsing economy on the viruses. The reality is, the economy is falling apart and they needed something to blame. They tipped their hand trying to deflect from the state of the economy. It’s not Pendejoe’s fault, it’s not the devastating economic policies of the Democrat party, it’s the fault of the great Omicron variant.

And now, on top of the jobs report, we see the numbers on inflation from November. They’re terrifying.

This isn’t because of the virus, and nobody is buying into that narrative except for people who want to buy into it. The virus has been a goldmine for the Democrat party, but it’s quickly becoming a depleted hole. Covid has affected us for more time under Pendejoe now than it did under Trump, and they want to hit the panic button over Omicron?

Take Fauci, who suffers from a God complex and thinks the world will forever remember him as the sole savior of the universe. Listen to him talk, he thinks the entire world worships him. He’s wrapped up in leading his world religion of Faucism, where St. Anthony is the greatest saint of all, and Randpaulians unjustly crucified the lord Fauci-christ. The world, meanwhile, is hesitant to line up for their bi-annual communion of booster shots, and the un-vaxxed become more sure of their decision not to have the kool-aid injected.

Some might suggest that back in the 80’s when Fauci wasn’t denying experimental drugs to  AIDS patients and spreading scary misinformation, he took his fame to Hollywood and co-starred in a movie with David Bowie. Though it seems Shari Weiser gets credit for the role and they claim it was a puppet. I never watched Labyrinth before, and thanks to Dana Loesch, I now know who Hoggle is. I will never see Fauci the same.

Ben Franklin had a saying, “Fish and guests stink after three days.” And Fauci’s presence is really getting outdated. He’s the mother-in-law who moved in for 2 weeks to help with the newborn child, only two years later she’s still there giving you daily chores to make sure your house is up to her standards. He’s a reminder that Biden failed to get the virus under control and drags Biden further down in the polls. The Democrats desperately need to find a new schtick and everything they try fails.

In the 1970’s, the Democrat party was full of proud liberals, pushing the same ideas that they have today. Jimmy Carter installed solar panels in at the White House, and alternative energy was a big thing back then.  They took the same soft-on-crime approach we see now, and in 1988, that soft approach ended the Dukakis campaign for President. The same approach to foreign policy, where America didn’t take the lead, even cowering to terrorism during the Iran Hostage Crisis where the American embassy was raided and more than 50 Americans were held hostage for 444 days. America was so dispirited that it took the Miracle on Ice, an Olympic hockey game, in February of 1980 to make Americans feel good about their country. That fall, Reagan accepted the nomination and it was morning in America.

Democrats shed the term they once proudly called themselves (Liberals), and began to move to the term moderate. You couldn’t find a “liberal Democrat.” The “Moderate Democrat” quickly became the self-description of remaining Democrats, so ashamed of the extreme left in their party. Oh there were some proud liberals left, enough to fill a phone booth without Dustin Hoffman. For the most part, the word Liberal was seen as a demonizing term. Even to this day, extreme leftist find the term offensive even though, they ruined the word.

In 1992, Bill Clinton branded himself as a “New Democrat,” running as far to the center as he could while still managing to win the Democrat nomination. After the Democrats lost control of the congress for the first time in 40 years, Clinton moved even further to the right, portraying himself as middle of the road.

Now, Democrats have completely shed that moderate term, calling themselves progressive, adopting the party’s previous generation’s socialist ways, and destroying the Democrat brand name. In 1980, there were 3½ networks controlling the narrative. Despite the internet’s Ministry of Public Enlightenment and Propaganda with its heavy handed control over the spread of information, people are still more able to access information than they were 40 years ago. My guess is, you’ll see the Democrat party shift to moderation before rebranding their craziness under a different word… if there’s a party left.

Interested in more national news? We've got you covered! See More National News
Previous Article We Should Apologize To The Louisiana Legislature After Its Action Today…
Next Article Tate Picks Bob Mann Over Jeff Landry, And Landry Isn’t Unhappy