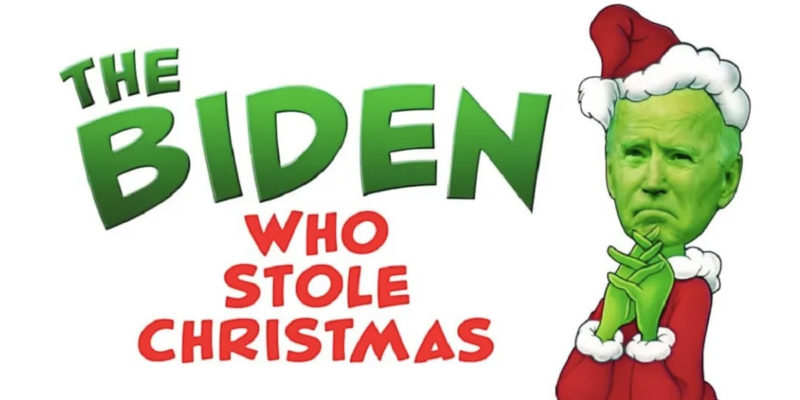 There are certain things that should be pointed out from time to time. One is that The ReidOut on MSNBC exists so that privileged white progressives can say they know a person of color. Other things that are left unsaid but should be stated more often such as, “why are you celebrating a first down when you’re getting blown out?” Some things you wish would get said, but somebody else must say it, such as Al Michaels or Mike Tirico should tell Chris Collinsworth, “He is not the greatest player ever in that position” on any given Sunday Night. Seriously, Collinsworth’s droning on and on about how each week the greatest player ever is on the field right now is as annoying as Skip Bayless proclaiming his love of somebody 20 million times right before he brings himself to make a critique of the person.

We should say “Thank you,” or “I appreciate you,” for the things that we take for granted. During trying times we ought to remember all the different ways law enforcement contributes to our lives and take a moment to express our gratitude to the officers who serve and remind them the vast majority of us still respect and support them.  We ought to remember, when there are inconveniences in our life that somewhere out there is some guy standing in the cold, maybe in the snow, with a gun in his hand. He’s far away from his family so we can be near ours. We still have our country because of those who served in war, we have times of peace because of those who stand ready for war.

So, as we approach this Christmas day there is a lot to give thanks to the reason of the season, Jesus Christ. And for you leftists who are getting offended – instead of being jealous, try bringing peace to people’s lives for once, maybe people will finally like you too.

There are things that are left unsaid which should be said, such as that viruses typically weaken as they mutate and that the weaker a virus is, the easier it is to transmit, while the opposite is also true, the harder it is to transmit, the deadlier it is. In fairness, the COVID virus hasn’t acted naturally, but if it isn’t natural, then wouldn’t that give credence to it being man-made? But since it is natural, then we must also assume that it’s acting like a natural virus and the Omicron variant is spreading much faster because it is much weaker.

Since the Omicron variant isn’t producing deaths and is far weaker than the 1% death rate of the original COVID-19, this should give us pause to cheer, not fear. To hear people fearful of the Omicron variant despite the lack of evidence that it is especially harmful leaves me looking at those people as well… I’ll give you a hint, it’s a five-letter word for a cat. Here’s the reality, most people who are still wearing the mask are saying they are doing it to protect other people, but the reality is they are trying to protect themselves. Others wear the mask because there’s a character issue that they wish to hide. The prior are slowly recognizing that there is no point in wearing a mask as they see people who never wear the mask continue to live and one by one they are discarding their own masks. This leaves those who have character flaws left and the rest of us become cognizant of their untrustworthiness.

Some things should be left unsaid such as asking somebody else about their vaccination status. It’s none of your damn business what they chose to do. If you’re vaccinated, you’re protected, so why do you care? And if you’re not, you’ve made your choice to trust your immune system. Still, the way I see it, there’s not a whole lot of people trying to prevent you from getting vaccinated, but there are a lot of vax-Nazis who are demanding others to be vaccinated. It’s almost like that guy trying to lure children into the van with candy in his pocket or that drug dealer giving you the first couple of doses for free. Deep down, you know not to trust them.

Another thing that should be left unsaid is Pendejoe’s upcoming speech. To top it off, it’s just four days before Christmas. Inspired by the Grinch Who Stole Christmas, Biden and his Faucist minions can’t handle people being happy with their families. This scare tactic will completely backfire on Biden’s administration.  A president can overcome assaults on his character, especially if those accusations prove false, but a President who loses favorability due to policy cannot recover. Pendejoe is the latter, and at this stage of his Presidency, he’s got three more years to go downhill. I’m not sure if the Democrats will continue to follow him, but the Republican in me is hoping for that Christmas miracle. The more the Democrats follow him, the more they destroy the brand name of the Democrat party. The lower their poll numbers, the more of a Christmas present it is to me and the GOP.

But most people won’t see this as a Christmas Gift and the looming promise of lockdowns does nothing more than steal the joy out of Christmas for thousands of families. Pendejoe’s handlers would be smart to prevent his speech Tuesday night, but they simply aren’t that smart.