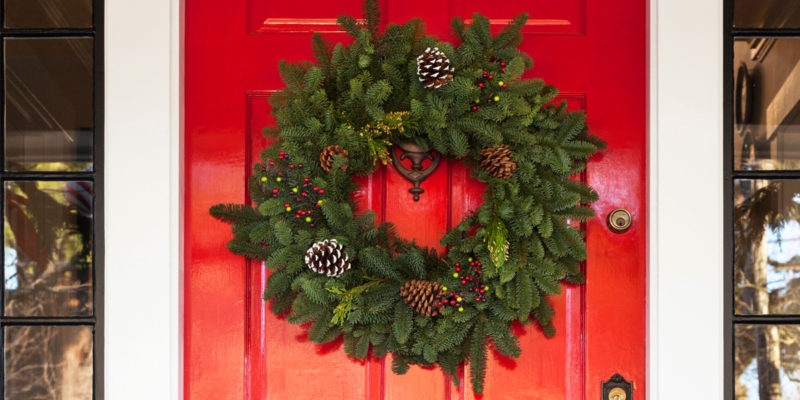 We’re going to change up the format a little around here this week, because we’ve got an awful lot going on and with the mad rush before the holidays you’re probably just as busy.

So while Jeff Sadow’s column will appear daily and we’ll still have some of our other normal items, we’ll just have a daily Christmas Week notebook piece popping every morning in this space. And next week, the official lull between Christmas and New Year’s Day, you’ll see us power down a bit. I’m going to be off, not on a vacation but focusing on other things. Most specifically the fact that I’m under contract to deliver a first draft of The Revivalist Manifesto to Bombardier Books by the end of February and I’m taking next week to fully dive in and get that project into high gear.

So the six or eight posts a day here that you’re used to will likely be more like three or four, or even two or three, until after the first of the year.

In the meantime, here’s the first of the Christmas Week quickies…

Jim Garvey wins: Last week the Board of Elementary and Secondary Education did the right thing in making veteran member Jim Garvey, a Republican from Metairie, its new president. Garvey’s election shouldn’t have been much in doubt, as there are six Republicans out of 11 BESE members. And those six represent six of the eight elected BESE district representatives, which, as we said, indicate that Louisiana has voted decisively for BESE to have Republican leadership.

There was some buzz prior to the election that a couple of Republican BESE members were considering voting for New Orleans Democrat Kira Orange Jones rather than Garvey. A grassroots response seems to have played a part in putting an end to that.

It’s nice when things work out the right way.

LaToya Aims Her Needle At Small Children: New Orleans just gets worse and worse. Now, that city’s lunatic mayor is demanding vaccinations for kids as young as five against COVID, despite zero evidence this does more good than harm.

New Orleans’ vaccine mandate, which requires patrons of restaurants and events to show proof of vaccination or a negative COVID-19 PCR test from the last 72 hours, will expand to children as young as 5 years old starting in 2022, officials said Thursday.

The decision was hinted at in a Tuesday press conference, when officials said “adjustments” to COVID-19 protocols would be made amid a rise in cases due to omicron.

The expansion of the rule begins Jan. 3 and will require children as young as 5 years to have proof of at least one dose. In February, Mayor LaToya Cantrell said the rule would again expand to requiring proof of two doses to everyone eligible for a vaccine as well as the negative COVID-19 tests.

“Only 27% of our 5-17 year olds have been fully vaccinated,” Cantrell said during the press conference. “We know that we must do better and we also know that we can do better.”

It’s time for the rest of us to boycott New Orleans. Yes, that will hurt innocent business owners in the city. The response, of course, is that it’s time for those folks to get out of there as fast as they can.

But it was widely known back in November how loony LaToya Cantrell was, and she won re-election with almost two-thirds of the vote. Elections have consequences. She’s called her shot, or shots in this case; the rest of the New Orleans metro area and state should do likewise.

We’ve been saying for weeks, after outgoing Jefferson Chamber of Commerce president Todd Murphy suggested it in his farewell speech, that the suburbs need to stop taking their lead from the city of New Orleans. We would go further. We’d say that Jefferson, St. Tammany, Plaquemines, St. Charles and St. Bernard Parishes ought to be actively working to poach jobs and capital out of Orleans Parish in a predatory economic development strategy.

The people of Orleans Parish chose to be led by a tyrant. We have very little sympathy for what comes next. We’re rooting for those who still have some notion of liberty and limited government to succeed at their expense.

Michelle Odinet isn’t alone: Over the weekend, the Louisiana Supreme Court appointed Vanessa Harris, a retired city court judge in Opelousas, as judge pro tempore to replace Michelle Odinet, who was suspended amid that controversy last week surrounding her apparent use of the “N-word” in a video posted to social media after Odinet’s home was invaded by a black attempted burglar. We had posts on that subject here, here and here.

Harris is black, which gives a special bit of irony to the Odinet story.

But in Alabama, something of the reverse has happened. Here’s a different story than you’re used to…

An Alabama judge was removed from the bench for committing several substantial ethics violations, including referring to another judge as an “Uncle Tom,” a derogatory term meant to describe a Black person who is overly allegiant to White people.

Jefferson County Judge Nakita Blocton, who is herself Black, “engaged in a pattern and practice of making inappropriate comments – for example, calling one judge ‘Uncle Tom” and another judge a ‘fat b****’ and calling an employee a heifer,” according to the findings of a commission that filed a complaint against the judge for various ethics violations.

The commission also found that Blocton engaged in a pattern of abuse of staff, attorneys and litigants that included referring to one employee as a “heifer” and verbally abusing and belittling another employee.

What’s Biden going to say tomorrow? There’s a lot of speculation out there, as Jeff Crouere notes today, that tomorrow this major speech by President Biden on America’s fight against COVID will essentially turn the unvaccinated into the modern-day kulaks or Jews. As in, the unvaxxed are responsible for all of the world’s problems and they must be cracked down on.

They hate you and want you dead if you refuse to submit to their program. pic.twitter.com/KR3EKoxlkQ

How does that even get released to the public?

If Biden gives a speech demanding lockdowns and violations of civil rights for the unvaxxed, he’s going to regret it. The country isn’t going to put up with that, and his bad approval numbers will only get worse. States like Texas and Florida will be in open revolt against the federal government on COVID policy and it’s going to get weird around here next year.

But one supposes we’re prepared for that. You can’t get a whole lot weirder than 2021, after all.