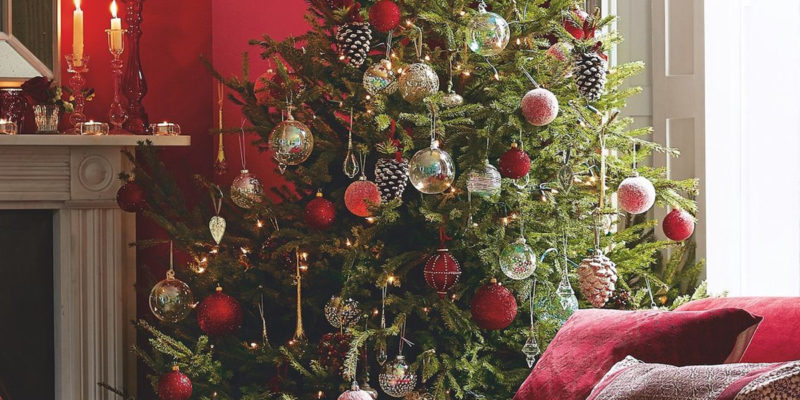 A second bite at the apple as we continue with our scaled-down, quick-and-easy Hayride Christmas Week notebook entries.

Me on O’Reilly: Bill O’Reilly isn’t on Fox News anymore, but he’s certainly still around. O’Reilly does guest appearances on national radio and TV shows pretty constantly, but he also does a streaming news show every night at his BillOReilly.com website.

And it turned out that yesterday O’Reilly wanted me to go on his show. So I did.

Last week I wrote an American Spectator column about the George Soros-backed leftist district attorneys who have gotten elected around the country and the damage they’ve done in places like Philadelphia, and O’Reilly picked up on it. His people reached out over the weekend and they had me on. Here’s how that went…

If you notice something strange over my left eye, it’s a stye. It’s going away but I’ve had the stupid thing for a week and a half and it’s been on display first at the Hayride Metairie dinner and now on an interview with O’Reilly.

I’m not bitter about that at all, though.

Anyway, I thought the segment went pretty well. The folks who saw it when it was shared on Facebook seemed to like it.

Our Branch Covidian government suffers from Omicrondria: Virtually every scientific evaluation of this new Omicron variant of COVID-19 indicates, as did the South African doctors who first identified it, that it won’t likely make you very sick. It’s a highly infectious but exceedingly mild strain of the virus.

In other words, absolutely everybody is going to get this, and that’s actually OK. It might make you sick for a couple of days, but you won’t die and you won’t need to go to the hospital.

And by the way, being vaccinated won’t stop you from getting Omicron at all. The whole NFL and NBA have all been jabbed, more or less, and everybody in those leagues is now coming down with Omicron. Biden’s staffers are turning up with it like crazy, and they’ve all been jabbed.

You’re going to get it but it’s essentially a cold. We know people whose symptoms have been a little worse than a cold, but the duration isn’t long and then you get over it.

In Louisiana, case counts are skyrocketing again. More than 2,000 cases were reported over the weekend and more than 4,800 cases in the past week. And yet we’ve only got some 240 people hospitalized statewide still, almost all of whom are Delta cases rather than Omicron.

Objectively you’d say this is a good thing. This is the strain of COVID we’ve been waiting on, the one which finishes the job of getting us to herd immunity with the least amount of harm done. This would be when responsible government and public health officials would insist on staying the course and defending freedom and sanity.

But we don’t have that. What we have are idiots and quacks and psychopaths who thing an outbreak of the common cold is worthy of more Lockdown Theater.

Louisiana’s leading health officials are saying the COVID 19 Omicron variant is bad. And it’s only going to get worse.

In an on-line meeting Monday afternoon, officials from Louisiana’s Department of Public Health called for a return to indoor masking and increase in vaccinations and boosters in an attempt to hold off another virus surge.

Dr. John Vanchiere, infectious disease specialist at LSU Health Shreveport, told KSLA, “We are seeing significant increases in our positivity rates in our community testing and, unfortunately, also in our nursing home testing.

“Those numbers aren’t real big yet, but it is definitely increasing,” said Vanchiere, adding that the Omicron variant is in the state and “it spread like wildfire.”

And how rapidly is this new COVID strain increasing? State epidemiologist Theresa Sokol says that just released data shows that Omicron will soon be the dominant strain in Louisiana.

And Shreveport’s Vanchiere agrees, telling KSLA, “We can expect within the next 10 to 14 days that Omicron will be the dominant strain.”

They’re going to run that mask mandate/vaxx passport crap out there once again, and when they do Louisiana’s legislature had better be ready to fight it. Enough already.

Mardi Gras in New Orleans is finished, you know: Something we’ve been saying for a while is now becoming obvious, namely that New Orleans’ clownish mayor LaToya Cantrell has been slow to commit to parade permitting for Mardi Gras not because of COVID but because she’s allowed the New Orleans Police Department to whittle away to almost nothing and it no longer has the capacity to provide security for parades.

New Orleans is leading the state in new Omicron cases. Health officials on Monday warned that another surge is knocking at our door.

The city is also facing a police manpower shortage, which could lead to abbreviated routes.

In October, the Krewe of Boo’s route was shortened by a dozen blocks due to a security personnel shortage.

The start of parade routes for more than a dozen krewes could change from Jefferson and Magazine to Napoleon and St. Charles Avenue.

Carnival historian Arthur Hardy says the proposition is more than an inconvenience.

“This is a major impact on more than half of the Orleans parish parades,” Hardy said. “[The proposal] shortens the parade route and the experience for riders, it affects businesses along the parade route, and it’s not anything that’s going to be welcomed.”

All eyes ought to be on Jefferson Parish right now, and Jefferson ought to be engaging in a sales job for the ages to pull the big New Orleans krewes across the parish line. Unlike Cantrell’s dead New Orleans, Jefferson has more than enough law enforcement to staff and secure a parade, and unlike New Orleans the indigenous population isn’t as prone to crime and violence during a parade.

We’ve suggested that Jefferson Highway from Ochsner’s main campus to Elmwood Shopping Center, which is a 3.2 mile route, might be a good solution. There are a couple of spots near Ochsner which could be staging areas – there’s a Lowe’s with a big parking lot and an open field on the side across from the side street, and up that side street is Ryan Stadium, which is a baseball park. And then at Elmwood there is lots of space which can be used for a grand parade finale – and maybe even some of the mall could be configured for space to put on a ball.

What’s clear at this point is that the bell is tolling for Mardi Gras in New Orleans. NOPD isn’t going to recover, because the political class in that city hates law enforcement and sides with criminals. As a result, nobody wants to be a cop in New Orleans, and so nobody signs up.

And as Cantrell and the rest of the idiot leftists who run that city chase off more and more commerce, there won’t be enough tax revenue to buy more cops anyway.

Those krewes are going to ride in Jefferson Parish eventually. Might as well get that started now.

Kennedy to Biden: you have to try harder not to suck: This doesn’t require a whole lot of commentary, so we’ll just let it fly…