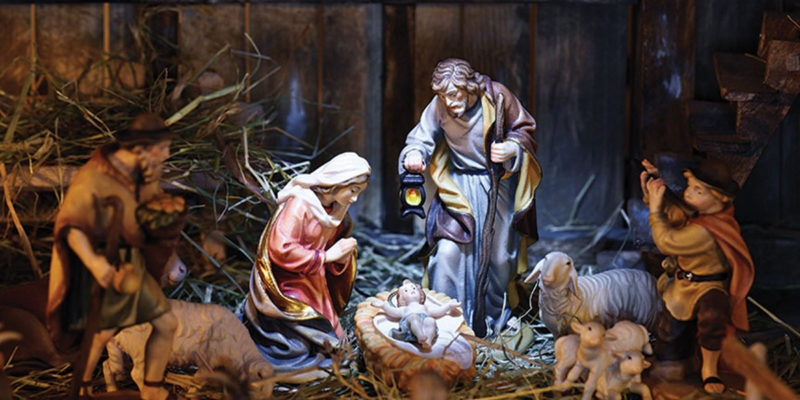 Well, we’re three days away. Has your Christmas spirit kicked in yet? Or is it stuck on a container ship off Long Beach?

She says public safety will be of utmost concern and that she believes Mardi Gras can be carried off safely despite the flare-up in COVID cases nationwide given that 80 percent of local residents have been vaccinated and by urging others to be tested, vaccinated and to wear masks to protect themselves and other parade-goers.

Interestingly, the one parade which didn’t get much of a haircut was Zulu, which loses a couple of blocks at the end of its route. That didn’t go unnoticed from one member of an old-line krewe….

New Mardi Gras parade routes announced by the Mayor today. She said they must cut the parade routes because they do not have enough police to make the routes safe. Gee! They have been doing all they can to drive police to retire, so I am shocked.

No discrimination by the black mayor… except all the white uptown krewes have had their routes shortened. The only krewe with zero changes is the black krewe Zulu. Hmmm!!

I will not ride in Rex this year. (It was shortened.) I will ride in Krewe D’Etat even though we have had my favorite part of our route eliminated. It will no longer start two blocks from my house but instead at Napoleon and Prytania – 13 blocks away – ok not a huge change but it is my favorite part of the parade….At least we will ride!!!

Mardi Gras is going to relocate to Jefferson Parish. It’s just a matter of time. The real question is how many of the Orleans krewes will make the jump this year rather than waiting until the trickle becomes a flood later.

Another Baton Rouge Metro Council Fracas Is Coming: Erika Green, who represents Metro Council District 5 in Baton Rouge, got herself elected as a family court judge earlier this month, so she’ll be coming off the Council. And who replaces her, and when, is almost certainly going to become the subject of a zoo.

There appear to be two objects of contention coming when the Council meets – to pick Green’s interim replacement and set the date for a special election. Six votes are needed to name an interim, and with Green now out of the picture there are seven white Republicans and four black Democrats on the council. If the Republicans hold together they can dictate the future of District 5.

As we understand it, the two most prominent names being bandied about are school board member and ridiculous leftist Dadrius Lanus, and our old pal Gary “Gravy” Chambers, race hustler extraordinaire.

The thing is, Chambers isn’t really interested in the Metro Council, despite the fact he’s gotten himself arrested and/or thrown out of the council meetings more than once. What Chambers wants, and what we want for him, is to run next year against John Kennedy for the U.S. Senate. Chambers can raise lots of money for that race and he’s almost certain to finish well ahead of the white Democrat John Bel Edwards’ machine has already put into that race (we’re drawing a blank on the guy’s name, and it doesn’t matter. We’ll just call him The Alpaca, since what we know about him is he’s quite hairy and has an abnormally long neck).

Our theory is Chambers’ name is being tossed out there as bait to get the white Republicans to back Lanus. It’s not exactly a sophisticated strategy. What the Republicans ought to do is to pick the most moderate candidate they can find and insert him or her on the Council. If there was a black Republican with a political pulse, that would be ideal, but nobody from the GOP can win in Green’s district. A moderate Dem might.

The black Democrats also want an election in the spring, while most of the white Republicans want it in the fall. From our memory these things are always in the fall and never in the spring. Jennifer Racca went in as an elected member in the fall, so did Denise Amoroso.

Chauna Banks, the unmitigated moron who represents District 2, is calling the Republicans racists for wanting the election in the fall. Any of them who listen to her are as dumb as she is. They’ve got no obligation to her or her fellow councilmembers at all. Their obligation is to pick a successor to Green who can show up to meetings and give something of an informed vote on questions before the Council.

Who ran against Green for that seat in 2020? If there’s somebody who got a lot of votes, maybe that’s your best bet.

One way or another, the Republicans shouldn’t give Banks or the other Democrats the time of day. Use the majority, appoint somebody with whom you can do business and who won’t fall in line with Banks’ stupid and hateful diatribes, and let them serve until the fall elections. Our guess is you might have a more productive Metro Council, and maybe the voters in 90-percent-black District 5 will see that as worthwhile.

And maybe the voters in District 2 will see it and like it, and decide that if Chauna Banks was gone things might get even better. Who knows?

Durham closes in: Here’s an interesting video segment. It’s Maria Bartiromo interviewing Matthew Whitaker, who was Trump’s Attorney General for a while. And while it starts with a discussion of the Charles Lieber case – the Harvard professor who’s guilty of giving the Chinese Communists industrial-espionage payoffs, it then veers into the fact that the John Durham investigation is now reaching into the 2016 Clinton campaign in its probe of the Trump-Russia hoax.