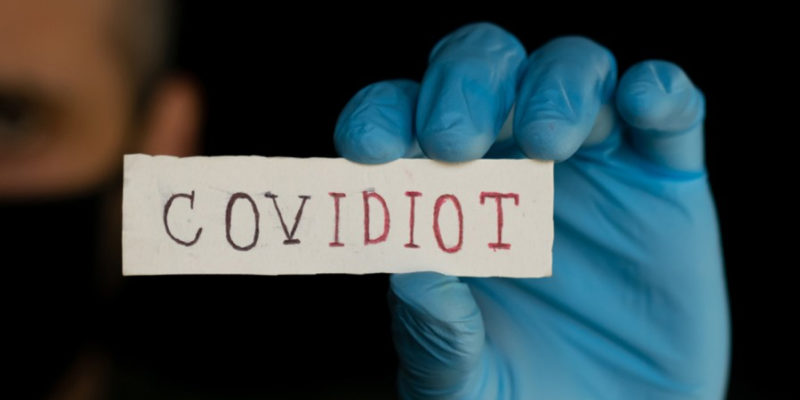 One of the lovely aspects of the English political tradition, which was grafted into Louisiana after President Jefferson bought her from Napoleon, is the many ways it gives folks to combat abusive actions of government officials and those outside its halls:  trial by a jury of one’s peers, the writ of habeas corpus, and so on.

However, nearly two years of COVID policies by government officials and private corporations from school board on up have shredded many of those protections that have stood for hundreds of years, to the point that even the most basic human rights – to worship God in a church with other Christians, to breath unimpeded, to refuse to be injected with an experimental drug – have been grossly violated.

Considering the money Pfizer and other Big Pharma companies stuff into the pockets of politicians, this isn’t so hard to comprehend.  Mr Daniel Horowitz quotes Pfizer’s own PAC message from 2020:

It has been a year like no other, and we are proud of the all the hard work and long hours our colleagues dedicated and continue to dedicate to develop and deliver the first COVID-19 vaccine. As if COVID wasn’t enough, 2020 was also a big election year and Pfizer and the Pfizer PAC continued to support candidates of both political parties who support policies that impact our purpose: Breakthroughs that change patients’ lives. We do not contribute to Presidential candidates or super PACs. In the 2020 cycle, Pfizer PAC and Pfizer Inc. supported 1,842 candidates and multiple political committees at all levels of the government. Forty-nine percent of the Pfizer PAC disbursements in the 2019-2020 cycle went to Republicans and 46% went to Democrats. We continue to advance our purpose to discover and deliver breakthroughs that change patients’ lives, thanks to our PAC members and our Pfizer U.S. Government Relations team, who are on the ground educating and engaging elected officials about Pfizer’s purpose.

He adds in another article,

Pfizer now has 92 lobbyists in Washington split between the two parties, not to mention high-roller PR firms to help with the (political) science. Pfizer’s political action committee donated to 228 federal lawmakers at a price tag of over $4 million. Although people think of doctors and scientists when Pfizer comes to mind, the company likely has as many politicians working for it. The National Pulse found 74 known former White House staffers and staff of members and committees in Congress controlled by both parties now working for the Big Pharma god. Pfizer spent over $13 million on lobbying expenditures, not to mention buying up the airwaves to the point that news agencies cannot report a negative word about the company.

Louisiana’s State legislators, like those in many other States, have been woefully ineffective at rolling back COVID tyranny thus far, but, given the peculiarities of our politics, this could be to our advantage in the end.  Our representatives and senators in Baton Rouge are not shy about attempting to avoid responsibility for difficult decisions by writing proposals as constitutional amendments and presenting them to the voters, who then must make the decisions they were too timid to make.

Since our legislators have been unwilling to pass any meaningful reforms to end the COVID restriction nightmare, and/or prevent any new public and private overreaches in the future, we ask that they follow their practice of past years:  Place a constitutional amendment on the ballot that guards against tyrannical acts done in the name of protecting public health, and let the voters of Louisiana make their decision about it.  Pennsylvania State Rep Russ Diamond has written one that would serve as a good model for Louisiana:

The right of an individual to refuse any medical procedure, treatment, injection, vaccine or prophylactic may not be questioned or interfered with in any manner. Equality of rights under the law shall not be denied or abridged to any person in this Commonwealth because of the exercise of the right under this section.

Since Louisiana’s governor is not involved in the passage of constitutional amendments, there is nothing Gov Edwards could do, in his official capacity, to stop such an amendment from being placed on the ballot (although we wouldn’t rule out the possibility of behind-the-scenes pressure of some kind to prevent the loss of his dictatorial powers and those of his like-minded compatriots like Mayor Cantrell).

Such an amendment would be wholly consonant with the traditions Louisiana and the rest of the South have inherited from England, inasmuch as it would add another legal weapon that people could use to fight against injustice.

Thus far, only politicians, Big Pharma, and other large employers have had their say on COVID policy; now let the plain folk of Louisiana have theirs.