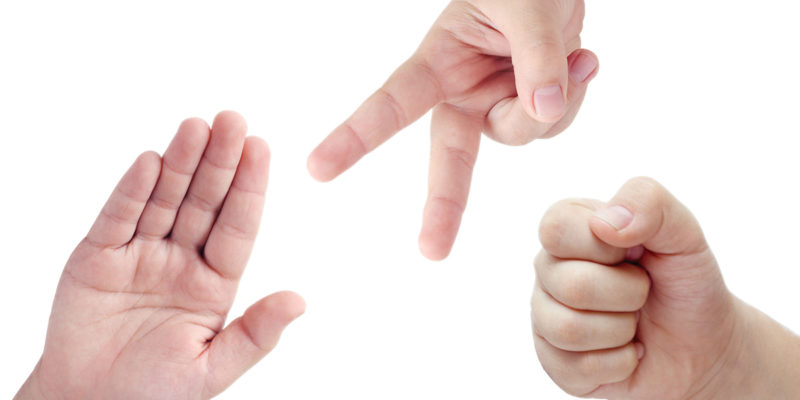 It might be necessary to do a little Rochambeau to jump-start this project, because otherwise it’s obvious nothing will happen.

Monday, the Capital Area Road and Bridge District met to get updates on the new bridge, only to find little progress had been made.

The list of potential locations, squeezed down from over 30 to 17, is now back up to 20 after the firm in charge decided it ruled out three prematurely.

“People want to know why you need to study it so much, why study, study, you get tired of studies, and it’s hard to give them an answer, particularly when you seem to be edging forward, and then now we’re going backward. I think now we should be around maybe six or seven routes on the table right now,” he said.

Even after a location is secured, federal funding still needs to be allocated—the state expecting a billion dollars for bridge work over five years, but more than three billion is needed to fix the state’s current bridges.

So far, no priorities have been set.

“We have not submitted a priority list because we are still waiting on rules and regulations,” Sec. Shawn Wilson said.

Ridiculous. How much time have the politicos wasted dithering over where this bridge will go?

And is it crazy to think that the odds are pretty good they’ll tear down a highway bridge in New Orleans – namely, the elevated Claiborne Expressway, which the U.S. Department of Transportation apparently believes is racist – before they actually build one in Baton Rouge?

Apparently there’s an engineering firm with a multi-million-dollar consulting contract which is expected to issue recommendations to get the number of bridge sites down to three or four.

Then we’ll wait for months or years for more dithering for a final site.

To call this atrocious, lazy leadership is really too kind. Where is it cheapest to build the thing, where does it offer the best possibility of interconnectivity with current roads, or roads which can be built relatively cheaply, and who needs to be threatened or greased such that they’ll assent to building it there, and then let’s just get it done.

This kind of dithering is the reason why the bridge is already too late. The thing to understand about building the bridge over the Mississippi River south of downtown Baton Rouge is that if you want it to serve a real purpose, which is to get all the 18-wheeler trucks away from downtown Baton Rouge particularly during rush hour, an interstate-quality road from the bridge has to connect with I-12 on the east side of Baton Rouge.

Otherwise, the trucks are going to keep using the current I-10 bridge. Most of them are traveling from Lafayette and parts west to Biloxi and parts east along I-1o and then to I-12, and the drivers don’t want to go through New Orleans. They want to take I-12.

Go and look at Google Maps and see if you can find space where an interstate-quality road can be laid from I-10 in Ascension Parish through to I-12 in Livingston Parish. It isn’t easy. And those houses you see in those subdivisions? They’re half-million dollar houses. Not only is it expensive as hell to buy them and knock them down, good luck fighting those people over eminent domain. They’ll win, because they have resources and stroke.

It’s already generally too late to build a southern loop around Baton Rouge without a massive financial and political hit, because this needed to be done 25 years ago.

And now, the part which is still possible to do is being slowed down because these people can’t even whittle the potential bridge sites down from a half-dozen.

We are governed by people who suck. This is no longer arguable.

Just rock-paper-scissors for the damn thing and be done with it.