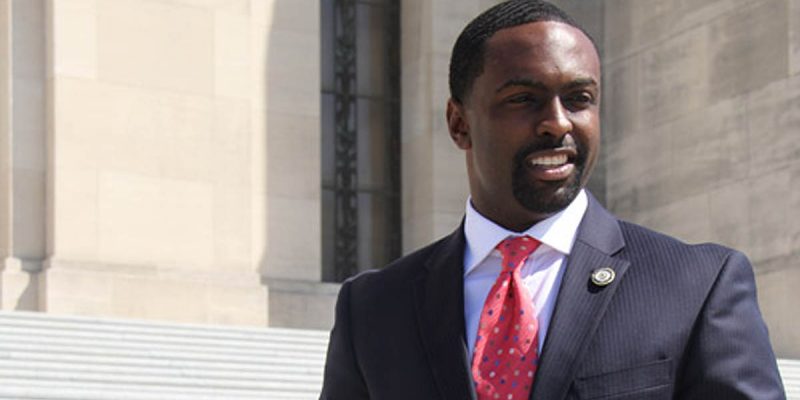 We always figured that state representative Ted James, a Baton Rouge Democrat for whom no microphone or television camera is an enemy, would be looking for an elected office to land in following the end of his third term in the Louisiana House of Representatives.

We figured James would take the bait and run for the chairmanship of the Democrat Party when the job came open a year ago. But he didn’t. We figured James would look at a bid for governor in the 2023 race – not to win, of course, as he can’t win, but to take over as the carrier of the Democrats’ standard in Louisiana. It would be the next logical step for the chair of the Legislative Black Caucus considering that James is blocked from running for the state senate in 2023; he’s in Regina Barrow’s district and she doesn’t term out until 2027.

That he didn’t jump on any of that was a little surprising. What James did decide to do tells us something about him that we suspected was true.

He’s landing in about as cushy a patronage job in the Biden administration as it’s possible to get.

State Representative Ted James is leaving office after being appointed to a federal position by President Joe Biden.

The U.S. SBA made the announcement on Wednesday, saying James will take over as regional  administrator for the administration’s South Central region. As Region VI administrator, Ted James will oversee SBA programs, offices, and operations in Arkansas, Louisiana, New Mexico, Oklahoma, and Texas.

“With his extraordinary dedication to public service and commitment to advancing communities, Ted’s leadership couldn’t come at a more crucial time for small businesses and innovative startups in our South Central region. Ted is an experienced and knowledgeable leader who will help advance the SBA’s programs – including our disaster portfolio. When Hurricanes Katrina and Rita devastated his home state, he was among those on-the-ground helping Louisianans rebuild and recover,” said SBA Administrator Guzman. “Ted is joining a dynamic team of Regional Administrators as the SBA looks ahead to a year filled with new opportunities and new challenges. Together, we will continue to help our small businesses recover, pivot, and grow to power local economies and solve global problems such as climate change, as we build a better America for all of us.”

Try not to gag on that ridiculous quote.

The thing you should be impressed by is how flaccid and haphazard the Biden kakistocracy is in giving Ted James that job. If you really wanted to use the SBA as an economic development engine for Louisiana and the surrounding states, he’s just about the last guy in the world you’d hire in that position. Ted James’ LABI scorecard rating is all the information you need to recognize this fact.

Ted James’ current LABI score is 27 percent. You have to get to the hideous train wreck C. Denise Marcelle (6 percent) before you can find anybody in the Baton Rouge area worse than Ted James. Last year he didn’t have a score because he stayed away from the Legislature due to COVID. The year before, he was a 34 – one of the worst in the House.

It doesn’t matter how far back we want to go, we’ll find him as one of the most anti-business legislators in Louisiana. The last thing you’d do is to hire this guy to run an economic development program.

The fact he was hired tells you the Biden SBA is two things: one, a place to stash cronies who want jobs on the federal teat, and two, a slush fund for connected Democrats to pull from.

Ted James now has a spigot he can turn on and off to take care of his friends. Other than that, he’s not going to do any work at all.

The fact that he passed on the opportunity to be the Democrats’ state party chair or to run for governor and give Louisiana’s black community a candidate they could support in 2023 told us that for all his big talk as the chair of the Black Caucus Ted James is lazy as can be. Taking this deadhead patronage job is proof.

And offering it to him is proof of everything you already knew about the Biden kakistocracy.

But congrats to James, who’s gone from throwing bombs into the legislative process to directly feeding at the federal trough. It must feel like the fulfillment of his life’s mission. Hope he’s got some plans ready for January of 2025, because when the Biden kakistocracy ends he’ll be high on the list of flunkies needing to be cleaned out.

Interested in more news from Louisiana? We've got you covered! See More Louisiana News
Previous Article SADOW: Edwards Is Doing What He Can To Save Adrian Perkins
Next Article CROUERE: A Year Of Living Dangerously In America’s Cities