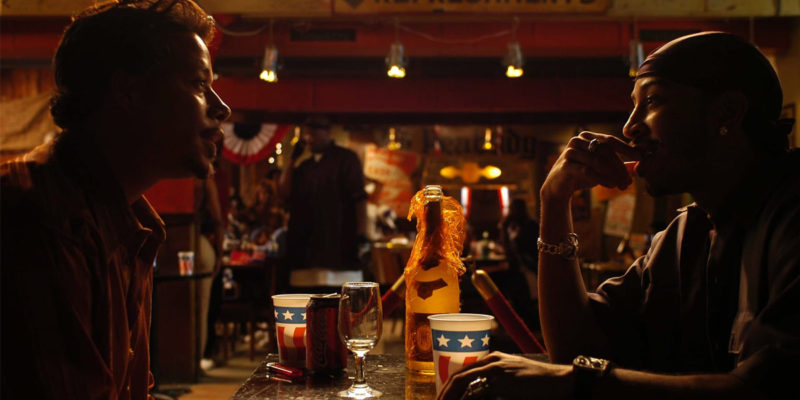 …before we unperson her and send her to whatever Cancel Culture gulag has been set up for white people who get caught using the N-word. There is a bit of context to be shared to this situation.

There is a video which has put Judge Odinet, who’s on the bench at the City Court in Lafayette, in the media crosshairs and those of the woke mob. Here it is…

Here is Louisiana Judge Michelle Odinet using the N-word reviewing footage of a home invasion. Then compare them to a roach. She cannot be trusted to render judgement on any cases involving African Americans and all past cases must be reviewed. Period. Call 337-291-8023. pic.twitter.com/5JafckeGJl

What’s going on in the video? Well, it just so happens that there was a black armed burglar who had come onto the Odinets’ property and was attempting to break into one of the cars parked in the driveway.

He did this while the whole Odinet family was home, apparently. As you can see from the video it didn’t go all that well for him.

Perhaps the biggest crime here is one of the kids actually taking video of the after-action conversation and posting it on the internet somewhere.

And of course it gets picked up and taken to the pre-eminent race hustler and soon-to-be leading Democrat U.S. Senate candidate Gary Chambers, and now Michelle Odinet is off to the Woke gulag. What isn’t proven in the video, though, is whether she actually said the N-word. There’s a female voice which supposedly sounds like Odinet, but it might be one of her daughters, and the voice, plus that of one of her sons, makes reference to her having said the word during the incident. The possibility exists that she might have been slandered by her own kids telling tall tales.

Odinet’s initial statement on this wasn’t awesome for her. It broke the rule that in situations like this, you never given an inch – you just deny everything and then claim your own victimhood.

She says she was given a sedative at the time of the video. Below is a response from Odinet on the incident and video.

“My children and I were the victim of an armed burglary at our home. The police were called and the assailant was arrested. The incident shook me to my core and my mental state was fragile. I was a wreck and am still unable to sleep. I was given a sedative at the time of the video. I have zero recollection of the video and the disturbing language used during it. Anyone who knows me and my husband, knows this is contrary to the way we live our lives. I am deeply sorry and ask for your forgiveness and understanding as my family and I deal with the emotional aftermath of this armed burglary.”

Chase Edwards is an associate professor of law at UL. He says Judge Odinet will face more questions in the days ahead.

“I definitely think this is something that um deserves more of an explanation and would absolutely be front and center in a future election,” Edwards told KATC. “If I was a person of color in this community and I found myself in front of a judge who used terms like that to refer to me and my people, then I would have a tough time believing that the system was fair and balanced.”

“Not much to say beyond the point that people want a judge who respects everyone equally,” says G Paul Marx, District Public Defender for Louisiana’s 15th Judicial District, in a written statement. “This recording does not represent that level of respect that people subject to important decisions from a court are entitled to. Our Supreme Court will be looking into this.”

Under arrest in the burglary case is Robert Handy. He’s due in court Tuesday on two counts of simple burglary of an automobile.

“I’m sure that people of color will find it impossible to trust that they will be treated fairly and equally when they have to stand for judgment before Judge Odinet,” he said. “This type of language cannot be accepted or tolerated by anyone, especially those who serve as leaders in our city.

“It is up to Judge Odinet to remember the oath she took, and should she remain on the bench, find a way to gain back the trust of ‘all’ of Lafayette, especially African Americans. A mere ineffectual and weak apology will not suffice,” Thomas said.

Sen. Gerald Boudreaux called the situation and the comments reprehensible, offensive and unacceptable from anyone serving as a judge.

“We have struggled miserably to garner public support for our judicial system at every level in this country. The political landscape has become so toxic that the negative impact has been identified and evident from the United State Supreme Court to the Lafayette City Court,” Boudreaux said.

“I can assure you that the late Judge Kaliste Saloom, Jr. did not allow and would never condone this racist discourse from any of his children, in his residence or in his neighborhood.”

Boudreaux said he will officially petition the Judiciary Commission of Louisiana to investigate the ethical conduct and actions associated with the incident.

“The comments fail to identify any form of lamentation and cast a cloud relative to the impartiality of the judge to serve as an unbiased arbitrator in cases involving African Americans.

But the full scope of the cancel mob can’t be seen without the NAACP, can it? Of course not…

On Monday, Michael Toussaint, NAACP president called for Odinet’s resignation. “She is a sitting judge in a sitting court. She represents the community of Lafayette. We can’t condone that type of behavior from her or anyone else for that matter.”

Of course, Chambers wasn’t going to be left behind. Amid a long stream of Chambers’ tweets howling not about the burglary but the use of the N-word was this…

Judge Odinet needs to resign for her now reveal racial bias. There is no acceptable reason for a sitting judge to use such language. She therefore cannot be trusted & all cases before her court should be reviewed. Call 337-291-8023 and let the court know Judge Odinet needs to go.

Last night while flipping channels on the TV, we ran across Hustle & Flow, a 2005 film starring Terence Howard as a pimp and drug dealer fighting to realize his dream of becoming a rapper. Howard was nominated for Best Actor at the Oscars  for his performance in the film. We’d never watched the whole thing. But in the 10 minutes we saw last night, the “N” word was used at least a dozen times.

In a Paramount Pictures feature, for which the actor in the lead role was awarded an Oscar nomination, which is still appearing on cable movie channels 16 years later.

But use of this word by a victim of felony crime while still in an agitated state and, supposedly, under the influence of medication signals the end of someone’s judicial career?

Michelle Odinet was elected to her current position in November 2020 with 57 percent of the vote. We’ve heard she has some detractors across racial and political lines and that even before this there were folks interested in giving her a race in 2024. Does that stuff matter?

None of these sanctimonious cancel mob clowns demanding her resignation bothered to note that, forgetting the utter idiocy of her son posting that video on the internet, which frankly suggests to us that if anybody should be going to the gulag it ought to be him, the only reason we’re having this conversation is there was a criminal who invaded Michelle Odinet’s home and sought to steal her property.

Nobody seems to be talking about that, so we will. And we’ll say something unforgivable. Here it comes…

There are things worse than using the “N” word. Among them is burglary. And given the massive wave of violent crime across Louisiana, which is being committed in the major cities in this state chiefly by black people, to have the Gerald Boudreauxs and Michael Toussaints of the world laser-focused on the racial enlightenment of crime victims rather than the ordeal they’re going through is quite telling.

It’s almost as if Gerald Boudreaux and Michael Toussaint are unmoved by the obvious fact that we now have sitting judges who are not safe in their own homes from criminal predators.

What’s next? Sending criminals to the homes of judges to make mayhem and then recording their snap reactions in hopes that some of them might react as Michelle Odinet did? That could disqualify lots of white judges. Particularly the ones who happen to be watching Hustle & Flow at the time.

The other thing we’ve noticed about this entirely telling debacle is the stunning laziness of the local media reporting on it.

Other than the local Lafayette rag The Current, which appears to have been the first to the post on this story, none of the media reports about Michelle Odinet’s impending cancellation have mentioned that she’s a Republican. It took us 32 seconds to go to the Lafayette City Court’s website, look up Odinet’s bio and find out she was elected on Nov. 3, 2020, then head to the Secretary of State’s website for the archived election returns, look up Lafayette Parish’s returns from that date and see that she had an “R” next to her name.

Not to mention The Current said she was a Republican.

And none of these guys bothered to use that bit of information?

That isn’t impartiality, by the way. It’s laziness. If these guys were impartial, they would have called around until they found somebody who would defend Odinet. Maybe that would have been tough, since there are a lot of cowards out there who are terrified of being tarred as racists and who therefore stand aside as the woke mob tears Odinet limb from limb, but that’s what it would take to do real objective journalism – and none of them did.

So we have an unbroken media narrative, fueled by the Gary Chamberses of the world – let’s remember that Chambers created a massive racial conflict in Baton Rouge when a convicted embezzler made an evidence-free accusation of racial name-calling against a sitting judge in a local bar, and he’s also called multiple times for East Baton Rouge Parish to have a black district attorney for no other reason than that black people get prosecuted more often than white people in Louisiana’s capital city – which is going to destroy this woman’s life and career because she apparently said something untoward and impolitic in her own home amid a crisis.

Anybody who really wants to live in this kind of world deserves precisely what they’ll get when the woke goons finally show up on their doorstep.

Michelle Odinet has apologized. As to calls for her resignation, she should reject them utterly. Let the voters turn her out in 2024 if the accusation she’s a racist can be supported by her judicial performance.

In the meantime, let’s try to be cognizant that criminals are now so brazen that they’re attempting burglary of judges’ abodes while the judges and their families are home. And let’s remember that this is a hell of a lot more important than what Michelle Odinet might say at 2 a.m. while having her home invaded.