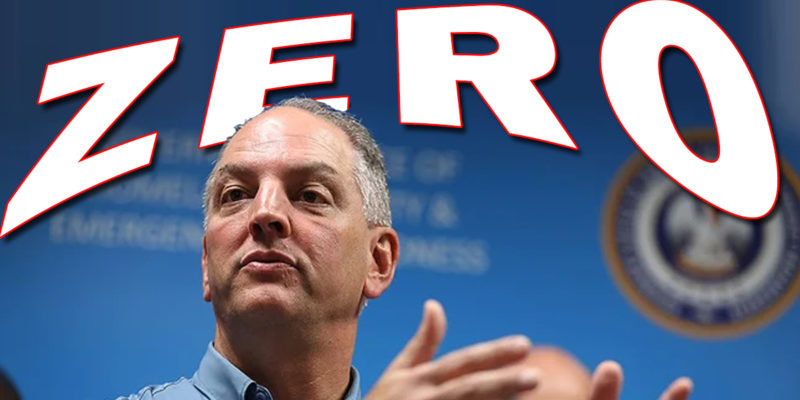 If you want to view a case study of how illogic and skewed information combine to create bad policy, look no further than Democrat Gov. John Bel Edwards’ decision to add Wuhan coronavirus vaccines to the required schedule for school and college attendees.

Proposed by his Department of Health, the House Health and Welfare Committee as allowed by law vetoed this, in bipartisan fashion. Members and other critics cited the overly intrusive nature of the requirement, questioned the wisdom with little long-term research on the effects of vaccination of children coupled with the known negative side effect of increase myocarditis risk, and noted that vaccines don’t prevent transmission or in a significant number of instances protect the injected person, especially as the many mutations of the virus have made its presence endemic rather than pandemic, like influenza that Edwards seems to have no worries about.

Also as allowed by law, Edwards overrode it, but admitted both directly and indirectly that the opponents were right. Vaccine development “in time to help us put this pandemic behind us also requires us to do everything we can to add COVID-19 to the list of diseases that no longer pose a serious threat. This rule does just that, and it should remain in place,” he argued.

He then negated his logic by adding as a means to justify acceptance of the shot that “No child will be forced to be vaccinated against the will of his or her parents,” referring to state law that permits opting out at the elementary and secondary level. Yet this ignores the inconsistency that the requirement also would apply to any college student without the possibility of exemption.

And Edwards lives in a dream world if he believes, as he wrote, “while many of the diseases on the public health immunization schedule were once both rampant and deadly, they are no longer serious risks for school age children ….  because almost everyone was vaccinated against these diseases, many as a condition for attending elementary school.” No, the other diseases on the list almost have disappeared because none act like a coronavirus with constant mutations spreading rapidly; unlike with the Wuhan coronavirus, these others that transmit poorly respond to a singular vaccine that can keep them entirely in check. By contrast, this virus never can be contained because of how widespread it is, how easily transmissible is it, and how ineffective vaccines will be with it — just like the flu.

So, what is it? If it’s a pandemic virus, the opting out of children makes its addition pointless because then the presumed pandemic can’t be suppressed. But if it’s an endemic virus, why has it joined a list heretofore designed exclusively to suppress the possibility of pandemic from other diseases that aren’t by nature endemic but which crop up sporadically in isolated fashion? And doesn’t the opt-out ability subvert his fantasy about the virus not being “rampant and deadly?” More glaringly, why doesn’t another even more endemic virus, influenza, merit the same treatment?

Disingenuously, the Edwards Administration tried to deflect from that reality during the committee’s hearing, when state health officer Joe Kanter stated that while 18 children, out of 125,000 or so who had contracted the virus, had died in Louisiana over the past 20 months, he alleged only 10 had died from the flu in the past six years. This assumes that government accurately identifies every coronavirus case that ends in death, which it likely does not, nor does it distinguish between deaths caused by the virus and deaths that occurred with the virus.

The Centers for Disease Control has calculated that since the pandemic launched, just under 1,000 children under 18 have died from the virus, out of almost 6,432,000 cases. This is an infection fatality rate of 0.0155 percent. Hospitalization has averaged around 0.15 percent.

But for the flu since much non-reporting is assumed, the CDC uses modelling to estimate the IFR. In the last normal season (i.e. without contamination by the virus where each can poach deaths from the other, leading to a 2020-21 season with just one flu death), 2019-20, it was nationally about 1.15 per 100,000, making the virus about 13.5 times more deadly. Hospitalization, however, was just under 0.1 percent, meaning only a 56 percent greater chance of hospitalization from the virus as opposed to the flu.

Yet to put it all in perspective, with the flu 99.99885 percent of children survive with 99.904 percent never having to go to the hospital, while with the virus 99.9845 percent survive and 99.85 percent don’t have to go to the hospital. To put it another way, 13.5 times or 1.56 times almost nothing is still almost nothing, yet one malady gets put on the schedule and the other doesn’t? And when the vaccines for the one now put on the schedule are far less effective even as they are to be administered far more often than any the other ones already on it?

Finally, lost in the discussion is the impact on college students. Since vaccinated people still transmit the virus, there’s no valid argument that forced vaccinations protect people, since not only do those vaccinated stand a nontrivial chance of getting it – which will increase dramatically the more mutations multiply in the decades to come – but the unvaccinated who more likely will suffer from that in almost every instance will have made the voluntary choice not to seek this protection (but who could utilize nonpharmaceutical interventions or enroll as online-only students).

In practical terms, it means Louisiana higher education will suffer enrollment declines as resident students rejecting vaccination will head out of state and such nonresidents keen on attending a Louisiana school for whatever reason now won’t. It’s ultimately self-defeating for no good reason.

Clearly, politics overruled rational public health policy to create one of the most extreme school immunization policies in the country, alongside only California. A number of legal analysts believe the policy suffers from overreach and would fall in a court challenge, which seems inevitable. If not, the next governor should order it off the schedule and restore sanity to this area of policy.