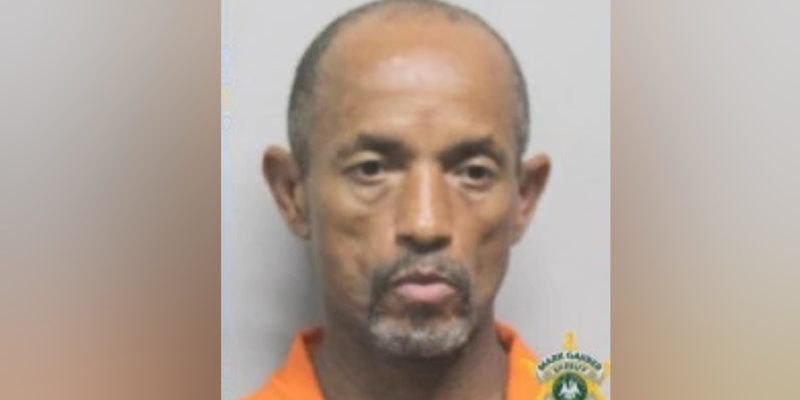 Here’s the least surprising news story of 2022, a title it might just hold all year long. Who thought Robert Handy, who caused a major stir which ultimately destroyed the judicial career of Lafayette judge Michelle Odinet when he attempted to steal her car last month, would lie low rather than return to his criminal pattern?

Handy was the burglar caught outside Odinet’s house in the pre-dawn hours of a December Sunday morning. He was tackled by members of the judge’s family as she panicked, ultimately using a racial slur white people aren’t allowed to utter even in their own homes. One of Odinet’s sons recorded a video of the surveillance footage of Handy’s criminal escapade, complete with a play-by-play of Odinet’s use of the n-word, and the video ultimately made its way onto Twitter and into the hands of the race industry.

Less than a week later Odinet was out of a job.

Handy, meanwhile, was arrested and released without charges. No one seemed to have the slightest care that a sitting judge had been the victim of a crime, something which punctuated the rolling crime wave which has seized Louisiana from Shreveport to Grand Isle. Handy just melted away while public outrage over a nasty slur used by a crime victim when her blood was up.

We noticed the idiocy and hypocrisy of the state’s political and media class in crafting the Odinet controversy. If we’d thought about it, we would surely have predicted this, because it was obviously going to happen…

Robert Handy, the Lafayette man involved in the case of a city judge using a racial slur, has been arrested again.

Handy, 59, was arrested during an alleged vehicle burglary in progress last month at the home of Lafayette Parish Coroner Kenneth Odinet and his wife, former Lafayette City Court Judge Michelle Odinet. After his arrest, the former judge was captured on video using the n-word to describe him as she and others watched video surveillance of the incident in the Odinet home. She has since admitted she used the word, apologized and resigned. To read about that, click here, here and here.

At the time, questions were raised as to why Handy was booked into the Lafayette Parish jail. During the pandemic, bookings have been limited, mostly to violent crimes. In this case, Lafayette Police say that Handy allegedly is a habitual car burglar and they often book those people who are arrested over and over again for the crime.

Handy was arrested outside the Odinets’ Bendel Gardens home in December, and was arrested early this morning outside a home on Harbor Walk Drive, in a neighborhood located roughly between Verot School Road and South Beadle.

Lafayette Police say they were called to the home early Monday for a report of a vehicle burglary in progress. They arrested Handy at the scene. He was booked into the parish jail again, this time for simple burglary.

A spokesman for LPD said that the jail usually will accept a booking for someone on a charge like this if they’re repeatedly arrested for the same crime.

He burgled a judge’s home and there were actual complaints about his being booked into jail for it. Then the judge was thrown out of her job for calling Handy a name.

Not two weeks later he’s back breaking into somebody else’s car.

And the Lafayette Police Department has to justify booking him into jail again.

You would think Robert Handy would have been strongly encouraged to conduct his future criminal exploits outside Lafayette Parish by now.

What’s going to happen eventually is that he’s going to try to break into the wrong guy’s car and he’ll get caught by someone who won’t call him a naughty word. Instead they’ll shoot him in the face and make him dead.

The thing to understand about law enforcement is that it doesn’t just protect the public. It protects the criminal. Because without it, and it’s starting to look a lot like there isn’t much law enforcement in Lafayette, the public will choose to protect itself – with means which are a lot less delicate than the cops use.

We’re nearly there. And the thoroughly predictable outcome of the Michelle Odinet-Robert Handy debacle has moved us quite a bit in the direction of vigilantism. When that happens, just remember the people responsible are the politicians and media clowns who chose stupid outrage over simple competence in running this place.