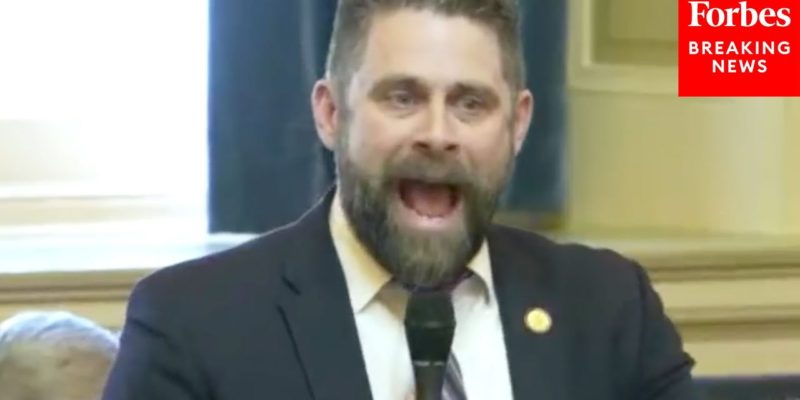 Republicans, in last fall’s Virginia statewide elections, didn’t just capture the governor’s mansion and the other two statewide offices (Lt. Governor and Attorney General). They took over a majority in the state House of Delegates. And this is a big deal, because with only a 21-19 deficit in the state senate and Lt. Governor Winsome Sears available to break a tie if a single Democrat is willing to cross the aisle it means the GOP is very, very close to full control of the Commonwealth. That creates an interesting set of expectations the party needs to meet.

But can Virginia’s new governing majority meet them?

Youngkin, Sears and Jason Miyares, the new attorney general, have been pretty aggressive in implementing things they promised during the campaign. And the state legislature is in session now, with a host of reform bills moving forward in the House.

You could bank on, however, the tired and predictable Democrat response to their losses last fall. The whining that Republicans would actually govern – or at least attempt to – based on the promises they made to their constituents would inevitably devolve into slurs and name-calling, and that’s exactly what has happened. They’ve deployed all the usual calumnies – racism, sexism, homophobia and so on.

One GOP delegate, Nick Freitas from Culpeper, which is halfway between Charlottesville and Washington, DC, wasn’t having it. Freitas dropped a sizable rhetorical bomb on the floor of the House, calling out the Democrats in the chamber for their accusations and slurs and demanding that it stop.

We love this. Below the video we’ll give two reasons why.

The first reason this is good stuff is that Freitas clearly, if passionately, refutes and rebukes this smarmy, hypocritical practice by which Democrats constantly assail the motives of Republicans with whom they disagree. It’s an attempt at intimidation – as racism or bigotry are somehow now the worst sins a human being can commit in our society today, free and easy accusations of same are so injurious that Republicans will run for the hills as soon as they are so accused.

That instances of this haven’t resulted in violent physical confrontations is really a surprise. Freitas has signaled that he’ll take an eye for an eye, rhetorically speaking, for those slurs. It’ll be interesting to see if that is noticed and respected in the Virginia House. Our guess is it won’t and the stakes will be raised, because another key tactic of Democrats is to create so much acrimony and unpleasantness when Republicans attempt to govern that voters turn from the GOP in an attempt to calm things down. That is without question going to be the Democrat strategy in Virginia for the next four years.

The second reason we love this, though, is that it’s a defense not of Freitas’ fellow legislators but of his constituents. Freitas’ district is small-town and rural, and his people are Republican voters and Trump supporters who are looked down upon by the big-city types in Alexandria and Arlington and some of the college-town types as well. All of the accusations – mouth-breathing rednecks, QAnon nuts, etc. – that the woke sophisticates of the urban areas, many of which are rapidly devolving into hellscapes despite all the money and advantage they could ever have in comparison to the little towns, heap on Freitas’ constituents have gotten very old.

For too often, Republican politicians from places like Culpeper have spent their time apologizing for their unwashed-rube constituents. Freitas recognizes that all of these accusations made in the House of Delegates are really made against the constituents of the Republicans elected to represent them in that chamber, and takes offense on behalf of the people.

It’s a very encouraging sign to see that this fact is recognized and articulated. Good for Freitas, and we hope to see more from him.