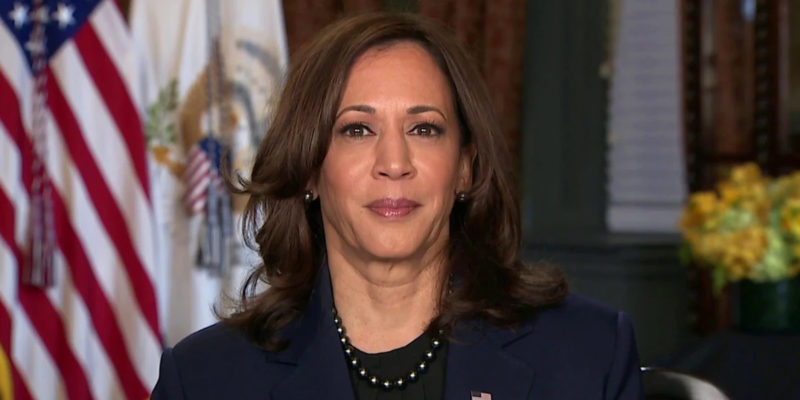 The old adage that a lie will get half-way around the world before truth gets a chance to put its pants on was given credence in less than 24 hours after Justice Breyer anounced that he was retiring after this term. Only thing is, he didn’t announce. It could be the rumor started by somebody with intentions of forcing him to retire and he is in his chambers fuming over the announcement. Without his personal announcement, one can’t be too sure.

Nevertheless, the political nerds were buzzing like vultures, already choosing who his replacement would be. Oh, it must be a black woman, they say. Will they select a black woman who attended an HBCU? They should, why is it that the Supreme Court Justices be exclusive to Ivy League schools? Besides, it would be a feather in Biden’s cred cap with blacks, which he desperately needs. Of the last 15 Supreme Court Justices, Amy Barrett is the lone justice who was not Ivy League. Why not use this as an opportunity to get away from Ivy League appointments?

But I digress. Not only are we prematurely evacuating Justice Breyer, but the rumor mill has Kamala being appointed to the Supreme Court and Hillary Clinton being appointed to… *gasp* vice president.. Nice theory, right?

Only problem with that theory is… it’s not going to happen.

First and foremost, you have to believe that Biden’s staff wants to replace him, which would mean that they too would also be replaced by the new President’s staff. Maybe they could keep their jobs, depending on who the President becomes. If you believe they want to keep their jobs, they’ll want to make sure that the Vice President isn’t seen as more competent than him. Who believes Pendejoe is competent? Despite his competency issues, does anybody really want to replace him with Kamala?  Biden’s staff would keep Kamala around if for no other reason but their own job security.

For argument’s sake, let’s do this whole Aldo Nova premise like life is just a fantasy, can you live this fantasy life? In the land of make believe, Pendejoe nominates Kamala to the Supreme Court, the Senate confirms her and there’s an opening in the Vice Presidency. Pendejoe then appoints Hillary to be Vice-President. Pendejoe eats one too many scoops of Jeni’s ice cream and his brain freezes up for good, viola, Hillary becomes President.

About the only people who like that idea are the 18% of moderate Democrats who still wish to salvage the party and see Hillary Clinton as their only hope.

Unfortunately for that to happen, there are a lot of obstacles to overcome. First, can Kamala get confirmation from the Senate Democrats? One would assume so, but she seems to have burned a lot of bridges with her own party. While party affiliations afford certain courtesies, there are always inner party enemies. They’ll show a public face, but the knives will come out in the shadows.

If she were to be able to get past the Senate, then Biden would be able to appoint his Vice President. Keep in mind that in 2016 Hillary running for President kept then Vice President Pendejoe from running for President. Who knows what resentment, if any, he has for her? Now that he’s top dog, would he even trust her to be the Veep?  From what I can tell in politics, people aren’t so forgiving. Like the old Temptations song says, Smiling faces sometimes pretend to be your friend. I seriously doubt that Pendejoe will give her an opportunity to realize her personal ambitions.

But we’re delving into the land of make believe here and there’s only so much fantasy one can stomach before reality starts setting in.  We could believe that unicorn flatulence smells like cotton candy, but you’re not going to go lifting up tails, are you? And this is where this fantastical tale stops getting lifted by me.

Let’s take a step back to 1973 for a minute. Right after President Richard Nixon gets re-elected by a landslide in the 1972 election. Before the end of 1973, Spiro Agnew resigns from the Vice Presidency due to a personal tax issue. Nixon then appointed Gerald Ford to the Vice presidency, and then Nixon has his own scandal break that forced his own resignation. Why did Nixon choose a moderate to serve as his Vice President instead of somebody more conservative like Agnew? Simple, who the president appoints to serve as the Vice President must get approved by congress. As congress was controlled by Democrats, Nixon opted for a moderate who could get through congress.

Assuming that Hillary could get every Democrat’s vote, you still have Republicans with significant power and can hold up her nomination through the election year. While the Veep remains unfilled, House Speaker Nancy Pelosi, by default, would be acting Vice President. Should anything happen to Pendejoe during that time, hello, acting President Pelosi. Still confident that Hillary can get every Democrat vote?

Being a mid-term election, the Vice Presidency would then become an issue. With polls showing that Donald Trump is more popular than Pendejoe, Republicans could campaign on making Donald Trump speaker of the house and/or Vice President. If the Senate were to remain 50-50, Trump would have the tying vote as well as being just a heartbeat away from the Presidency. The Democrats would do everything in their power from allowing that to happen just as the Republicans would do everything they can to keep Pelosi or Hillary from becoming President. So then who fills the position? Joe Manchin could get the Republican vote, but he would face resistance from the crazy Democrats. That also risks returning the West Virginian’s Senate seat to the GOP, giving the Republicans a majority if Manchin became so irritated as to switch. Even if the Democrats could retain that seat, who’s to say Manchin would vote in line with Pendejoe’s wishes? Kyrsten Sinema would be a more reliable vote, but again, could Arizona flip back to the GOP this fall, especially with Mark Kelly sitting in the other chair?

If Pendejoe didn’t have enough problems, making a mess of the Vice Presidency when there’s plenty of qualified black women who can serve as Supreme Court justices wouldn’t make his Presidency any easier. He shouldn’t have too much of a problem finding an extremist that matches his views, no need to rock the boat any more than it needs to be.

Then again, Obama did send out the warning, don’t underestimate Joe’s ability to truck up, only he didn’t say truck. Come to think of it, I keep thinking somebody should wake me up in 2024 and tell me this was all just a terrible nightmare. It certainly does feel like we are in fantasyland, so who knows? Maybe Pendejoe still can surprise us with his truck ups.