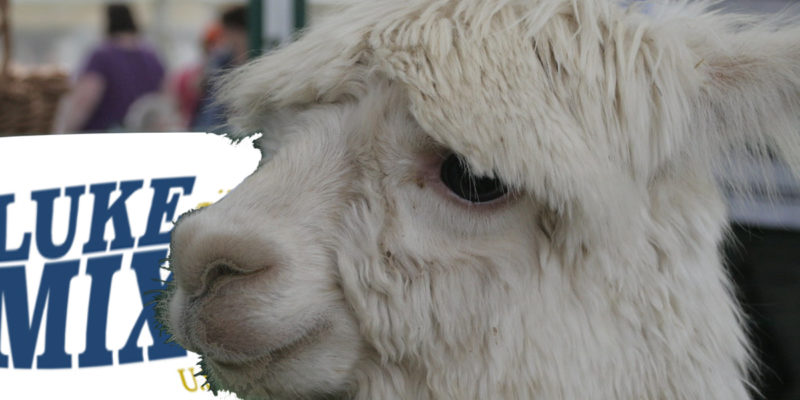 We showed you, in a post a few days ago, the comparative fundraising figures for Luke “The Alpaca” Mixon and John Kennedy with respect to the race for the U.S. Senate in Louisiana this fall. As a quick reprise, here’s Kennedy’s financial situation… 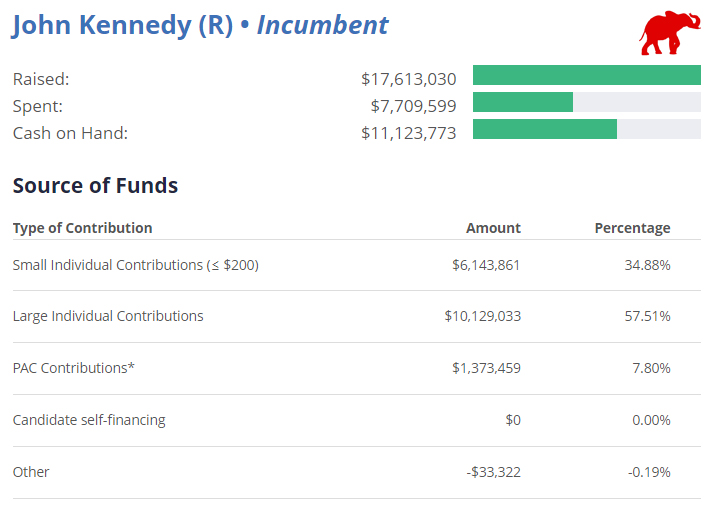 And here’s the Alpaca’s… 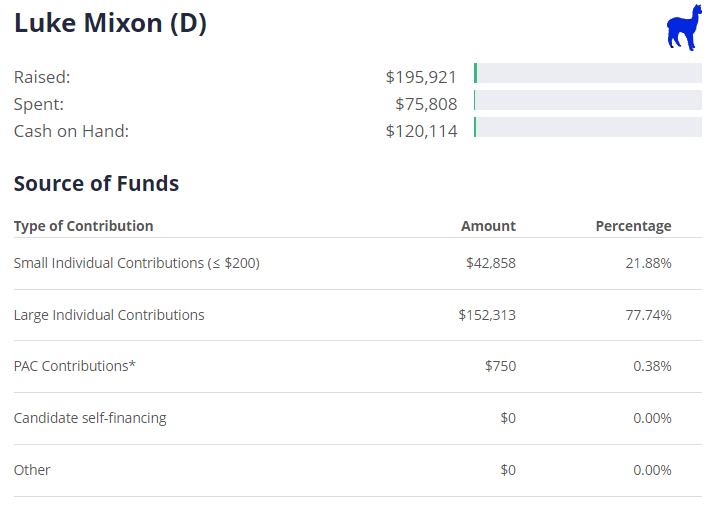 As you can see, Mixon is pretty hopeless when it comes to attempting to compete with Kennedy. Essentially, all he’s in the race for is to provide Richard Carbo, the former John Bel Edwards political apparatchik, with a livelihood working on a campaign this year. Carbo scoured the state of Louisiana looking for a viable white Democrat politician he could run against Kennedy and found no takers, as everybody recognizes Kennedy is unbeatable.

In normal circumstances you’d look upon this as an opportunity to develop somebody for a future run at a seat they could win. The Public Service Commission, say, or one of the statewide offices that would come up next year. And it would make a lot of sense, in a race which isn’t winnable, for the Democrats to go with a black candidate so that the 60 percent of the Louisiana registered voters who are black don’t get the impression they’re being played for suckers by that party’s white aristocracy.

But nope – Carbo never talked to any black politicians, as we understand it. That’s why Chambers got in.

And in less than a month, this is the result…

Chambers burst onto the scene with a pair of provocative campaign ads, challenging the stigma around cannabis legalization and attacking the nation’s history of systemic racism. Cross says that not only is Chambers attracting donors, but he’s also attracting plenty of attention.

“You have to applaud Mr. Chambers for taking such a bold approach,” said Dr. Cross. “He’s thinking ‘Gee, I can’t get any traction any other way, at least I’m going to get people’s attention.’ I have to say that people are talking about his campaign.”

Incumbent John Kennedy remains the overwhelming favorite to win re-elections, but Cross says that if Chambers can continue his fundraising momentum, the race for the Senate could actually become a contest.

“If the fundraising continues at this pace, and if Mr. Chambers has $2-3 million to spend, this will definitely be more of a race than we anticipated,” he said.

Chambers has collected more than 14,000 donors with an average donation of $38 and is the leading Democratic fundraiser to this point.

Here was the campaign’s Twitter-brag about the fundraising numbers…

Together we are building a People Powered Campaign raising over $580k in our first 30 days.

We are the leading Democrat in fundraising & our message is resonating around the country from classrooms to courtrooms everyday people are joining our movement for change.

What’s not in those numbers is how much Chambers has on hand. We haven’t seen his most current FEC report, which would show whether his burn rate is worse than Mixon’s. The guess is it’s probably better, because everything Chambers is doing right now is designed to raise money. Smoking blunts and burning confederate flags won’t get you to 50 percent of the vote in Louisiana.

Incidentally, this also appeared at Chambers’ Twitter. It’s hard to see where he gets the notion that there’s a wave of change spreading over Louisiana when he’s been doing his fundraising events in California and New York, but whatever…

New York was a vibe. Thank you again to @cthagod and @djenvy for having me. There is a mighty wind of change blowing over Louisiana.

We will change the way politics is done in this state, TOGETHER. #MoreOfUs pic.twitter.com/yE2ydt4CXw

That this isn’t a winning campaign isn’t really the issue, of course. Chambers isn’t in this to beat Kennedy, regardless of what rhetoric he might be throwing out there. He’s in it to embarrass those Bourbon Democrat white dudes who are so desperate to keep blacks from representing that party at the top of the ticket.

And in that project, Chambers is already a runaway success. Not that it’s all that hard. Here’s what’s on Mixon’s Twitter the last couple of days…

Senator John Kennedy is a career politician who’s been on both sides of every issue for 30 years—including American democracy.

The question that tweet brings up is whether Mixon thinks it’s OK that several hundred Americans who are guilty essentially of trespassing should be jailed without trial or bail for more than a year, and whether that’s the “American democracy” he served in the military for.

It’s classic boilerplate Democrat garbage, and he’s obviously not getting anywhere with it. Not when Chambers is able to triple Mixon’s four-month take in just 30 days.

This isn’t going to be much of a race, but it will definitely be a richly-deserved humiliation for the Bourbon Democrat aristocracy. We may never see Richard Carbo again after this October.