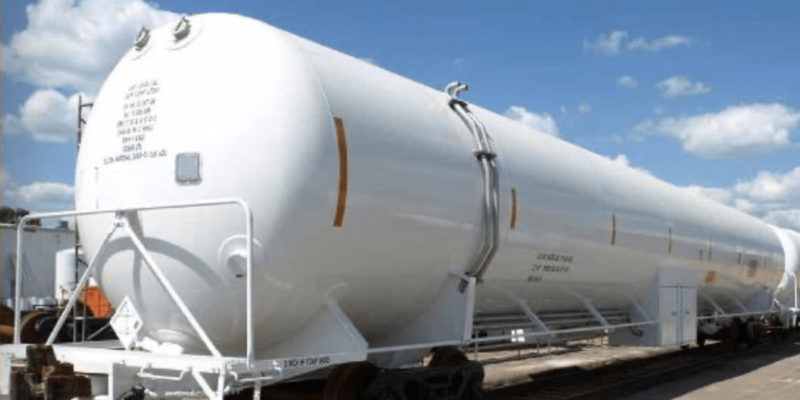 We could go on and on about the idiocy of President Biden’s energy policy as expressed in last night’s State of the Union speech, in which he talked about building car charging stations as a response to high gasoline prices while failing to promote domestic energy.

Let’s remember that Russia invaded Ukraine largely because a runup in oil prices – caused by Biden stupidly taking three million barrels a day of oil production off the market by hamstringing our domestic production – gave Vladimir Putin the money and the influence he needed to sustain that invasion. And even now that the war is on and we’re sanctioning the Russians six ways to Sunday, Biden still won’t go after Russian oil.

He can’t. We’re importing a half million barrels a day from Russia now. Unless he reverses his policy on domestic energy, he’ll never replace that supply.

It takes a level of incompetence which looks a whole lot like treason to screw policy up this badly. But now there’s more. Team Biden is so stupid on energy that they’re trying to ban transporting liquefied natural gas by train all over the country, which is a bad idea in so many ways we could write a book about it. You either use pipelines to transport gas, which Biden’s administration does everything they can to block, or it has to be rail cars, which aren’t as good but at least will get the LNG to its destination.

But their answer is neither. You get no natural gas to power your power plant or heat your home. You get windmills and solar panels and blackouts instead.

And there’s a fight over it, as there should be.

(The Center Square) – Louisiana Attorney General Jeff Landry is leading a coalition of 25 states in opposition to a proposed federal rule to ban natural gas transport by rail car, arguing the decision drives up energy costs and threatens national security.

Landry wrote a letter to Tristan Brown, acting administrator of the Pipeline and Hazardous Materials Safety Administration (PHMSA), targeting a rule proposed by the Biden administration in November that would suspend authorization to transport liquefied natural gas (LNG) by rail tank cars.

The authorization, granted in a final rule in August 2020, permits specifically designed tank cars to transport LNG, but the proposed rule in November would negate that permission over concerns about increased greenhouse gases, worker safety, environmental risks and “environmental justice.”

“Biden’s war on energy is a war on America’s poor and working-class,” Landry said Monday. “It is high time the Biden Administration to put America first. Biden’s environmental virtue-signaling is burdening American families and jeopardizing the safety and security of our homeland.”

The letter argued the Russian invasion of Ukraine demonstrates why it is important for the U.S. to maintain energy independence.

“Current geopolitical events involving Russia’s unprovoked attack on Ukraine show with painful clarity the need for the United States to maintain its energy independence through multiple distribution points throughout our country,” the letter read. “The agency should not move forward with suspension of a rule that serves that important objective.”

The attorneys general cite the country’s reliance on natural gas, which currently generates 41% of electricity in the U.S., as well as figures that show significant decreases in greenhouse gas emissions in recent years.

“The growth in U.S. gas production is a geopolitical and economic asset, contributing to our national and global energy security,” according to the letter.

The letter noted the proposed rule prevents LNG by rail until at least June 30, 2024, without providing the “detailed justification” and “reasoned explanation” of new facts required by law to change PHMSA rules.

Attorneys general likened PHMSA’s proposed rule to similar executive actions to halt new oil and gas leases that are hurting Louisiana and other states, and argued the PHMSA ignored evidence of LNG by rail’s positive impacts on the environment.

The letter pointed to LNG prices that have increased 61% since Biden took office – a cost to American households of about $1,000 more in energy costs than last year – and how the administration’s restrictions on oil and gas will continue to hurt U.S. consumers while benefiting Russia.

“President Biden has made it clear he will do anything to destroy American energy,” Landry said. “Once again, 24 of my colleagues and I are pushing back against Biden’s senseless and short-minded stance. The American economy and way of life hinge on affordable and reliable energy sources; I will continue fighting to defend both.”