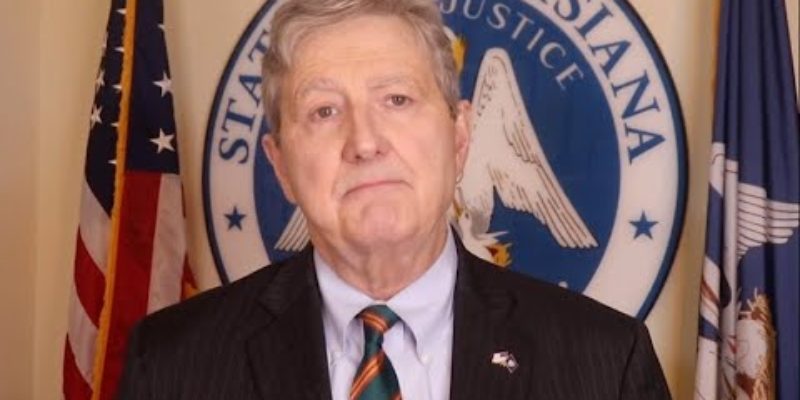 You had to know Sen. John Kennedy wouldn’t hold his tongue after last night’s terrible Joe Biden State of the Union speech, and he didn’t. We’ve got both video of his response, and a transcript to follow.

And tonight, I heard President Biden say that he aims to stay the course. Isn’t that just like Washington, D.C.? Figure out what doesn’t work, and keep doing it.

American sovereignty and national security depend on America’s energy independence. We know that. That’s not a startling realization—that’s just a known fact that we all understand. And that depends, in part, on Louisiana’s oil and natural gas resources—resources that this president continues to ignore. He also continues to ignore the good jobs that oil and gas create.

Right now, the Biden administration doesn’t seem to accept or address the reality of a new Axis of Evil. China and Russia’s de facto alliance anchors a group of bad actors—of outlaws, of tyrants—that are getting bolder and more aggressive every day.

Because of the president’s own policies at home and abroad, inflation continues to surge at the grocery store—we know that—and at the gas pump, and at the clothing store, and everywhere, and I didn’t hear a solution from him tonight. He still wants to spend more and borrow more.

Meanwhile, our kids—we’re only as valuable as our children, folks—our kids are falling behind because their schools were closed for far too long. The president did a whole lot more to intimidate parents than to get teachers back in the classroom.

A better future for these kids and for all Americans demands principled, clear-eyed, tough leadership, and I hope the American people see some soon.

Interested in more national news? We've got you covered! See More National News
Previous Article SADOW: Mizell Brings Back The Girls’ Sports Bill For Another Try
Next Article Biden Gets Worse And Worse On All Matters Energy