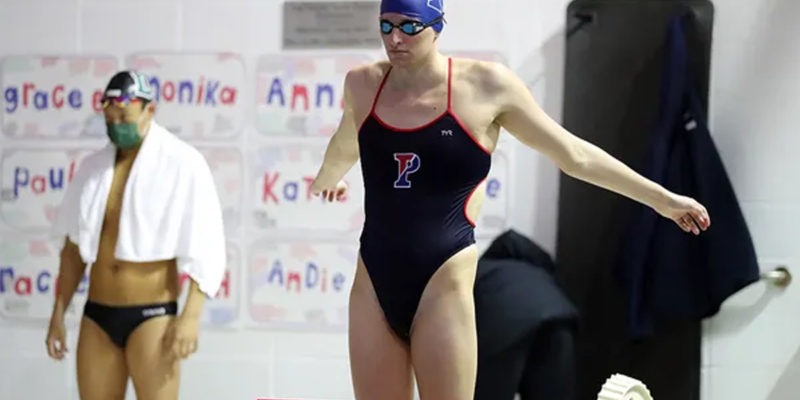 Republican state Sen. Beth Mizell returns, with SB 44, to the Louisiana Legislature a bill that events have proven even more necessary than when she offered it initially, where it passed only to meet with a mean-spirited veto by Democrat Gov. John Bel Edwards eventually upheld.

The bill mirrors her 2021 effort, with elaboration. It mandates that all athletic competitions, from collegiate on down except for those explicitly designed to have biological males and females compete together, provide for same-sex competitors. It very correctly notes the scientifically-indisputable inherent biological development advantages that males obtain over females, regardless of subsequent attempts after birth to change sex by medical interventions, in athletic competitions of speed and strength which would make a mockery of legal equality measures if competitions weren’t kept separate. As of this writing, 17 states have laws of this nature.

While the mainstream media do their best to publicize sob stories about children and young adults of one biological sex trying to participate in sports with the other, along with their predictable slant in favor of that (the limousine liberals at the Louisiana Radio Network headlined their story about the bill starting with “Anti-transgender”), they have little to say about how letting that happen so uncompromisingly discriminates against females and the suffering that girls and women endure with this form of legalized discrimination. However, that blackout hasn’t kept out of the public eye the controversy surrounding formerly male University of Pennsylvania swimmer Will Thomas.

A couple of years ago, Thomas barely scaped into the top 500 of male National Collegiate Athletics Association male swimmers. Then, he started the pharmaceutical transition towards the female sex, became known as Lia, and this season began overmatching his female competition to rise to the top of ranked female swimmers with times that rival multiple Olympic gold medal-winning American females.

While cleaning up in competitions by wide margins (and when not doing so only under apparent collusion), allowing Thomas to swim against women born female has unleashed a wave of anguish among competitors in those races. Privately for fear of retaliation while in school and after graduation (the wokeness that includes transgender privilege runs deep where corporate America would rather capitulate to the angry few and their media and political allies than risk any kind of negative publicity), a number of female Penn swimmers and their families voiced their hurt at the artificial attenuation of their careers. Anonymously, they lodged a complaint against Thomas competing after the NCAA cleared the way for Thomas to do so in its championships (by adopting a policy that likely would have prevented that but then waiving it for this year).

A few courageous individuals in the NCAA and larger swimming community have spoken out against Thomas’ participation, including thorugh the resignation in protest of a long-time official of USA Swimming, the sport’s national governing body. Apparently, a voluminous petition against participation by Thomas is on the way signed by 3,000 people involved in swimming, including more than 100 Olympians and Hall of Fame swimming coaches.

It’s hard to place blame on Thomas, who’s following the rules and making a bid for glory, such as it is. Properly, it should be on organizations that permit this reduction of biological females to second-class citizens, and that’s the purpose behind SB 44: to stop these bodies from perpetrating this. Privileging the few (these born biological males aren’t being preventing from competing, they can compete in the appropriate category) at the expense of the many for purely ideological reasons only rents at the social fabric, and Mizell’s bill prevents that unnecessary tearing.

Interested in more news from Louisiana? We've got you covered! See More Louisiana News
Previous Article SCALISE: The State Of Our Union Is In Sharp Decline
Next Article VIDEO: Kennedy Gives His Take On Biden’s State Of The Union