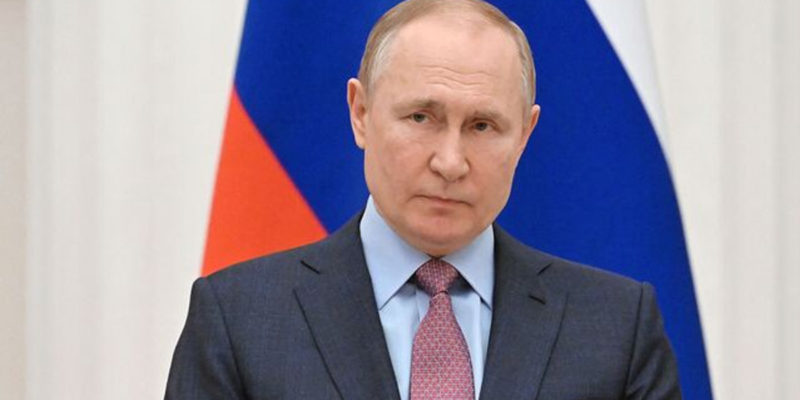 All during the Trump presidency, we heard incessantly that Donald Trump was Putin’s puppet, that Russian disinformation was to blame for Hillary’s loss, and that Putin doing what he wanted because Trump was in the Whitehouse. Unfortunately, barely into Joe Biden’s second year it’s beginning to seem that all those things are being proven true, except under a different president. Russia would never interfere in our 2020 election and didn’t even bother because 2020 was the most secure election ever in the history of humankind or so we’re told.

The problem is, after insisting that the Russians interfered and got their way in the 2016 election, what did we do differently to ensure that never happened again? The answer is… nothing. So, we’re to believe that Russians interfered in 2016, but suddenly nobody in the world dared to mess with our election in 2020?

Understand that I’m not arguing that “Trump won” or that “the election was stolen.” What I am saying is that a political party cannot maintain their credibility when claiming shenanigans when they lose and declaring elections the most secure when they win, and then push legislation making fraudulent votes more likely. If Putin interfered in our 2016 elections, it must be assumed that he also interfered in our 2020 elections. This would cause us to look and say, “Did Putin get his man?”

Actions speak louder than words and one needs only to look at Biden’s approach to Russia. While the rest of the world is standing up to Putin, Pendejoe Biden’s approach has been weak. In fact, so weak that if he entered the local Girl Scouts Arm Wrestling contest, Vegas odds would have Biden coming in dead last. Don’t feel too bad for Pendejoe, he’d still get a trophy for being a strong sniffer. It’s been such a weak administration that one has to wonder if Kamala wouldn’t do a better job as President than Pendejoe. One could argue that the Biden administration consistently puts Kamala in bad situations when it should be the President leading the cause and taking responsibility. On the other hand, Kamala consistently goes out there uneducated on the subject with awful talking points that she doesn’t help her own cause.

What we are discovering about Russia is that their military is far weaker than anybody realized. This is not a strong military. This is not a military ready to take on any more aggression. This is a military so weak that it needs the help of Belarus and is calling on foreign mercenaries. Yet, Putin seems emboldened, as do the Chinese, the Iranians, the North Koreans, the dictators of the world.

Germany stands ready to act. Poland does too. Republicans in Congress are ready to act as are Democrats in congress. The world is ready to move forward and so far our approach is to push sanctions and punish the Russian citizens instead of the soldiers who are slaughtering innocent Ukrainians. It’s often said that Pendejoe is leading from behind, but is that really so? He’s behind alright, but he’s not leading. He’s dragging on the leg of the free world like a ball and chain, clamoring on about WWIII while slowing the roll of the civilized while the despotic grow stronger.  It’s as if he’s scanning the scene looking for the quickest route to the mic and camera so that he could take credit for all things good and pass blame for all things bad. That alone should make one suspicious.

But a quick review of Biden’s campaign and presidency goes to show that he’s all about Making America Last and everybody else a priority. His entire philosophy is bribing the bad and punishing the good. In that, American pipeline workers get the shaft, and yet he immediately approves Russian pipelines.  Not Putin’s puppet, right? His sanctions have been reactive and has not been proactive concerning Russia’s invasion of Ukraine.

And if anybody dare to question Biden and suddenly you’re in the crosshairs of the lapdog media, accused of being a Putin puppet, accused of spreading misinformation. Even bordering on calls of treason, as was the case when Mitt Romney called Tulsi Gabbard a traitor. Our country is quickly resembling the debating styles of Nazi Germany   instead of a nation that respects the speech of a free people. While I did vote for Mitt Romney for President and probably would not have voted for Tulsi Gabbard, for Mitt Romney to abuse his power and call Tulsi Gabbard “treasonous liar”, I’ll have to take her side and call for Romney’s resignation. While I can’t always say I’m happy with my votes, I can say, I clearly made a mistake voting for Romney.

Unfortunately for Democrats, they are on their own fast track to their come to Jesus moment. The Biden approach is to appeal to the least intelligent among us and is now targeting the Tik Tok user. It seems the traditional media continues to flake on their sworn obligation to carry Biden’s water. While so many in the media still stay loyal, the smarter personalities are saying, “if I can’t buy this, how can I sell it?”, thus breaking ranks.