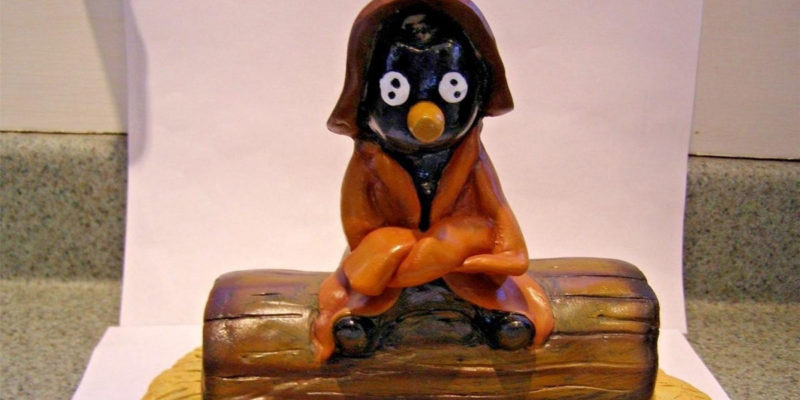 In northwest Louisiana cancel culture strikes again, providing another object lesson that confession in response doesn’t necessarily do the soul nor the bottom line good, but only emboldens the mob.

Last week, the Caddo Parish weekly Focus SB/Inquisitor – a combined publication with one half dealing with community events, news, and opinion and the other replete with crime stories and mugshots of the jailed (as the masthead of that side of the paper warns, “If you don’t want it printed, don’t let it happen”) – published an editorial by owner John Settle. Formerly a lawyer, for many years he peppered local media with opinion pieces until purchasing The Inquisitor in 2019 and expanded it from its scandal sheet roots, giving him a chance to blast away through his own print forum. (When the change came, for several months I was employed as an opinion writer by the revamped publication.)

While Settle certainly has his favorites among local politicians, he takes a very uncompromising view on government transparency, with his critical comments at one point leading Bossier City Attorney Charles Jacobs to wish Settle would have an up close and personal encounter with a Zamboni ice-cleaning vehicle. As it turns out, this would have been preferred to what hit him as a result of the recent column, which delivered a laundry list of do’s and don’ts and general advice for councilor candidates in Shreveport’s upcoming elections.

Point 12 cautioned, “Be ready to suddenly have a tar baby that will go with you to church, the grocery store, work, social events and even to bed. As the campaign goes along the baby will get bigger, heavier, and more intrusive.” The “tar baby” term refers to a problem that you cause to stick with you that becomes bigger and more intractable as time goes on, take from the short story “Tar-baby” that later Joel Chandler Harris adopted as part of his Uncle Remus set.

That’s what brings out the long knives today, for anything that smacks of that term’s usage – spoken by a narrator character who is black, unsophisticated (save for the wisdom in his stories), and lives on a plantation – some appear to take as denigrating towards blacks. Unaware of that, Settle said after publication some black acquaintances told him of this, even as the column itself made no reference to race at all.

The publication has an online presence behind a paywall, and Settle also sometime after publication sends out content through an e-mail list. Just to ensure readers he had no malicious intent, the thing to have done for subsequent dissemination would have been to place an asterisk on the term and then append an explanation along the following lines: “The term ‘tar baby’ is a literary allusion to a problem you create that becomes bigger and more inextricable as time passes. Due to its usage in the ‘Uncle Remus” stories, some folks now consider it a phrase derogatory towards blacks. I was unaware of this at the time of original publication, meant to convey no such sentiment in its use, and ask readers’ indulgence to permit its use in its historical literary sense.”

That’s it; no other response was needed. Surely Settle meant no harm – I suspect the majority of the paper’s readers (who in any event are much more likely to peruse the Inquisitor side rather than the FocusSB one where the editorial appeared) are black – and therefore a simple comment that no offense was intended should suffice. Why consciously insult your readers who drive your advertising dollars?

But in today’s world where increasingly the ideologically committed strain to find offense wherever they can locate it and then prove their virtue by having a chance to condemn it, it’s all too easy to walk on eggshells and to avoid breaking them confess your guilt immediately and then beg forgiveness and offer restitution. This especially is the case in business, because activists wanting to use such incidents to bolster their own political narratives of the world will pillory presumed offenders and thereby try to scare away revenues even if the overwhelming majority of customers don’t impute the same gravity to (or even care about) the incident as do the self-proclaimed avatars of judgment who condemn the instigator of the event.

Thus, Settle began issuing apologies left and right. And as many in the same situation allow themselves to do, he began making authoritative appeals extolling his services to the black community – free legal work for the local NAACP, which held a news conference slamming Settle and called for a boycott of the paper, how many black writers his paper employed, all the black candidates he had supported in elections, etc. – but, as is the case when politicians find themselves in uncomfortable situations, when you’re explaining, you’re losing.

Such situations when the accused apologetically retracts an action and protests in some form he isn’t “racist” always come off as implicit admissions of guilt and are the fuel that runs the grievance industry. One could argue in allowing himself to be used as a pawn by ideologues whose path to political power consists of propagating a false narrative that America is structurally, if not irredeemably, racist – for only that attitude justifies their overreaction to his piece – Settle brought the ensuing wave of publicity onto himself.

It’s difficult take a principled stance against letting yourself get bullied to fit others’ needs when that reaction means a potential hit to your income statement (the paper already lost one advertiser over this). Then again, not to do so betrays ignorance that no amount of pandering and self-flagellation will prevent that, because the hopes of eliciting these precisely provides the validation your critics crave and so they will try to take a pound of flesh regardless of what you do, in order to demonstrate their outrage and confirm their worldview – and as a warning to anyone else who threatens their power who would expose that they actually wear no clothes. Settle’s unsettling experience only reinforces this reality.