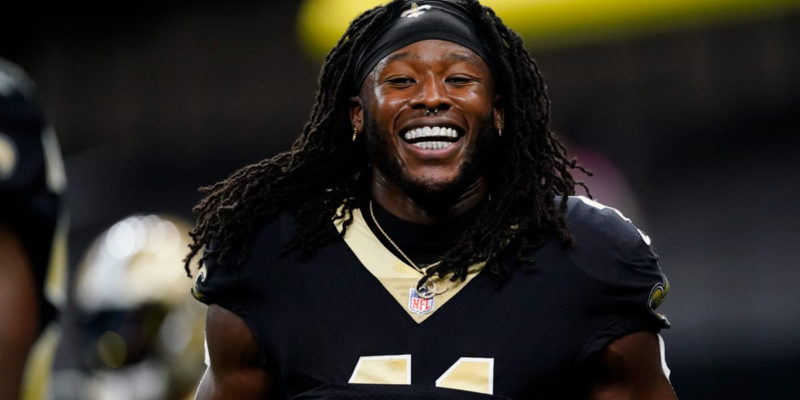 An attorney represented Alvin Kamara, star running back for the New Orleans Saints, at his first court appearance in Las Vegas on Tuesday. Last month, Kamara was in Las Vegas to participate in the NFL Pro Bowl. In the wee hours of the morning before the game, police say Kamara and three other individuals attacked a man identified as Darrell Greene after they left a local nightclub.

According to police, Greene was attempting to enter a hotel elevator with Kamara and his group. After he was stopped by Kamara, Greene pushed his hand off his chest. This infuriated Kamara and his friends, which included Kansas City Chiefs cornerback Chris Lammons.

The group pushed, hit, and kicked Greene multiple times. He was knocked unconscious and suffered a fractured orbital bone in his right eye as well as minor injuries to his arms, knee, and head.

Kamara was arrested on a felony battery charge. His attorney did not enter a plea on Tuesday as he still needs to conduct interviews and review surveillance videos. The next court hearing is set for April 25.

Why did he strike Greene? Kamara contended that Greene threatened to hit him and called one of his friends “ugly.” He claimed that Greene was running away so he chased him and pummeled him for his insults.

Unfortunately for Kamara, the surveillance video reportedly paints another picture. It did not show Greene running away. In fact, a member of Kamara’s group struck him. Then, Kamara joined in the beating and “immediately attacked” Greene as well.

Greene did not hit Kamara or anyone else. After he was knocked unconscious, Kamara’s group kicked him in the “face, chest and legs.”

In the end, Greene was kicked a total of twenty-three times and punched nine times. Police claim that Kamara was an active participant in the beatings, punching Greene eight times, including three times after he had already fallen to the ground and was unconscious.

In Nevada, a felony battery conviction carries a sentence of one to five years in prison and a $10,000 fine.

If the police report is accurate, and is corroborated by the video evidence, Kamara should be found guilty. He should not receive one iota of special treatment as an NFL star. He should be treated the same as any other person charged with such a serious felony offense.

If found guilty, whether he receives a prison sentence or not, Kamara should be suspended for the entire year by the NFL and made to forfeit his handsome salary. In addition, New Orleans Saints owner Gayle Benson should bid farewell to Kamara and trade him to another team. She should set an example that criminal behavior will not be tolerated on the team.

His fans will complain that he is a talented player and should be forgiven for assaulting an unconscious man at a hotel. For Benson and the NFL, it should not matter whether he is a valuable player or not. He obviously is not a particularly good person, and he might be a convicted criminal soon, which is the last thing the Saints need on their team.

If the NFL started holding their players to a higher standard, possibly some of the fans who have become disenchanted with the league in recent years would return.

Unfortunately, the usual message that the league sends is that criminal behavior by players is tolerated. Players are given special kid glove treatment because of their “talent” and “popularity” and are not held to the same standard as average citizens.

Let us hope young and impressionable New Orleans Saints fans do not want to grow up and emulate the behavior of Alvin Kamara.

What he does off the field in the game of life is much more important than what he does on the field playing in an NFL game. What happened in Las Vegas at that hotel, not in the Pro Bowl, should give everyone an exceptionally good insight into the real Alvin Kamara.