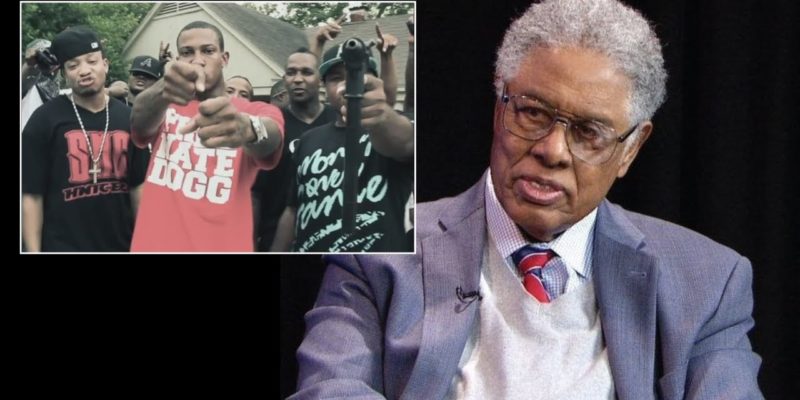 What follows is a two-part video series which comes from a tremendous Thomas Sowell book, Black Rednecks and White Liberals. Sowell explodes a whole lot of common narratives in that book, but most notably he makes the case, which this pair of videos captures the essence of, that “black culture” is by no means wholly a product of slavery and segregation. In fact, Sowell says, and passes along scholarship to document it, that what we know as ghetto culture today isn’t racially derived at all.

It’s a fascinating case. Sowell says, in fact, that “black culture” comes from southern white culture, which came from the rural, underdeveloped areas of southwestern Great Britain where most poor southern whites immigrated from.

Much of that southern white culture has melted away as a result of urbanization, social mobility, mass media and other factors, but you can certainly still see it in the more backward and rural areas, particularly in Appalachia. It’s commonly quite striking how similar you’ll find the culture of poor urban blacks and poor rural whites to be.

Sowell says that’s because it’s the same culture. Blacks were brought as slaves to the South, and there they mingled not just with white slaveowners but poor white farmers and others, and as those slaves weren’t imported in the typical way immigrants are – families and clans didn’t immigrate; they were caught, sold into slavery, and brought to America mostly as individuals – they didn’t really bring all that much African culture with them.

Instead, they inherited the culture of poor white people.

That’s why most Afrocentric cultural adoptions in the black community are often so forced and contrived. Kwanzaa, for example, isn’t African; it was invented in Los Angeles in the 1960’s. Kente cloth was a rediscovery by black Americans of a cultural marker which was an invention of the Asante kingdom of West Africa – the very kingdom which served as the procurement and sales agent for the transatlantic slave trade.

It’s also quite interesting to talk to immigrants from Africa about their impressions of the black community. What you’ll find very often is a certain detachment and disdain for the “ghetto” culture. Nigerian immigrant families, for example, earn on average a better income even than whites do in America – and their marital success rate is on a completely different level from that of other black Americans. Their experience gives the lie to the explanation offered by the critical race theory crowd – that 400 years of slavery and oppression have mutilated the black community and driven it into misery.

When in fact, the source of that misery was a dysfunctional white culture of the lousy parts of Great Britain which was imprinted on Black America during and following slavery.

So why has it persisted? Well, because the ghetto perpetuates it. When you have these massive neighborhoods which have no diversity, behavior and speech patterns are reinforced and reinforced again.

The British got rid of the white-trash culture in the south and west of England by shipping those people off to America, Australia and other places. To break up its remnants which are so entrenched in inner cities, it’s probably going to require a fresh round of social mobility and gentrification.

You’ll notice that the black middle class, particularly as it lives in the suburbs, generally exhibits much different behavior patterns and even speaks differently than you’ll see and hear people showing in rough urban neighborhoods.

This indicates the issue is culture, not race. We do ourselves a great disservice in failing to recognize this, because there are people who understand it quite well and use it as a means of keeping Americans apart from each other for the purposes of political power.