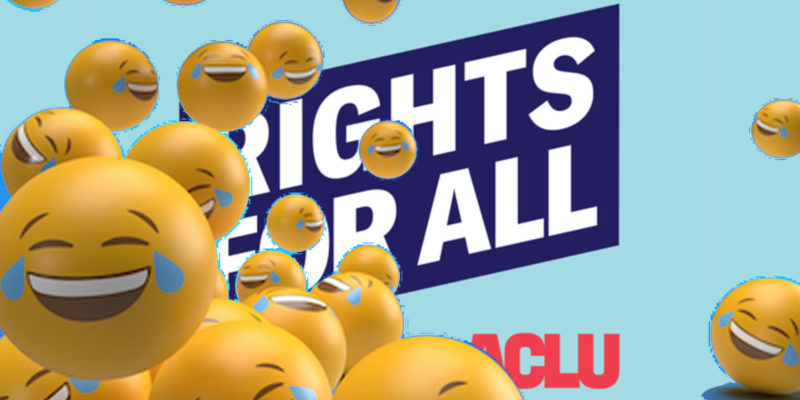 We have a couple of quotes from a press release that came in this morning which we thought were fairly instructive, and we’ll get to those in a minute. But yesterday the committee investigating the Ronald Greene incident, which was Louisiana’s signature “civil rights” infraction of recent years, had a rather dynamic meeting, during which former Louisiana State Police commander Kevin Reeves made some not-particularly-credible statements about the cover-up of Greene’s killing.

Greene, a Black man, died in May 2019 after leading troopers on a high-speed chase in the Monroe area. The agency initially told Greene’s family he died from injuries he sustained in a crash, but body camera video showed he was alive and pleading with officers when they pulled him from his vehicle. The video, which wasn’t seen by the public until it leaked two years later, showed troopers beating, tasing and dragging Greene by his legs.

Members of the committee grilled Reeves for hours Tuesday, asking him how much he knew about the internal investigation into Greene’s death and apparent efforts to cover up what happened.

At one point during the heated line of questioning, lawmakers asked Reeves’ attorney to step away due to repeated interruptions.

During the hearing, Reeves was asked about who ordered that top officials cell phones were wiped.

“When you say wiped, we say sanitized,” Reeves said. “That does sound bad, but there was no malicious intent here.”

Reeves also admitted to doing state business on his personal cell phone. Ironically, he said his personal phone was destroyed to, and there is no backup of that either.

“I cringed to sit in here constantly hearing you say ‘I didn’t read this or that.’ It seems that you were grossly disengaged,” Representative Jason Hughes told Reeves.

“To say it did not happen is a lie. It’s a black eye for the state of Louisiana,” Hardin said. “I’m so glad you put this gentleman in his place.”

Ongoing state and federal investigations will determine whether any of the troopers involved in Greene’s arrest will face criminal charges.

Here was video of Kevin Reeves’ testimony. As you can see, he’s adamant that he didn’t participate in a cover-up – something the committee’s chair, Rep. Tanner Magee proceeds to simp for him by saying there’s no accusation of one. You’ll see that in the second video; Reeves’ testimony begins at the five-minute mark of the first video and continues to the second.

And of course it’s ridiculous for Magee to babble about there being no cover-up. Of course there was a cover-up, and of course it reached Kevin Reeves’ desk. He can say all he wants that he won’t have to answer for one when he gets to the Pearly Gates, but nobody really believes that and when Greene’s mother Mona Hardin got to speak she exploded that narrative with common sense.

There ought to be protest marches over this. All hell should have broken loose. Has it? Hell, no. There isn’t one tenth the outrage over Ronald Greene’s killing as there was over Alton Sterling, a career criminal who was fighting with the cops at the time he was killed.

Now – Eugene Collins, who runs the NAACP in Baton Rouge, did give a short statement at the end of the hearing; it’s toward the end of the second video. He decries the denial of a cover-up and suggests that people ought to go to jail.

Which is fine, but it’s hardly earth-shaking. It comes off as pretty tame, frankly.

Meanwhile, the “civil rights” gang are really torqued up not over the State Police’s killing of a black barber – not a career criminal, a barber – but over a congressional redistricting map passed by a Republican legislature which has been vetoed by the white Democrat governor who sat atop what we all know was a cover-up of the Greene case.

There is now a lawsuit over that map. We’re trying to understand how a map which is not law can be the subject of a lawsuit, but there it is…

Civil rights groups including the NAACP and the ACLU filed a lawsuit against the state of Louisiana over the recently passed maps following a redistricting session.

They claim the maps are unlawfully minimizing the voting strength of Black people in Louisiana. ACLU Legal Director Nora Ahmed said this is necessary to ensure fair representation.

“We are talking about state maps and senate maps that were passed by the legislature that do not account for Black-majority districts,” Ahmed said. “Because the legislature could not conduct that process on its own and get us lawful maps we need the court to get involved.”

They claim the maps violate Section 2 of the Voting Rights Act, saying it denies Black residents an equal opportunity to participate in the political process and elect candidates of their choice.

They’re so fired up about trying to get a second majority-minority congressional district that they didn’t even wait on the political branches of government to even agree on a map – whether through the Legislature’s overriding Edwards’ veto or some other map being drawn.

And then there was this press release yesterday…

In a piece for the Washington Informer, Ashley K. Shelton, executive director of the Power Coalition for Equity & Justice, said, “During this round of redistricting, in Louisiana and beyond, conservative map drawers are not only refusing to create new electoral opportunities for communities of color, they are actively dismantling the voting power of communities of color and carving up such communities to preserve conservatives’ power.”

In a column for Word in Black, Dillard University professor Robert Collins said, “The lawful and efficient exercise of Democracy in the United States depends on voters being able to freely choose their leaders.”

“The fight for justice is perpetual, meaning no generation will have the luxury of abstaining from civil rights,” Jasmine Burney-Clark, executive director of Equal Ground, wrote in an opinion piece for NewsOne.

Screaming about a congressional district that, if they managed to get it, would stretch all the way across the state and look like something out of a Rorschach test – which would be unconstitutional as can be, by the way – when the Ronald Greene case and its cover-up is finally being investigated by the Louisiana legislature and nobody bothers to show up other than Eugene Collins tells you everything.

That this is all politics for these people.

Which is why the response to the Ronald Greene killing has been so muted. There is a cost to that kind of advocacy, which is that it weakens, if not destroys, a Democrat governor of a southern state and puts Republicans in charge.

So we should accept this stuff for what it is. Naked political power grabbing and nothing else. There is no “civil rights” to be found here. The same people who screech about having to be represented in Congress by white Republicans barely lift an eyebrow to a white Democrat covering up the roadside execution of a regular citizen who made a stupid decision to flee from the police instead of allowing himself to be pulled over and probably busted for DUI.

For a long time, as a legacy of Martin Luther King, someone who actually did have moral authority and right on his side, the “civil rights” gang could claim some legitimacy when they showed up to complain about something in the political realm. But that time is gone. These are cheap hustlers and nothing more, and they ought to be ignored.