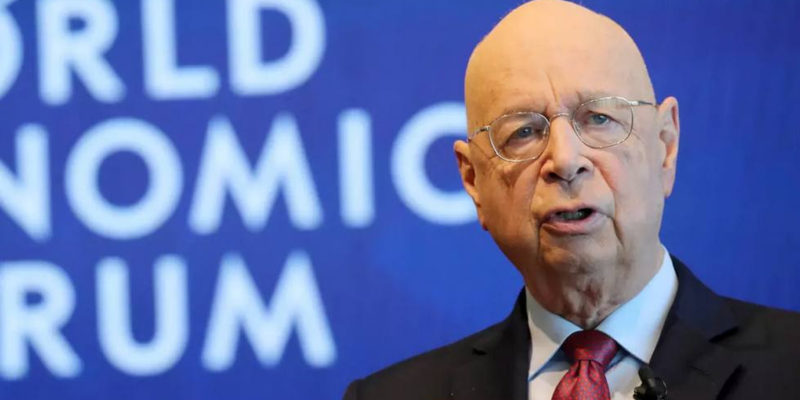 No, I’m not suggesting that we will all end up wearing a swastika and striving to purify our race.  That’s not fascism.  Those are the consequences of one terrible fascist state in history.  Let’s start this out with some clarification on this term, because I don’t think the average American even understands what fascism is and that it is the gravest threat to the globe.

“Fascism should more appropriately be called Corporatism because it is a merger of state and corporate power.” That was the definition Benito Mussolini, the 20th century Italian dictator, applied to the ideology. Mussolini’s brand of fascism was the original, and while people apply the German version, which was Nazism, to describe it that’s a mistake.

Nazism is dead, particularly in America, outside of a few skinheads and FBI informants. But the Italian fascist style is most certainly not. It’s alive and well all over the world.

Today, we are all watching as Putin’s Russia is invading Ukraine and destabilizing world order.  Here in the United States, Biden’s response – and much of Europe’s – is to seize the assets of the Russian oligarchs.  Why? Why would we be so interested in these “oligarchs”?  It’s because our leadership clearly understands what fascism is and how it is undermined.  How do they know this?  They look in the mirror.

What is an oligarch? An oligarch is someone at the top of a government hierarchy that controls a nation with other oligarchs, usually with the purpose of preserving the power and wealth of the oligarchs.  In Russia, Putin remains in power because the few in Russia with control of the resources and economy – the oligarchs – continue to support his regime which in turn uses the power of the government to insure they stay in control of the resources and economy of Russia.  It’s a partnership between the State and Corporation just like Mussolini described.   It’s true, Putin is an authoritarian.  However, his system of control is a fascist system.  It’s the corporate power in Russia that keeps Putin in control and he keeps them in total monopoly of all sectors of the Russian economy and in turn they have made him possibly the richest guy in the world.  See how this works? This is clearly the merger of corporate and state power.  Therefore, our response, attack the assets of the oligarchs.

China is not a Marxist nation.  They gave that up decades ago and started on the road to creating a fascist regime, and with the help and applause of U.S. policy makers.  Today, China is controlled by the oligarchs in the Chinese Communist Party, who are also the owners of the corporate power of China and who are granted by the government monopoly over China’s economy and resources.  Again, this is the merger of state and corporate power.

The method of control of this power may be different in China and Russia, but its core is the same. The power of the State is being used to grant monopoly to corporate power which in turn supports and keeps the regime in power and wealthy.

Now, let’s take a look into that mirror.

In America, the Federal Reserve and the banks under its umbrella — along with its investment wing at Black Rock – have introduced a principle called ESG. This principle is to guide the financing of America.  What is ESG?  Those three letters stand for Environment, Social and Governance.  Its principles were created by the World Economic Forum to control who gets financed and who doesn’t in the corporate world.  It is the method of controlling the economy in a way that benefits the oligarchs in control of western societies and furthering their monopoly of every industry in America.  It is the method by which the powers of the state and the corporate will be merged in the West.  It is the road to fascism in the West.

When you hear the words “the Deep State,” you should understand that this refers to the powers of the State that are being used to protect the monopoly of corporate power which continues to expand and grow here in the United States.

How did you like our response to the COVID-19 pandemic?  Did you understand that the health care policy in the U.S. was being driven by the oligarchy in the health care industry for its own benefit?  Did you notice that your health suddenly was being controlled by the hospitals and Pfizer?  That was fascism at work.

The power of the State was used to enrich the corporate oligarchs that control the health care industry, the hospital and the pharmaceutical industry. Your health care was no longer about you and your doctor, it was all funneled to the hospitals – which are controlled by a small group of corporations – and a few pharmaceutical companies. The state used its power to grant a monopoly to the oligarchs.

Who did the shutdowns benefit, local mom and pop stores or Amazon?  Fascism at work.

What is the purpose of Build Back Better?

Your tax dollars are being showered on a select few corporations and industries that support ESG and the government’s agenda.  When they say we’re spending billions to create jobs and build infrastructure, have you seen what they define as “infrastructure”?

If you think the government picking winners and losers through its laws, regulations and subsidies is bad, did you know that your investment dollars are being steered to the same winners (oligarchs) through ESG mandates pushed by the Federal Reserve and U.S. government agencies that regulate the financial world?

These policies are creating total monopolies in industries. If you thought trade associations like the U.S. Chamber of Commerce were working to stop this, you were wrong.  They are all in.  They are controlled by the biggest donors to these organizations. Do I need to tell you who those donors are?

Do you feel like you can speak out freely in this country?  Who’s suppressing your speech?

Do you think the press in this country is a free one?  It’s totally controlled by five corporations, the top management of which are all completely alike.

Do you think the tax system is fair? Who does it benefit?

Do you think regulations are crushing small business?  Are they crushing big business?

Ever wonder why Nancy Pelosi is an investment wizard or how a crackhead low-life like Hunter Biden can negotiate billion-dollar deals in Ukraine and China? Or, how Al Gore became a billionaire? Or how the Clinton foundation gets hundreds of millions in donations despite a spotty – at best – record of using those to benefit anyone but the Clintons?

Jeffrey Epstein? At least before he became a liability, that is.

Do you see a pattern here?

Now take another look at what is happening in the Ukraine. Now ask yourself why our response is to go after the Russian oligarchs? Who benefits?  Why are we still buying Russian oil?  Why are we working to cut a deal with Iran so we can put their oil into our market?

Particularly when a year ago we were a net exporter of oil.

If you think Biden’s response to inflation, Ukraine, COVID, etc. are baffling?  Think ESG and protecting our oligarchs and all of it will make more sense.

We are on a fast track to total fascism here in America.  Sure, it may be a soft authoritarian regime.  It may keep you in relative comfort and prosperity, for now.  But Klaus Schwab, the founder and head of the World Economic Forum – the organization which spearheads the fascist movement in the West – is openly telling you that “you will own nothing and be happy” by 2030.

You should open your ears and listen.

They don’t scheme in secret anymore.  They are so confident of their total control over your thought process, there is no need to hide what they are doing.  They know you will like it; their media, propaganda, advertising campaigns, movie stars and athletes will convince you. Or if not, they’ll call you a bigot, homophobe, racist, sexist, and insurrectionist, and remove you from the conversations of their polite and equitable society.

Your government is not working for your safety, protection, or prosperity.  Its working for their oligarchs that have captured the deep state and occupy the swamp.  And, as just mentioned, they have no problem removing, marginalizing and disenfranchising dissent.

Honestly, I am not sure that this train can be taken off the tracks.  Not when Google, Amazon, Facebook and the corporate media control all information and, as we found out in 2020, our elections to an alarming degree. Don’t forget that TIME Magazine article from February of 2021 openly bragging about how a “cabal” of billionaires and activists stepped in to “fortify” the 2020 election. This after three months of vigorous denials that anything unusual or untoward had happened to generate such strange and suspect results.

It appears we are headed into a scenario where we are having to pick which group of fascists will control the globe. And we seem to be heading to a bipolar geopolitical world.  The two sides being the fascist regimes in Russia and China, or the fascist regime in the West.  Right now it looks like a western oligarchs-versus-eastern oligarchs kind of a world.

There is another outcome that may be just as disturbing.

Klaus Schwab and the folks at the World Economic Forum are admitted globalists. Ditto for the European Union. Schwab and his ilk have a deep admiration for China, as do the oligarchs here in the U.S. Maybe we are not headed into another cold war.  China is holding all the cards at present; that’s crystal clear. Perhaps China’s oligarchs will join the western oligarchs. Maybe they join together in one big oligarchy.  Maybe this thing in Ukraine is being set up to achieve exactly that goal. Maybe we’re headed into one big happy fascist global state.

I’d much rather some other options. You know, a free press, a free market, governments that serve their citizens, freedom in general. However, those things don’t look to be in the cards at the moment.

Fascism may be inevitable. Without a concerted and vigorous popular rejection, it’s all but assured.

But, don’t worry, you’ll own nothing and be happy.