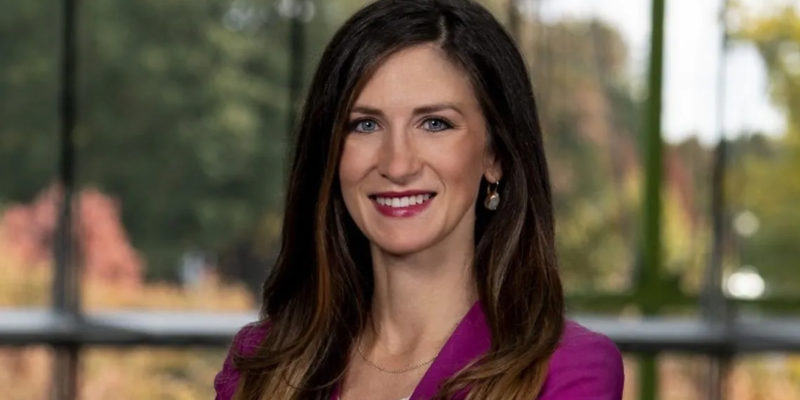 Federal judge Kathryn Kimball Mizelle, of the Middle District of Florida, was one of the last judges confirmed before Donald Trump left office. She was also the youngest of Trump’s judicial appointees – just 33 years old on November 18, 2020 when by a party-line 49-41 vote she was confirmed. A member of the Federalist Society and a professor at the University of Florida’s law school, as well as an associate at the law firm of Jones Day, Mizelle had clerked for Supreme Court Justice Clarence Thomas and also had served as a lawyer in the Department of Justice.

The American Bar Association had rater her “not qualified” when she was appointed.

But Mizelle has now done more to limit the out-of-control power of the federal government than anyone else over the past few years. Yesterday she ruled that the Center for Disease Control’s mask mandate on all public travel conveyances is illegal.

In a 59-page ruling, U.S. District Judge Kathryn Kimball Mizelle concluded that the masking regulation enacted by the Centers for Disease Control and Prevention in February 2021 “exceeded the CDC statutory authority,” and that its mandate was “arbitrary and capricious.”

The decision effectively vacates the temporary federal requirement for travelers to wear masks on airplanes, trains, buses and other forms of public transportation.

It sounds like the Biden administration is going to give up rather than fight Mizelle’s ruling.

A White House official said in an emailed statement that federal agencies were reviewing the decision, but added that, “TSA will not enforce its Security Directives and Emergency Amendment requiring mask use on public transportation and transportation hubs at this time.”

Last week, the CDC extended the mask mandate through May 3, saying it needed more time to gather data on the BA.2 Omicron subvariant of COVID-19, which has led to a recent surge in cases across the country.

White House press secretary Jen Psaki called it a “disappointing” decision and said the CDC was still reviewing the ruling while encouraging Americans to continue wearing masks while traveling. When pressed on whether travelers were currently required to wear masks, Psaki said they were waiting for guidance from the Departments of Justice and Homeland Security.

The ruling was welcomed by some conservative Republicans.

“Great to see a federal judge in Florida follow the law and reject the Biden transportation mask mandate,” tweeted Florida Gov. Ron DeSantis following the ruling. “Both airline employees and passengers deserve to have this misery end.”

The suit was filed last July against President Biden, the CDC and various administration officials by a legal group known as Health Freedom Defense Fund and airline passengers, including Ana Daza, who said she has anxiety aggravated by wearing masks.

The ruling is full of eye candy for lovers of liberty…

In her ruling, Mizelle said the CDC had failed to prove its argument that it put the mask requirement in place for the purpose of “sanitation.”

​​“It is indisputable that the public has a strong interest in combating the spread of COVID-19,” Mizelle added. “In pursuit of that end, the CDC issued the mask mandate. But the mandate exceeded the CDC statutory authority.”

Judge Mizelle relied on three independent grounds in invalidating the mandate. First, she found that it exceeded the statutory authority that Congress has delegated to CDC under the 1944 Public Health Services Act, 42 U.S.C. § 246(a). The Biden administration argued that the mandate is justified by a reference in that section to “sanitation” as an action that CDC can carry out. Judge Mizelle engaged in a close analysis of the text of the relevant provisions and of the meaning of the word “sanitation” in context to conclude that the mask requirement is not “sanitation” within the meaning of the statute. Her reasoning is, I think, persuasive.

The court accepted CDC’s claim that wearing masks would, in fact, retard the spread of covid. But that assumed fact does not constitute “good cause” for proceeding without notice and public comment, or else that requirement would be a dead letter for any action undertaken by CDC.

CDC argued further that a public comment period would have been useless because the agency’s mind was already made up. The court understandably rejected this theory, noting that the rule directly impinged on individual freedom; thus the public had a strong interest in being heard.

Finally, Judge Mizelle found that the Mask Mandate was arbitrary and capricious because the CDC articulated no rationale for the agency’s rejection, or failure to consider, alternative measures, or for its system of exceptions. Judge Mizelle said that she considers this the closest of the three grounds on which she found the Mask Mandate improper, an assessment that seems correct.

The court concluded that vacating the Mask Mandate rule was the appropriate remedy for the CDC’s violations of the Administrative Procedure Act. The court further ordered the Mandate remanded to CDC for further proceedings consistent with her order. I assume the government can appeal notwithstanding that remand, and will promptly move for a stay on enforcement of today’s order in the 11th Circuit Court of Appeals. Appellate practice is not my strong point, and I offer no opinion on whether a stay will be forthcoming, or whether you can assume that you can forgo a mask if you board an airplane later this week.

On planes all over the country yesterday afternoon, flight attendants and passengers were sans mask. It’s a pretty good bet that the great COVID mask kabuki dance is finally over, and some semblance of normality can return to the travel business.

And it’s especially delicious that it was one of Trump’s appointees, confirmed after Team Biden rode a botched election full of irregularities and illegalities to office, who struck the final, fatal blow to our national COVIDiocy.

Stupid mask mandates will persist in a smattering of blue locales, at least for a while, but for the bulk of America it’s finally over. Thanks to Judge Mizelle, who will now become the Democrats’ most hated jurist.