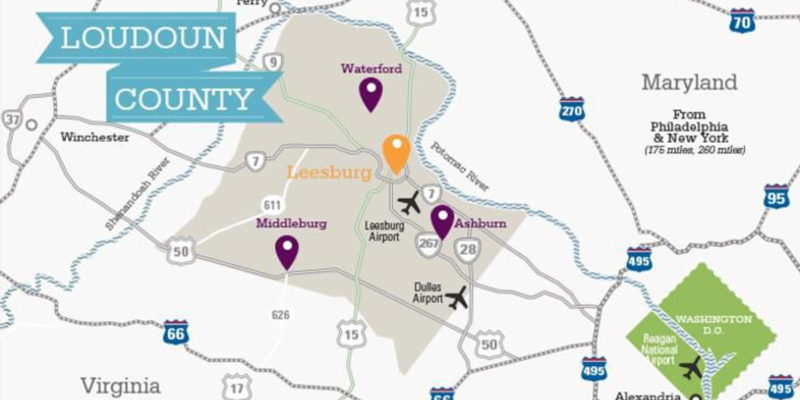 Virginia’s Loudoun County has been the epicenter for the national pushback against overreach by local school systems, as the school board there had restricted public access and parental participation in their sessions.  Tensions rose to such a high level that the father of a student who had been sexually assaulted having been branded a “domestic terrorist” and was arrested at a school board meeting for defending his daughter against those who expressed doubts about her claim.

John Beatty, who describes himself on his campaign website as the “lone conservative on the Loudoun County School Board”, is seeking the Republican nomination for the Beltway-area Virginia 10th Congressional District.

Historically the district had been a Republican seat but is now currently held by Democrat Jennifer Wexton and the GOP is seeking to turn that spot around in the 2022 midterms.

MB:  One of the narratives used against Republicans is that it’s the party of old people though you seem to defy that stereotype?

MB:  How long have you been on the Loudoun County School Board?

JB:  I have served for two years and won an open seat on the board.

MB:  Why are you running for Congress?

JB:  My main frustration is that the problems you see on the school board are being driven from national voices, such as teachers’ unions and the CDC in Atlanta coming up with whatever rules fits the political narrative.  And we need someone in Congress who can advocate for parents on those issues.  And what’s happening in Loudon County might not yet be happening in your county but it’s going to come.

MB:  Loudoun County has been a political lightening rod as of late, being referenced often in the recent gubernatorial election and in school board stories around the country.  Why is Loudoun County so significant?

JB:  It changed overnight.  It used to be a very parents-focused district.  But in 2019 in an anti-Trump backlash a lot of people were elected who changed the political tenor of the board and resulted in a 7-2 Democratic majority on the school board. And then they started pushing all of the ideological points that the national Democratic Party demands.  I’ve seen the strong-arming of my colleagues on votes that they’ve been told they must toe the line on, such as the LGBTQ agenda and Critical Race Theory under the guide of equity.  I think the pandemic also helped show parents what was actually happening in the classrooms because the kids were at home streaming their classes and the parents saw the curriculum that was being pushed and they were surprised at what their kids were learning.

MB:  So you’re saying that the virtual learning exposed the ideological indoctrination that’s going on in our school system?

JB:  Yeah that’s one problem and the other problem was the fight to get schools reopened and the fact that parents knew that their kids were suffering and were not receiving a great education so parent-movements like we had organized in Loudoun County and other places across the country started for reopening their schools.  So the combination of terrible curriculum and energized parents was the perfect storm to attract national attention.

MB:  But why Loudoun County as opposed to some other place in terms of it becoming the hotbed of the parental pushback against the school system?

JB: It’s because it flipped so quickly.  If you were to look at Fairfax County, they have been pushing a lot of the same ideas for a couple of terms now.  If you were to look at Montgomery County on the other side of the river in the DC area, again pushing the same crazy ideas for a while but that you had such a flip and parents were moving to Loudon County primarily for great schools and for them to not get what they expected in the quality of education was the catalyst to bring that change.

MB:  Critical Race Theory has emerged as a major issue nationally.  What are some of the examples coming out of Loudon County of the CRT agenda being advanced?

JB:  As of right now it’s mainly teacher training.  There is this whole “equity system” they encourage building lesson plans from.  You have books such as Ibram Kendi’s “How to Be an Antiracist” as a source to draw from, you have the Southern Poverty Law Center’s Learning for Justice materials, which was so radical they changed its name (from Teaching Tolerance).  Clearly in those resources are tenants of Critical Race Theory and CRT lesson plans.  It’s not a class for say, First Graders in Critical Race theory, which is a strawman argument that you hear, but it is training for teachers to import these ideas into the classroom and incorporate them as part of their whole curriculum.

MB:  Let’s shift back to the election, how do you differentiate yourself from the other Republican candidates in the primary?

JB:  If you look at experience and what you would bring to Congress, I have significant credentials in education, which is on every parent’s mind at the moment.  I look at how technology is taking over every facet of our lives.  And I believe I would be the only programmer in Congress and we need someone who understands how Big Tech is starting to push the regulatory framework so they can keep their monopolies in place.  And I look back at the “hurricane” that hit Loudoun County School Board and the same kind of pressures are in Congress and if you’re not willing to stand tall and be that lone voice what are you going to do in the US Capitol?  You’re likely going to fold immediately and I believe I am the only candidate with those qualifications.

MB:  What is your professional background?

JB:  I studied Computer Science at Virginia Tech and worked at a number of technology start ups in the area.  I was employed at a start up called Taxi Magic and saw Uber’s rise from the inside because they provided a secure product and beat us to market.  I then started working for schools as an IT Director and as a teacher, so I’ve seen education as an administrator, as an instructor, and as a parent of six kids.

MB:  What is your number one priority if elected to Congress?

JB:  Fixing education for our children.  We need to find ways to get tax credits for tuition so that parents have options.  I just filed my taxes and I wish I had some tax credits to help pay the tuition for my kids since I can’t send them to public schools for the moment.  I think parents of all stripes need to have those opportunities and Congress can help do something about that.

MB:  What is your big concern with the public school system in Loudoun County?  You had mentioned a moment ago that people were relocating to Loudoun County expressly to take advantage of the schools.

JB:  That was my family.  We loved the Loudoun County Community School but when COVID struck and the school board decided to go all virtual, which I voted against, my wife and I decided that was not right for our children’s education and that was not going to provide adequate learning so we placed them in a small Montessori school and one of my kids went from not being able to read at a first grader to now reading on a fourth grade level.  And that’s a testament how children need individualized attention and parents need options and I think that having some kind of competition is going to make public schools better in the long run.

MB:  With the recent election of a Republican governor for the first time in many years, do you see that victory as the beginning of a red wave in Virginia?

JB:  Since 2009 it’s been a slow decline to the Democrats in Virginia but Glenn Youngkin’s win can be a way for us to push back as long as we can bring people into our coalition and not alienate voters who are looking for a reason to walk away from the Democrats.

MB:  How did Glenn Youngkin fare in Loudoun County?

JB:  He lost but performed stronger than other Republicans who have run there.

MB:  Virginia used to be solidly Republican and was one of the first southern states that broke towards the GOP though since Barack Obama’s election in 2008 the Old Dominion State has trended increasingly to the Democrats.  Why is that?

JB:  It comes down to the nationalization of local politics, which I saw in 2019 in the school board races.  Being so close to DC you had a distaste for what was going on in Washington that led to people wanting to try something totally new on the local level though I think many have come to regret that.

MB: When is the Republican congressional primary for the seat?

MB:  Now unlike many states there isn’t a runoff but there is a “ranked vote” to settle the nomination on one ballot, correct?

Interested in more national news? We've got you covered! See More National News
Previous Article ALEXANDER: Twitter, Elon Musk, And Freedom Of Speech
Next Article Do We Care That Cedric Richmond Is Leaving The White House?