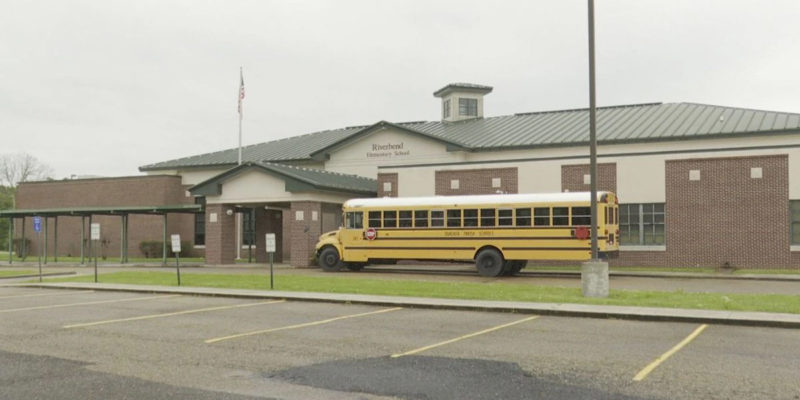 As circumstances of society change, laws and constitutions must sometimes change to fit them:  This is a basic axiom of political life in the States, and the recent controversy at Riverbend Elementary School in West Monroe illustrates a glaring need to put that axiom into practice.

For, even though Easter is upon us, the holiest day of the year, when we celebrate Christ’s glorious Resurrection, His conquering of death and the devil, His gift of a new mode of being to mankind, KNOE reported on 15 April that the Freedom from Religion Foundation (FFRF) has issued a demand to Riverbend to disallow daily prayer at the school because of the complaint of a parent over the ritual.

The basis of this complaint is no doubt the clause in the Louisiana and federal constitutions that no laws shall be made to compel people to adhere to one particular creed or another (‘no establishment of religion’).  There was a time when that was the main religious concern of the peoples of the States – that one of the Christian communions, with support from the government at some level – local, State, federal, would persecute the other communions using political power.

That is no longer the case.  The main threat to Christianity now comes from the weaponization of clauses like those just mentioned by militant anti-Christian groups like FFRF, ACLU, et al. to expunge all public expressions of Christianity from society.

Louisianans have never been shy about amending their constitutions.  Now is not the time to abandon that habit.  For the sake of protecting the Christian faith in our State, Article 1, Section 8, which reads, ‘No law shall be enacted respecting an establishment of religion or prohibiting the free exercise thereof’, needs to have added to it a few more words:  ‘In order to uphold the Christian faith which is the preeminent source of Louisiana’s culture, it may be given special preference over all other religions by any public entity in this State.’

Through such a change, a public school like Riverbend could voluntarily adopt Christian prayers and incorporate the teaching of Christianity into its curricula without fear of being sued; others could just as freely choose not to.

Thus, no one would be forced to join a Christian communion, but it would be a salutary step towards protecting Christianity from its enemies.

The culture of the South grows largely out of the soil of Christianity.  If we value the fruits of it – kindness, hospitality, love of family, love of nature, respect for authority and the laws, good manners, beautiful architecture, etc. – we will take steps like those proposed above to strengthen it.

But while the process of amending gets underway, local action needs to begin immediately.  There have been numerous reports of parents across the States being fed up with the indoctrination of their children in public schools with bizarre and harmful things like critical race theory, LGBT propaganda, and so on.  They’re not gonna take it anymore, we are told.  If that is truly the mindset, then the parents at Riverbend need to push back against the FFRF demand with all their might.  For all of these other issues converge in the issue of protecting and promoting the Christian ethos:  If the latter is done, the other evils will dissipate in the purifying light of the All-Holy Trinity.  In other words, this is the hill to die on.

Organizing and raising money for parent protestors is easier than ever thanks to social media, particularly those that don’t censor their users like Facebook and Twitter (Parler, Gab, Minds, Telegram, etc., are all good alternatives), and thanks to crowdfunding sites like GiveSendGo.  But the parents ought not to have to stand alone:  Government officials at all levels in Louisiana ought to fight alongside them to protect them from lawsuits and other kinds of persecution (fines, arrest, etc.) – from the sheriffs to the school board (shame and dishonor upon Superintendent Coker for giving in immediately to the FFRF demand) to the police jury to AG Landry.  State and local governments are also awash in covid funds, which could be diverted to offset the legal costs, fines, and the rest, that parents and teachers might face for their resistance to the FFRF.  The Robertsons of Duck Dynasty fame, who live in the vicinity, could also lend powerful assistance to the Riverbend school by acting as ambassadors and funders/fundraisers on their behalf.

Nearly every poll shows a steep decline in Christianity in the US; the de-Christianization of the public schools has played a big part in that.  The time to fight is now.

Let the children learn in the public schools once again about the beauty and wisdom of the Holy Gospel; about the Creation of man and the cosmos (not the militantly atheistic ‘evolution’ of them); about the mighty King David, the man after God’s own heart; the zeal of the prophets; the journeys, struggles, and glories of Christ’s Apostles; and the rest of Church history – its highs and its lows.  What better gift could we offer our children?

At the heart of any culture is the cult, the religion, from which it grows.  As we said, Southern culture is the fruit of Christianity.  If we do not take steps to preserve the Church as the foundation of our society, then it will disintegrate as other, antagonistic belief systems arise.  The parents and teachers at Riverbend have a great opportunity to fire another ‘shot heard round the world’ by refusing to yield to any more attacks on Christianity, by mounting a counterattack for the practice of it in public life.  May God help them!  And may they serve as an inspiration for Christian parents and teachers all across Louisiana, the South, and the rest of the States!