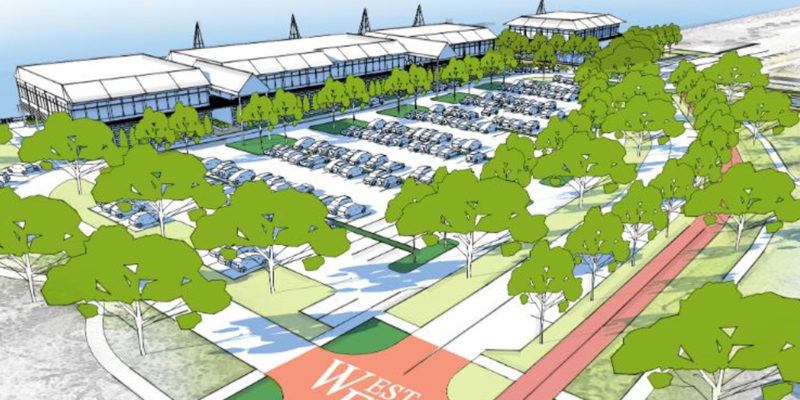 The plan being pushed forward by both the New Orleans and Jefferson Parish Councils to develop West End ignores many of the science and math factors that will likely cause it to fail, while at the same time taking away a valuable Pelican colony.

At the April 12, 2022 Municipal Yacht Harbor Management Corporation meeting, the Hacket Group provided an West End Opportunity Assessment for the land at the west end that once housed numerous restaurants over the water.

Approximately, thirty-five residents attended the meeting and pointed out topics not covered in the presentation. The plan ruled out restaurants, citing the numerous restaurants already in nearby existence. The plan focused on adding retail to the site. The buildings would actually be in Jefferson Parish, providing Jefferson Parish to receive part of the sales tax revenue.

The suggestions for retail included general merchandise, clothing stores, hardware and garden supply stores, and fitness centers. However, these retail outlets are close to the marina as well. The study compared the opportunity to Fisherman’s Wharf in San Francisco. However, Fisherman’s Wharf has anchor restaurants, hotels, and sell tourists items. Similar to the New Orleans French Quarter.

What was not included in the 13-page assessment was the math, science, and environmental impact to the area or feasibility of the project. The tone of the presentation was that the two councils had already decided to implement development without proper evaluations.

The resorts of West End were popular for almost a century. Starting in the 1870s Sicilians from the island of Ustica named Tranchina, Olivieri, and Astredo developed restaurants and resorts that included a rollercoaster and Ferris wheel. West End factored heavily in the development of Jazz with the song “West End Blues” written by King Oliver and made famous by Louis Armstrong in 1928.

By the 1950s, iconic restaurants and bars including Fitzgerald’s, Augie’s, Bruning’s, Papa Rosselli’s, and the My-oh-My Club, and began opening on the west side of the park built over the water in Jefferson Parish, with parking in Orleans Parish. Since 1915, hurricanes have destroyed these resorts.

The science of weather and climate change would now mean any building built would have to be on the land and elevated 14’ high. Are the city of New Orleans and Jefferson Parish planning to give variances to build? How much will wind and flood insurance be for retailers? What happens during the days the floodwall gate is closed? Retail does not seem feasible at West End.

With the buildings built on land previously used for parking, does the math work for providing enough parking per city standards. Parking ratios vary from 4-6 per 1,000 feet of commercial space. The total area available for buildings, parking, and access roads is less than five acres. Will people be motivated to shop in a second story building materials store with a view of the lake? Are the elevators going to be freight elevators to get the materials down to their cars? The assessment did not show the math. The computer layout appeared to provide parking for 200 vehicles. The math would then limit the retail space to 40,000 square feet. The assessment did not include the size of the retail space and the number of parking spaces.

The assessment listed six challenges including NIMB or “Not in My Backyard.” The residents pointed out that at Crescent Park in the Bywater, former Council Member Palmer stated the park’s concerns should first be to the local residents and no commercial or retail is planned to offset costs to operate that park. In Bucktown, rather than a retail and commercial development on the lake side of the levee, the council put in a nature walk over a marsh area. It appears the NIMBs are the ones in Jefferson Parish and other parks of New Orleans. Financially, the Marina is generating tens of thousands of dollars over expenses with over three million in reserves, so extra income is not needed as is the case for Crescent Park.

One solution proposed was to work with the state to place a museum at the site used to educate on the challenges the lake and coastal areas of Louisiana are facing from coastal restoration, Dead Zones, and hurricanes.

A museum could include a display on the West End History including the development of Jazz and deployment of America’s first submarine- The pioneer in 1862. The museum would display Louisiana’s efforts to bring back the Black Bear, Alligator, and Brown Pelican from the endangered species list. Visitors would continue to be able to view the colonies of birds from the shore and enjoy the sunsets.

Hopefully the song “West End Blues” will not apply to the haphazard plan the New Orleans City and Jefferson Parish Councils are currently pursuing.

Interested in more news from Louisiana? We've got you covered! See More Louisiana News
Previous Article APPEL: Crime In New Orleans Is Not That Hard To Explain
Next Article Greg Abbott Actually Is Sending Those Illegals To DC