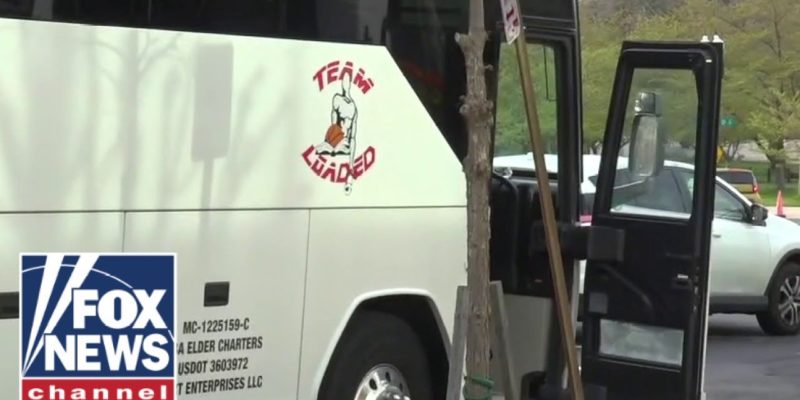 We posted about this a week ago, and the reaction we saw to it on social media was a lot of scoffing from our readers. They all thought that when Abbott, Texas’ governor, said he was sending buses full of illegal aliens crossing into Texas from Mexico to Washington, DC and dropping them off at Capitol Hill, it was just a bluff and a PR stunt.

Nope. He’s doing it. Here’s proof from this morning.

Florida is doing this, too. as the Fox News report above noted, Sunshine State Gov. Ron DeSantis has $12 million in Florida’s Transportation Department budget for busing illegals out of the state. DeSantis said a while back that he’d be sending his illegals to Delaware, which is a direct slap in Joe Biden’s face, but Abbott’s move gives DeSantis a run for his money.

Is this a big deal? Well, it isn’t going to change the desire of the Biden administration, which as we know is simply the rear end of the Obama administration, for wide-open and uncontrolled illegal immigration into the country. They’re even willing to trade away the Hispanic vote – and they are, as recent polls are showing – in order to flood the country with low-skilled Third World migrants who they’ll hook on welfare programs and make into dependent Democrat voters down the line. European socialist parties had pioneered this program in places like France and the UK and the Democrats latched onto it, too.

This has been called the Great Replacement, and Democrats used to crow about how it was going to produce the “browning of America.” They literally laughed about how the demographics they were creating with mass immigration from Third World countries would turn white people into a minority in America. But when the Right caught on to this and pointed out the utter cynicism of it, and the collateral damage it would do, suddenly that was “racism.”

The only way you get a change in immigration policy is to topple the Obama-Biden regime from power and banish these people to the wilderness where they belong. Busing illegals to DC won’t do that.

But what it will do is to show that Republicans are actually capable of fulfilling promises they make. Abbott said he was sending illegals to DC and he’s doing it. If he keeps doing it, sooner or later it’s going to freak out and overwhelm the politicians who run Washington, and it will cause political pain for the Democrats in Congress.

While at the same time boosting morale among Republican voters back in Texas, and giving voters in swing states and in places like Louisiana and North Carolina – red states with out-of-touch Democrat governors – a glimpse of what can be with some decent leadership.

There’s a building wave within the Republican Party of something which hasn’t been real in the GOP for a very long time – politicians who say they’ll do something and then actually do it. The standard for the party for an entire generation between 1988 and 2015 was to shine the voters on about how conservative you are and then, once in office, make excuses for why you can’t actually do what you say. All the while cutting deals with Democrats to make policy which generally damages the interests of Republican voters.

But Donald Trump came along and struck a few blows in the opposite direction, one symbolic but very meaningful one being when Trump said he was going to move the embassy in Israel to Jerusalem and then actually did it. That was thought to be a rash, provocative move that would start a war, and when he did it he was castigated at the United Nations. Trump and his UN Ambassador Nikki Haley told the diplomats to go and screw themselves, and the embassy opened in Jerusalem to much fanfare, though little media coverage, and no discernible negative consequences.

People noticed, and now DeSantis has set the standard for what GOP leadership is supposed to look like. Abbott is contributing to that standard as well now.

And that’s what this signals. Whether it solves the illegal immigration problem or not, if Republican politicians start making a practice of fulfilling their promises and gaining actual credibility with their voters and the populace at large, it’s literally a brand new political world.

And the Left knows it.

So if these buses keep dropping off illegals in Washington, you are going to see a level of vitriol and animus coming out of the Democrat Party that you’ll both recognize and be surprised by. They always get emotional, but this will make them unhinged.