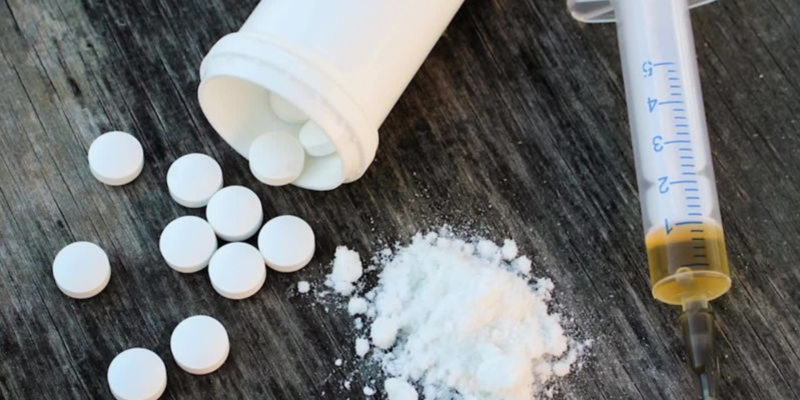 Drug-overdose deaths in 2021 topped 100,000 for the first time in a calendar year, federal data showed, a record high fueled by the spread of illicit forms of fentanyl throughout the country.

More than 107,000 people in the U.S. died from drug overdoses last year, preliminary Centers for Disease Control and Prevention data released Wednesday showed, roughly a 15% increase from 2020. The proliferation of the potent synthetic opioid fentanyl has been compounded by the destabilizing effects of the Covid-19 pandemic on users and people in recovery, according to health authorities and treatment providers.

There is no question that the main source of fentanyl is across the southern border. So I suppose I as a cynic would ask, what means more to President Joe Biden and Democrats, the lives of helpless Americans who are hooked on this poison? Or is the Democrats’ desire to cultivate future voters if they can figure out how to award border jumpers with citizenship a more pressing need for American society as they see it?

If there is another possible reason Biden, by refusing to enforce immigration laws, is helping Mexican cartels make billions as they overwhelm American cities with drug crime, death, and homelessness?

I am open to hear it, but as I doubt it, I suspect that as long as Democrats control the White House drug deaths and the decline of our urban centers will continue to increase exponentially, even as drug lords laugh all the way to the bank.

But what makes these figures all the more devastating, even agonizing, is that these are people we’re talking about, not numbers. This is someone’s son or daughter or spouse or friend, often a young person with a whole life ahead of him (or her), only to be cut down by drugs.

Even more agonizing still is the fact that many of these overdoses are completely unintentional, the result of prescription pain pills laced with fentanyl. In fact, according to Yahoo News fact checkers, “fentanyl now ranks No. 1 on the list of biggest killers of 18-to-45-year-olds in the United States, and by a wide margin.”

That means that, for the last few years in America, more people have died because of fentanyl than because of car accidents, suicide, or COVID. In fact, “in the year ending April 2021, fentanyl overdose deaths outpaced the new No. 2 killer, automobile accidents, by the largest margin yet, 40,010 to 22,442.”

The Yahoo News fact checkers also noted “In 2019, PolitiFact West Virginia gave a Mostly True rating to the statement that ‘just two weeks ago, Customs and Border Protection seized enough fentanyl to kill every person in West Virginia 32 times over.’”

America is sick, and we need help. That help can only take the form of average citizens who finally realize that prosperity and happiness comes not through empty Progressive promises, but from American values, morality, family, work ethics, frugality, and common sense.

Interested in more national news? We've got you covered! See More National News
Previous Article On Vaxx Idiocy, The Senate Health And Welfare Committee Fails, As Expected
Next Article The Democrats Are Like A Broken Centrifuge Spinning Its Way To Chaos