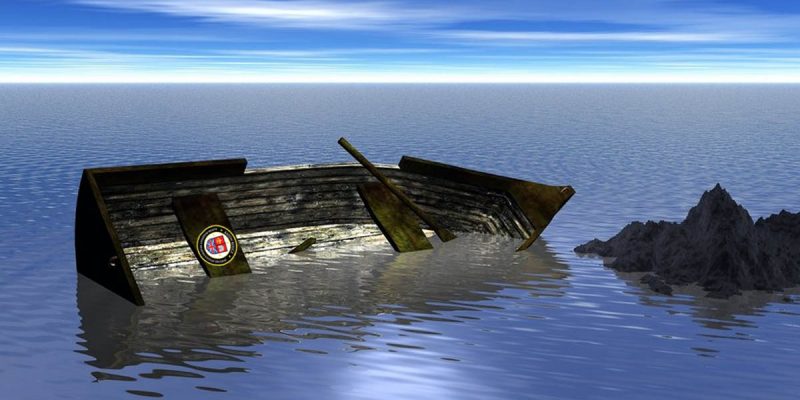 Baton Rouge Police officers have had their hands full investigating at least two homicides, one of them being a stabbing death, an attempted armed robbery and a woman run over by her own boyfriend.

Starting with the most recent, around 3am on May 18, 2022 on Florida Blvd, an 18-yr-old woman was killed in a drive-by shooting. She was shot in the head and died on the scene. Witnesses told officers one or two vehicles had been following them and then started shooting at them while driving down Florida Blvd. The teen was the front passenger in the car. The driver and back passenger were not injured.

Prior to that, just after midnight, a 47-yr-old woman was allegedly run over by her own boyfriend on W. Washington St. As he left the scene, he fired several shots. Officers did find the spent shell casings at the scene confirming the shots fired.

Also around midnight, a 23-yr-old ended up shot in the chest from a self-inflicted gunshot wound after playing with a gun. He died from his injuries.

Around 7pm on May 17, 2022, officers responded to Wooddale Blvd. for a man shot three times near a pool. He was transported to an area hospital for his injuries.

About an hour earlier at 6pm on Adams Ave., officials found a man stabbed. He was transported to a hospital where he died.

A man was arrested Tuesday and charged with 100 counts of possession of pornography involving juveniles and six counts of sexual abuse of animals.

Harvey Landry, a 74-year-old from Zachary, was arrested after a joint investigation with the Louisiana Bureau of Investigation, the FBI, Homeland Security, East Baton Rouge Sheriff’s Office and Zachary Police Department.

Landry was booked into East Baton Rouge Parish Prison and his bond has not been set.

Harvey Landry is the director of the foundation board for the Greater Baton Rouge State Fair.

After decades in the Capital City, the Greater Baton Rouge State Fair is heading to Ascension Parish.

“It’s gonna be a task, no doubt about it,” said Gonzales Mayor Barney Arceneaux. “But can we do it? Yes. I have all the faith in the world.”

Since the mid-60s, the fair has taken place on the fairgrounds on Airline Highway. Fair chairman Cliff Barton says this move comes with their original location being under construction for at least two years.

“We’re very impressed by the infrastructure that they have. That will allow us to do things we have never done before, to increase our portfolio,” said Barton.

After searching for a new spot, Barton says they chose Lamar Dixon because of its promise of future opportunity.

“We can move into rodeos, we can have all kinds of different things related to agriculture and as a state fair, we have to do that,” said Barton.

Good chance that fair will never return to East Baton Rouge Parish, even though Ascension’s roads are so grossly insufficient that one shudders to think about what it’ll be like to get in and out of Lamar-Dixon for a big event like that day after day.

The state fair isn’t the only thing bugging out, by the way…

Republic Finance, a rapidly growing consumer lender founded in Baton Rouge 70 years ago, is establishing its headquarters in Plano, Texas.

The company, which ranks twelfth on Business Report’s 2021 list of the region’s highest-grossing private firms, joins Raising Cane’s, Walk-On’s and Amedisys in expanding outside the Capital Region to attract talent. CEO Rex Ellison says the Dallas area’s workforce and amenities, and the lack of local progress on issues such as crime, infrastructure and education, led to the move.

“Baton Rouge isn’t necessarily known as a financial mecca,” he says. “We’re able to source talent very quickly in the Plano area. That area’s growing so much. A lot of people want to relocate there.”

Meanwhile, convincing people to move to Baton Rouge is difficult, especially after they’ve researched the area’s crime rate and schools, Ellison says. People assume they’ll have to pay for private education, he adds.

Ellison says Plano officials are “excited” to have their headquarters and are providing economic incentives. He says local economic development officials did not visit him to try to convince him to expand in Baton Rouge instead, though he didn’t reach out to them either.

He figures Republic Finance’s growth—going from 100 employees in Louisiana and Mississippi to about 1,300 in 13 states since Ellison joined in 2001—would have put the company on officials’ radar, though attention from the Baton Rouge Area Chamber might not have made a difference. Several of the company’s top executives already are based in north Texas.

“The executive team that I hired, I don’t think any of them would have moved to Baton Rouge,” he says.

It’s humiliating, isn’t it? Baton Rouge is like a farm team for cities like Dallas and Atlanta, feeding them young and growing businesses which have managed to play their way to the major leagues.

It’s hard to get above Double-A when you’re only major league level when it comes to burglary and gang shootings, or, if you prefer, late-night donut-racing on major city streets.

What people don’t know, or refuse to recognize, is that when a Republic Finance starts moving out of town it’s actually a good thing for leftist Democrats like Sharon Broome, who runs this plummeting city. Because the people in responsible positions at a Republic Finance don’t vote for the Sharon Broomes of the world. That means getting rid of them – either to the suburbs or to other cities – is the way to insure you never lose another election.

When Republic Finance leaves, what’s left is usually poorer, dumber and more dependent on government. And that remnant votes for the most redistributive, leftist politician, and preferably the dumbest and most obnoxious redistributive leftist, that it can find.

See Chauna Banks if you’re not sure about this.

This is planned, active destruction of a city. The amazing thing is that anyone stays.