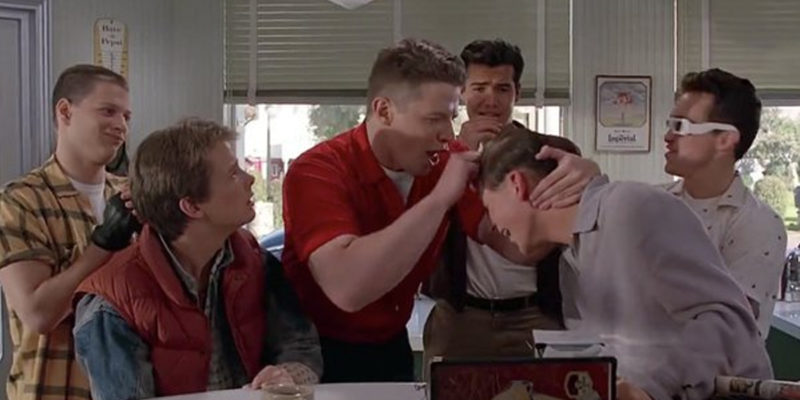 Louisiana’s legislative Republicans can deal a huge blow to the woke left. Why aren’t they?

A number of bills remain in various stages of viability in this year’s legislative session that could do the job. SB 44 by Republican state Sen. Beth Mizell that would prohibit biological males from competing in single-sex scholastic and collegiate sports for females has moved along best, which looks to expected Senate concurrence and a trip to Democrat Gov. John Bel Edwards’ desk. Last year, Edwards vetoed something very similar that the Senate voted to overturn, but with all but one Democrat in the House of Representatives sticking with Edwards, an override fell just short.

Which meant Edwards and legislative Democrats thwarted the will of two-thirds of the population, according to polling. It’s a winning issue for Republicans, and they should dare Edwards to try again.

And while he’s in a demonstrably weaker position. Last month, he became the first governor under the current constitution to suffer an override in a veto session. Last week, he lost a court case where he overreached on executive emergency powers to deny exercise of religious freedom. This perhaps provoked him to have the Department of Health revoke its rule that would have made Louisiana school children become the only ones in the nation required to have a Wuhan coronavirus vaccination to attend (unless parents affirmatively opted their children out).

Yet the Legislature on its own could have done that by passing HCR 3 by GOP state Rep. Larry Bagley that would have suspended that rule, which also applies to college students. It easily passed the House but then couldn’t get out of a Senate committee because Republicans wouldn’t press their better than two-to-one advantage in the chamber. And until that passes the Senate, college students still have to endure this nonsensical requirement.

One option would be a discharge motion to spring it, which happened in the case of another slam-dunk bill over in the House, HB 837 by Republican state Rep. Dodie Horton. It would prevent educators in the classroom from grooming young children into sexualized natures prematurely, again a winning issue when it comes to public opinion drawing approval from over three-fifths of the population. Still, rogue Republicans on the House committee would have sank it except for the legislative party coalescing to muscle the bill out.

Yet the leadership hasn’t scheduled a vote on it, and since GOP Speaker pro tem Tanner Magee was among those voting against, likely he and Republican Speaker Clay Schexnayder (who did vote for it) would rather not see it advance for reasons unknown. Perhaps they fear a veto that, without the few renegades supporting, they could not override, but, so what? Let Edwards, just as with SB 44, issue a veto on it. Even if not overridden, it provides another Sybok/Kirk moment (10 seconds starting at 6:36) for Democrats: their opposition and prospective veto is who they are, and another announcement of that in this fashion decreases their bleak 2023 election chances even further.

And then there are bills brought by GOP state Rep. Ray Garofalo, where HB 787 would prohibit teaching built along critical theory in elementary and secondary education, which demeans certain students solely because of their race, sex, or other characteristics. This a House committee turned back, with Republican state Reps. Barbara Freiberg (who also voted against HB 837 in committee) and Phillip Tarver causing its defeat by a single vote.

Once again, it’s a winning issue for Republicans, as a plurality of Americans (48 percent) back the intent of such legislation, almost twice the proportion of those who oppose that. And again, something like this should have an easy path out of the chambers, as has happened in the cases of SB 44, HB 837, and HB 787 in other states.

So, it seems incomprehensible why Louisiana’s House Republican leaders, despite the few rogues in the party’s midst, haven’t moved forward on HB 837 and show no sign of wanting to advance HB 787. These, with SB 44, are good and popular measures that remove poisons from the body politic, yet they hesitate. It makes sensible folks want to go all Biff and George McFly on them, imploring them to think. What are they waiting for?

Interested in more news from Louisiana? We've got you covered! See More Louisiana News
Previous Article The Clay Schexnayder Stepsons Controversy
Next Article KNOCK KNOCK: What the WHO is Supporting This Pandemic Treaty?