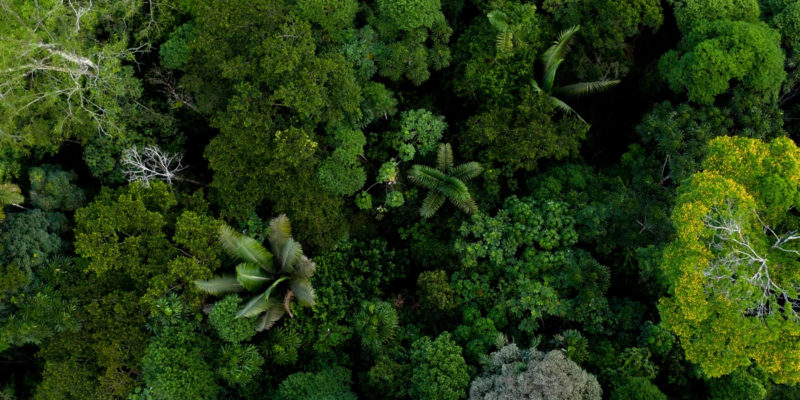 Have you seen it? Do you understand it?

We are in a time when the old expression “you can’t see the forest for trees” is in play. Over the last few months, capped by two Supreme Court rulings, the trees are there to see. But the forest is what matters, and the forest is best described as the metaphor of the great American cultural pendulum. When all the trees are taken together the American forest is the inexorable momentum back toward the center of gravity of American thinking.

With the election of Biden, Americans thought that they had gotten a leader who would be moderate, a leader who would unite. Instead, they got a weak man who never really was what the media portended him to be and, perhaps because he doesn’t have the will or the courage, has deferred his Administration to a radical progressive cabal that seeks to control by division, not inclusion. Now American voters have buyer’s remorse, and the polls prove it. This tree is there for all to see, Americans now know what progressive policies and collective government means to them and they don’t like it.

Following on are two Supreme Court rulings, one on the 2nd Amendment and one on abortion. The details of these pale in comparison to the significance of their context. In these rulings the Supreme Court has made clear that American legal precedent shall be based on constitutional principles and not on emotion or political expedience. In effect the Court has de-politicized itself by reliance on the underlying principles of our Republic. Significantly, but in another sense, these rulings have started a process of cutting down the concentration of power in Washington by returning it to where it was originally intended to be, in the states whose governments are closest to the people.

This last point is huge. Since the early 20th century, the Democratic Party, with the acquiescence of half-hearted Republicans, has slowly strangled the nation in collective government centralized in Washington, DC. With politically advantageous court rulings this long-term goal has slowly undermined the voice of the people as expressed by the states, even as it overly empowered a mere handful of states with massive Democratic voter bases. Now the Supreme Court, relying upon the Constitution, has implied the start of the process of breaking up the Washington monopoly and returning America to a republican form of government in which the representatives are elected democratically. A form of government where the people, and not the bureaucracy, rule.

Democrats are understandably apoplectic, the majority of them, over the issues in the rulings. But more impactful are those politically astute who see in these rulings a challenge to the underpinnings of their power and money. This is another tree in our forest.

So now to the significance of the forest. As power once concentrated in the Washington monopoly moves to the states, the ability of the Democratic Party to push America ever closer to socialism wanes. Exacerbating their dilemma with senior leadership that is disavowed even by moderate Democrat voters, there is no one with any credibility to induce Americans to stop demanding the return of their political freedom from Washington. Probably the opposite is true.

As the pendulum swings, power will move away from the bureaucrats who run the rat maze in Washington, and the radical politicians who pave the way for them, and citizens will come to wonder why they gave them such authority in the first place. In the longest view, we will see a time when the peoples’ demand for justice and freedom breaks up the monopoly that retards America’s potential.

Think about this: instead of individual trees the people recognize a forest of freedom from government and use that freedom to build prosperity that mitigates poverty, that emphasizes morality and ethics, that builds family units instead of destroying them. These are all concepts that Democrats have told us are signs of racism or “the patriarchy,” or some other nasty phobia, but they are the concepts on which the Constitution was based, concepts that built America. The proof of their validity, the proof that demolishes Democratic gaslighting, is in the vast throngs of minorities and extra-nationals that will do anything to come here.

Am I naïve to think that anything would derail the inevitability of our suicidal drive toward collective government? Not really. For an interlude, in the time after Jimmy Carter was President, America shed many big government principles. For decades following the implementation of Reagan’s policies the result was unheard-of prosperity and world standing. And then only slowly, insidiously, did Americans allow a concentration of power for the benefit of a political party creep back into to our forest.

Now as the trees of collective Big Government rot away, we will once again see the light of prosperity shine on the trees that make up the great American forest of free people.