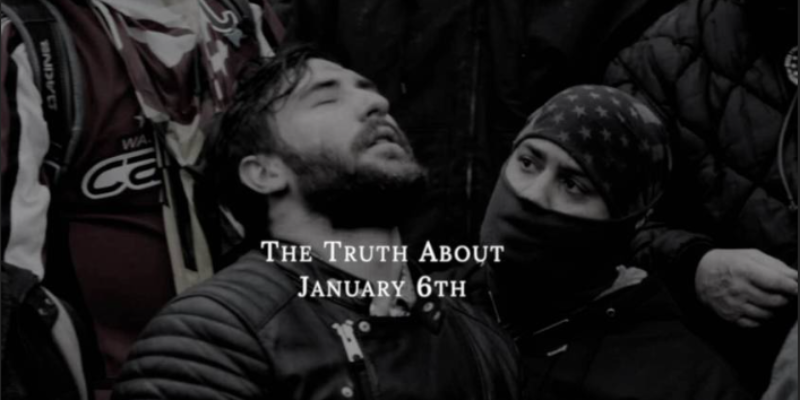 This story is about Jake Lang, American hero.

Today is June 6th, the day we as Americans remember D-Day and the storming of the Normandy beaches in 1944. It is a day some will say is the defining moment in American history.

It seems we have yet another one of those days and heroes that everyone must invest in.

The Gateway Pundit, 78 years later to the day, has released a 45-minute documentary that is a must-see for any American wanting to win their country back. It is right up there with 2000 Mules as films we must circulate to educate far and wide.

The corporate, corrupt, and evil mainstream media would have you believe one story about January 6th, 2021. They of course have shoved down our throats, or tried to, the idea that Donald Trump and his MAGA minions were responsible for the mayhem on that pivotal day in U.S. history.

It is a story very personal to me, as at the time, I had to comment on an ENGL 101 student’s paper that the single secondary source he used–a corporate media, NBC YouTube video–was not nearly enough to support an argumentative stance in an essay, particularly when there was so much more evidence already available for examination.

The student made no change to the body paragraph. He stuck by his tunnel vision as many Americans do.

Most Americans, of course, saw right through the bullsh*t because by that time they had lived through the lies of COVID and Election Day(s). But that has never stopped the mainstream media and government powers from pushing the narrative meant to destroy Trump and destroy America as the deep state globalists circle their prey.

They do it because Trump knows. And Trump is fighting to take down their kingdom.

Today, on another pivotal June 6th, we have a film that tells a different story from what the mainstream has fed us, a powerful one that showcases the resilience and goodness of We the People, and maybe more importantly on this special day where we honor the men who sacrificed everything in 1944, the depth of spirit that lies in the American patriot.

It points to a revival in America right around the corner.

The film is co-produced and narrated by none other than Jake Lang, one of the most persecuted January 6th defendants and political prisoners in America today.

“Lang has balls of steel,” said Tina Ryan of Citizens Against Political Persecution. “He is literally facing almost half a century in prison for January 6th and being harshly persecuted for speaking out against The Biden Regime from solitary confinement. Most human beings would just shut up in fear, but not Jake. The harder they come for him, the harder he fights. It is like David vs. Goliath.”

The film features leading “J6″ Attorney Joseph McBride as a media contributor and expert on the contents of that day.

“This documentary tells the story of how protestors were forced to come to the aid of American citizens who were being brutalized by a militarized police force stamping out free speech in the public square on January 6, 2021,” McBride said. “The Truth About January 6th” tells the story of Rosanne Boyland, a defenseless third party who was brutally assaulted and killed by the police, and how good men pleaded for her life before using force to try and save her life. This is extremely important in illustrating the very real fact that much of the force protesters used on January 6th was legally justified under the ‘Defense of a Third Person Doctrine’…and why that means that many of these men are innocent of criminal assault.”

Lang’s defense attorney Steve Metcalf is inspired by his client’s character. It is a character not unlike what young men fought and died for 78 years ago today.

“Tenacious, passionate, and persistent are just some of the words that explain how Jake takes on any project,” said Metcalf. “I’m confident that such words also apply to the dedication of creating this documentary. Jake will not back down or stop until all the facts and truth surrounding his case and J6 are brought to light.”

My fellow Americans, Jake Lang been imprisoned by his very own country–a country we must take back if it is to survive much longer.

THE TRUTH ABOUT JANUARY 6TH 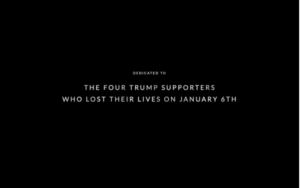 Interested in more national news? We've got you covered! See More National News
Previous Article BAYHAM: June 6 Is The Anniversary Of America’s Finest Day
Next Article VIDEO: Steve Scalise Got Shot And Still Has A Clearer Head On Guns Than Democrats