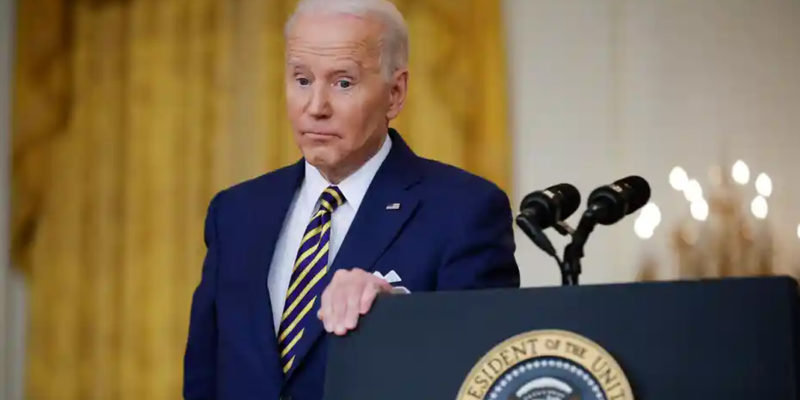 What a week it’s been. Monday we told you that gas prices may have reached a peak point. We laid out a case that gas prices would come crashing down but that it’s the economy crashing that would bring about lower gas prices. Since then RBOB has been sitting around $3.70-$3.90, down from the all time high of $4.33 two weeks ago. It was no secret that gas had dropped 40-60 cents over the last two weeks, but most people weren’t aware of it because it hasn’t quite translated to the pump yet.

Our speculation in that article was that the middle class was tapped out financially and that this was driving the decrease in demand and the middle class had cut back on spending. Since then, there are layoffs that are occurring. In the tech industry, more than 21,000 people have been laid off so far in 2022. While companies such as Netflix have been criticized for pushing a liberal agenda, a “get woke, go broke” isn’t the only problem they face here. This week, Netflix is expected to layoff more employees. This comes after Netflix lost 200,000 subscribers and has lost 70% of its stock price. If this were only due to Netflix forcing their political values down the throats of its subscribers, their decline of users would have been more steady. I canceled my Netflix in 2019 because I didn’t feel I was getting the value for my dollar. I was not entertained, so I cancelled. The loss of subscriber base on a larger scale indicates a more severe problem, and that is people cutting their expenses.

It’s not just the tech industry that is feeling the pain of a sluggish economy, Century Aluminum announced layoffs coming the first week of August. More significantly, JP Morgan is also laying hundreds of people off in their mortgage division. Just a couple of months ago, the housing market was red hot. You found a home and you had to close quickly before other bids came in, but now, the market has slowed, and slowing down even more with the announcement of interest rate hikes. Clearly the economy is heading down a rocky path. If we here at the Hayride are right, and if former Obama economist, Larry Summers, is right, the economy is headed for a disaster.

We’ve told you before the Democrats think their problems are due to messaging.  In a February article we cited, “They spent a lot of time looking at poll numbers, looking at facts, and then fritter it all away on their assumption that Democrats are superior in every way and it is only due to bad messaging that people don’t support them.” Our premise was that Democrats don’t care about how you are affected by policy, they care about how you perceive them. As long as you like them, you can starve for all they care.

Reality is, you are starving, and you’re blaming this administration, so, Pendejoe had to get up in front of the American people yesterday and clear some things up. It’s not his fault, quit blaming him. In fact, he told to gas companies to “lower your prices today!” He does this at a time when gas prices were already on the decline. We just told you on Monday, expect gas prices to decline. Pendejoe doesn’t care what gas prices are, in fact, it’s long been a dream of Democrats to have gas prices high.

You may remember a certain Senator from Massachusetts. No, not the conscientious Senator that once drove Mary Jo Kopechne into a lake for a late night swim and left her to drown. I’m talking about Paul Tsongas back in the 80s. It seemed like every solution he had revolved around his nickname Paul Tax On Gas. Taxing gas is a staple of Democrat politicians and only got outweighed the past few decades by their love of tobacco taxes. Make no mistake, Democrats love taxes. They love taxes so much that if they can find something new to tax, they will cheat on their love of gas and tobacco taxes.

So when Pendejoe stood in front of the American people yesterday and declared that we should have a gas tax holiday and asked the states to also suspend their gas taxes, this wasn’t done as a solution to the problem, it was done out of desperation. Not for the benefit of the American people, but to change the perception that he’s to blame for the high gas prices. It may well backfire on him and cause gas prices to go back up, in fact, during his speech, RBOB increased by six cents.

The other part of his speech including blaming Putin and decrying that gas prices and inflation were not his fault, despite the fact that he was warned repeatedly that if he did what he said he was going to do, we’d get these results. While watching the speech I was reminded of a television series back in the 90s. I couldn’t help but to think Pendejoe sounded a lot like Uncle Urkel. At least in Family Matters, Urkel took responsibility for his disasters “Did I do that?” where as Uncle Urkel is like “Did Putin do that?”, “Did the greedy gas companies do that?”. Now I’m confused, should I call him Pendejoe, or should I call him Uncle Urkel? He certainly is earning both names.

Interested in more national news? We've got you covered! See More National News
Previous Article SADOW: Edwards’ Veto Count Up To 23, And The Leges Have Noticed
Next Article The Steal-A-District Crowd Sure Is Insistent, Aren’t They?