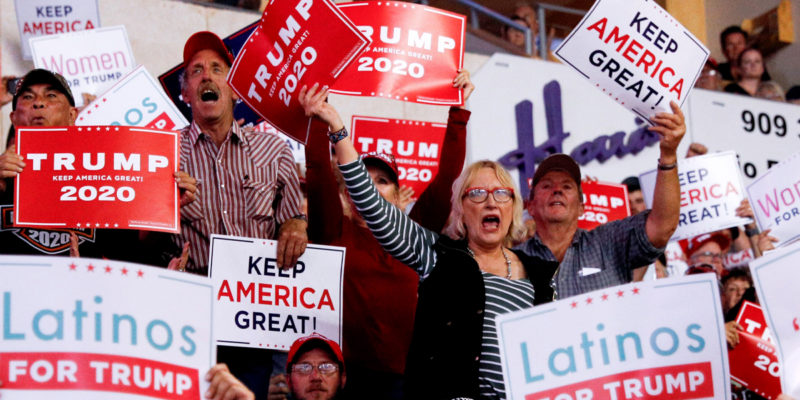 I came across a podcast from 538 titled Why the GOP Has Made Gains With Latino Voters and it turns out they discovered it was because of Socialism and COVID.

Surprise. I could have told them that.

In fact, I did tell you all that here. Maybe I needed to pump up my ego so I went ahead and listened to it. After much research and polls, a couple of left-wing statisticians disclosed their views. In the end, it came off as giving recommendations to the Democrat party.

I didn’t disagree with too much of it but there were a couple of key things that I disagreed with. First were all the other issues that were missing that contributed to the disconnect. The main thing they were citing is “the messaging”. Their conclusion, the GOP effectively labeled Democrats as Socialist and the Democrats didn’t respond in time. They are wrong. It wasn’t that the Republicans successfully labeled the Democrats as socialist, and it wasn’t because the Democrats responded too late to make a difference. It’s because actions speak louder than words and the Democrats embraced socialism with every fiber of their being.

What made this significant to me is that this was leftist trying to understand why they were losing a group of people, they were doing it as honestly as possible and still they managed to not understand why they are losing the key demographic. This is a much bigger problem for the Democrat party and a problem for everybody else. As long as they aren’t being honest to each other about the impact they are having with each other they aren’t going to right the ship.

The reality was, Latinos recognized what was something that they were familiar with happening again because of the Democrat party and ran away because they prefer liberty to obedience, work over forced famine, opportunity over poverty.

It’s not hard to figure out. What the Democrat party stands for is Socialism. They stand for the Fidel Castros, Daniel Ortegas, and Hugo Chavezes of the world. Latin Americans are aware of what goes on in each other’s countries much like we understand what’s going on in other states.

The far-left cry “Socialism has never actually been tried” while ignoring the old axiom that the definition of insanity is trying the same thing over and over and expecting different results. Socialism has been tried and it’s got the results it’s supposed to get, just not the hopes they dreamed of. It’s like some guy spreading his arms on the edge of a cliff insisting that we should join him and fly, that enough people doing it at once will prevent the air from escaping allowing the participants to glide for hours. But despite that guy’s fantasy, gravity works as it is supposed to. Natural laws exist, and no matter their wishes, they can’t overrule natural law.

Give Socialism much thought and the only conclusion is that there must be a powerful central government that dictates what is fair and what ends up being fair is the central government takes all and gives back very little. The average person would initially look at socialism with favor, but as they gave it more thought, would recognize just how dangerous it is.  The far leftists support it (mostly because they fantasize they’ll get to be in control of it) and blame other people when they don’t get the results they want, and when proven the utter failure that socialism is destined for, they instead blame the leaders and claim that socialism wasn’t tried.

It’s the inability to acknowledge they can be wrong about something.

We see this in all aspects of our lives. Teachers treating perfectly healthy kids as if they are disease-infested. They cannot see the cruelty in this. For the last two years we’ve been treating perfectly healthy people as if they are disease infested and acting like it’s sane to do so. But when we still treat healthy children as untouchables, forcing them to wear a mask so the adults can feel safe, we’ve gone on a whole new level of insanity. Instead of seeing the error of their ways, they’ll say I’m spreading misinformation and continue to think themselves to be superheroes sent here to save humanity.

In their world, Pendejoe isn’t doing a bad job. The problem is, “the messaging.” They double down, triple down, and refuse to give up on their policies. Pendejoe doesn’t make mistakes, his policies are as sound, his messaging isn’t good. So, they tuck him away in a basement, shuttling him out for the occasional photo-op and love-affair style interviews. When his poll numbers tanked, they thought it was the messaging and sent him out to a well-publicized press conference. As soon as they realized the “messaging failed”, back to the bunker for Pendejoe and he hasn’t been seen much since.

This administration is desperately trying to reverse their poll numbers. With their build-up to war now finally being questioned by the media and the story line is beginning to fall apart, don’t expect much of a course changing there. And as more and more people question the jobs numbers released by the labor department, don’t expect Pendejoe and the Democrats to change course on the economy. In the end, they’ll keep telling themselves they are the smartest people ever, and you are just too stupid to understand the messaging.