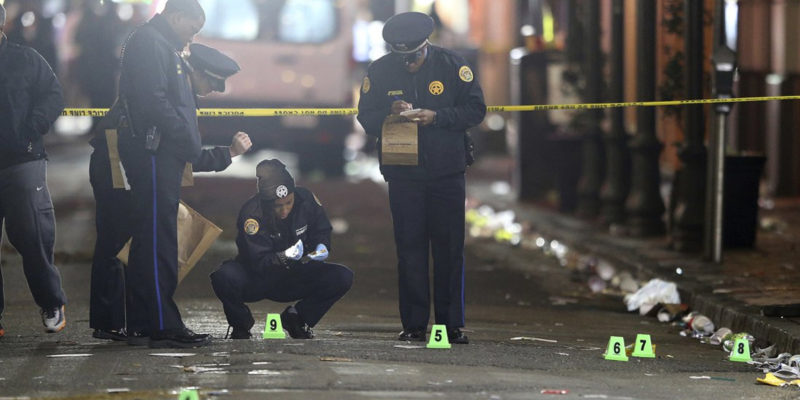 New Orleans is in very bad shape. The infrastructure is decrepit, several of the politicians are a mess, government services are insufficient, and the crime has reached new levels of alarm. Add to that list the reality that government for nearly two years has been abusing and infringing on freedoms of individuals and businesses, and the city is set up to rot into further decay.

The biggest detriment to New Orleans is its leftist residents refusing to address the crime and education problems which mostly stem from a lack of parenting in the African American community. No one wants to say it. Leftists will tweet, “Johann Batiste is a racist,” but they will ignore the basis for that statement while making more excuses.

Mayor Cantrell will grandstand on every mundane issue she can, but rarely talks in realistic terms. In response to the final question from a reporter, the mayor spoke about parenting, albeit briefly, and she walked away from the podium afterward. “To parents who understand firsthand what their children are involved in. This is a fact,” Mayor Cantrell said. “Tough love is important and it’s invaluable. Just like we had even parents bringing their kids in. Hey! Turning themselves in. We need accountability, it takes us all.”

The city government fixates on monuments and street names and carnival throws and masks and vaccines and barring soft drinks on kid’s menus while seemingly ignoring the major issues, as if they are afraid of potential criticism if they actually spoke about who is committing violent crime in New Orleans. Perhaps they think new methods for pursuing criminals will break through and change lifestyles and mindsets. Or maybe the new gumbo spoon and serpent monument will shock the African American community to its senses.

For 15 years the word “resilient” has been over-applied to the city of New Orleans and its people, but time doesn’t lie, the city is not resilient–it is on its death bed. New Orleans will still exist, but it will crumble and taxpayers will leave, and the crime will get worse and worse.

To recap the stats, it was four public shootings over four days, five gun shot victims, four of them women, two in daylight, two at night, all in the same city where District Attorney Jason Williams stated days prior, “I said from the very beginning when I announced my candidacy that I wanted to put the criminal legal system on a diet.”

As evidenced in these shoot outs and from carjackings, women continue to be the targets of the criminals.

Last week’s alleged Costco carjacker, who dragged the vehicle’s owner roughly 30 feet from where she was pumping gas, appears to be a career criminal at the young age of 18. The NOPD and U.S. Marshals arrested Tyrese Harris for the Costco incident, and Harris’ charges include attempted armed robbery, armed robbery with a firearm, aggravated criminal damage to property, illegal use of weapons and illegal carrying of a weapon, and, according to WDSU, a second-degree murder charge for the January killing of 12 year old Derrick Cash.

Forester made another obvious point: “if you don’t prosecute crimes, you’ll get more criminals.”

As the city’s elected and appointed officials make important decisions for New Orleans by focusing on Covid being the big issue at Mardi Gras, crime once again intervened to prove it is far and away the primary issue in New Orleans. Since Health Director Jennifer Avegno and Mayor Cantrell keep driving the Covid narrative around carnival, crime struck with a shootout after the Chewbacchus parade on Saturday night.

“A gunfight involving a 15-year-old and numerous reports of car burglaries marred Carnival festivities for some in the St. Claude and St. Roch neighborhoods after Saturday night’s Intergalactic Krewe of Chewbacchus parade.”

“According to the NOPD, three suspects allegedly opened fire on someone who returned fire before the suspects fled.”

The WVUE story also included: “numerous parade goers reported to police and on social media that they returned to cars parked near the St. Roch Market to find their vehicle windows smashed and belongings taken.”

The city makes it clear its Mardi Gras concerns center around Covid-19. From the NOLA.gov site: “With COVID-19 cases at high rates, celebrations will need to look very different this year in order to keep our residents safe in 2022. We welcome visitors to New Orleans, but we want to celebrate as safely as possible. For that reason, the vaccine and mask mandates currently in place will remain in effect at least through Mardi Gras. That means visitors will need proof of vaccination (or a recent negative test) to enter bars, restaurants and event spaces, and a mask is required in all public indoor settings. To live, work, and celebrate in our City, we all need to protect ourselves.” From Covid. Right.

New Orleans is done. Its Third World status has reached a new low. Its complete collapse is imminent. The mayor was elected twice with a tax issue hanging over her head. The District Attorney will soon go to court on federal tax charges. Oliver Thomas was elected to the City Council after serving time for illegal affairs while previously serving on the City Council. So if the leaders of the city are alleged and convicted criminals, New Orleans has likely reached the point of the no return with the criminals running the system. This is only the beginning.

New Orleans has a real modern-day plague, and it isn’t Covid-19, it is crime. And as this city continues its decades-long decline, the crime has not only increased in frequency it has spread to all parts of town. This group of Democrats in power will not be the ones to turn around the great American city that was run into the ground by Democrats. If only the city leaders took crime as seriously as they take Covid-19, New Orleans might have a shot to improve.