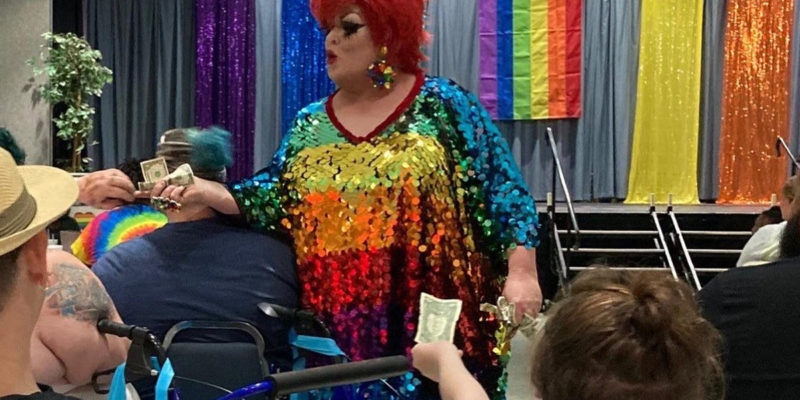 Thanks to the release of the Louisiana Legislative Auditor’s report, there is a spotlight on the Louisiana Department of Health’s (LDH) inability to follow statutory guidelines in regards to their business practices. The opportunity for fraud abounds when you combine a $17.6 billion dollar budget and this extensive, obvious neglect.

Should the Louisiana Legislature be persuaded to hold the department accountable for the continued and repeated failings in several of the audit areas, they should also consider closer inspection of other issues not on the radar of state auditors but of great concern to Louisianans including the spectacle that caught the attention of Libs of Tik Tok, a social media endeavor whose purpose is to expose shocking gender ideology and the intentions to influence children. Incredibly, LDH recently shared a social media post, which has since been deleted, of an event they promoted in Central Louisiana in which they proudly display a photo of a young child with an outstretched arm, handing money to a man dressed in drag. Touted as a family-friendly Pride event by LDH, the drag queen in the photo has money clutched in both hands. 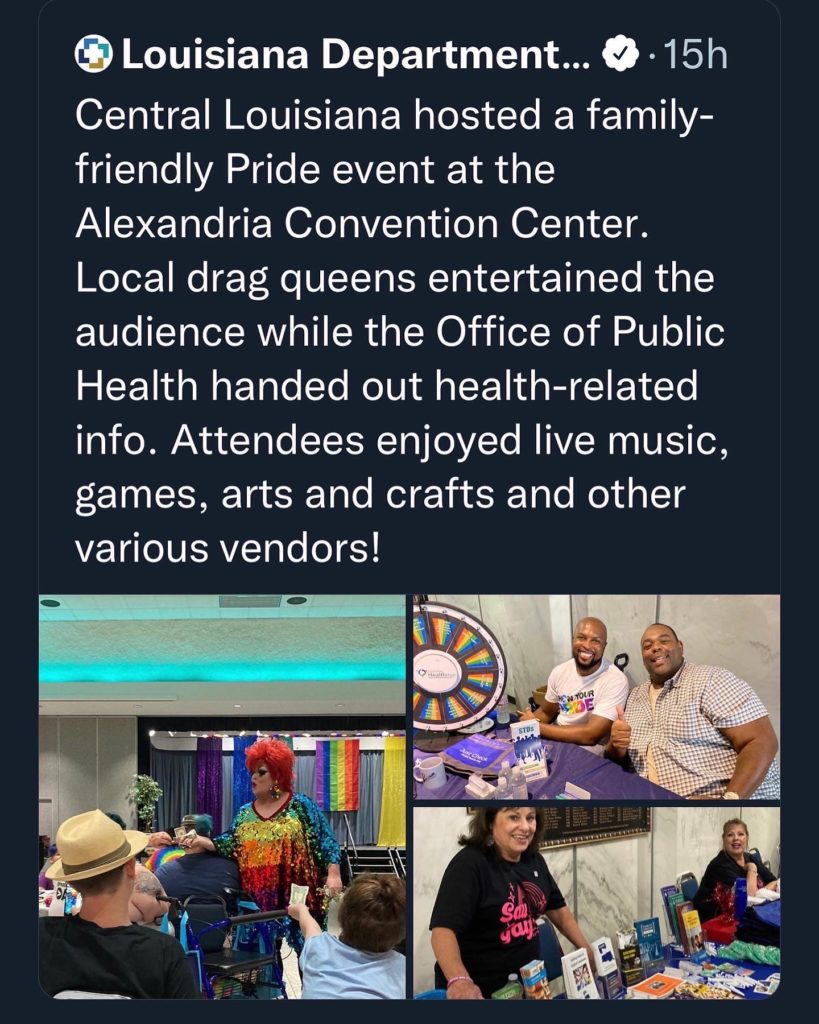 Why would the Louisiana Department of Health promote a drag queen event as “family-friendly”?

Consider this: LDH recently sent out a monkeypox health alert emphasizing the need for heightened awareness among the “men who have sex with men” community, especially those who in engage in risky behavior like having sex with men met via a website, app, or at a bar.

How do you make this information family friendly?

Why would you want to?

In 2020, self proclaimed “conservative” drag queen Kitty Demure shared a message that is pertinent to this situation. Below is an excerpt.

“What in the hell has a drag queen ever done to make you have so much respect for them and admire them so much other than put on makeup and jump on the floor and writhe around and do sexual things on stage? I have absolutely no idea why you would want that to influence your child. Would you want a stripper or porn star to influence your child? It makes no sense at all. A drag queen performs in a nightclub for adults. There is a lot of filth that goes on. A lot of sexual stuff that goes on and back stage there is a lot of nudity, sex, and drugs, ok? So I don’t think that this is an avenue you would want your child to explore. … And I understand you might want to look like you’re with it, that you’re cool, that you’re woke, that you’re not a Nazi, that you’re not a homophobe. Whatever, whatever it may be, but you can raise your child to be just a normal regular, everyday child without including them in gay, sexual things. And honestly you’re not doing the gay community any favors. In fact, you’re hurting us, ok? We’ve already had a reputation of being pedophiles and being perverts and deviants. We don’t need you to bring your children around, so you keep your kids at home or take them to Disneyland or take them to Chuck E Cheese, but if you need your child to be entertained by a big human in a costume or in makeup, take them to the circus or something. When they turn 18, then why don’t you take them to the clubs on their 18th birthday, because it’s an adult thing, ok? So don’t ruin your child’s life and don’t ruin us because that’s what you’re doing.”

The Louisiana Legislature should take LDH to task for their failed audit report and call an oversight hearing, and questioning this particular “family friendly” scenario is in order, as well. There are considerable concerns evident in the audit, but it should also be evident which scenarios the state should promote as family friendly and which ones it should not. Parents are sick of woke ideology from state actors being forced on our children with our own tax dollars. We want accountability and we want it now.