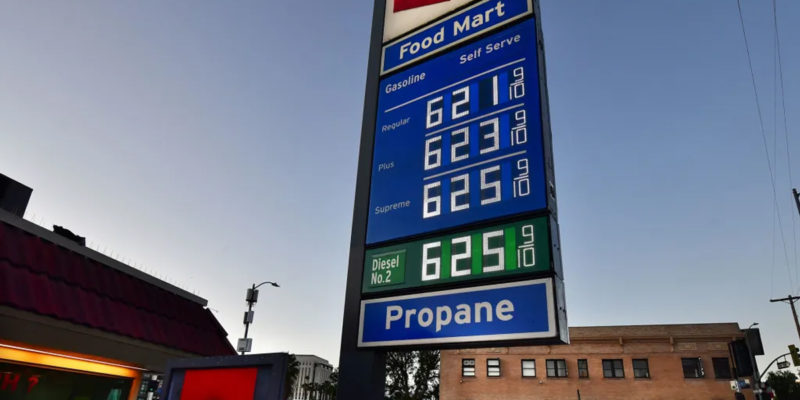 It’s even possible that Louisiana and its residents might in the short-term benefit from a three-month gas tax holiday as proposed by Democrat Pres. Joe Biden and supported by the state’s only congressman from that party, but they surely lose big in the long run.

Biden has asked Congress to knock off the 18.4 cent per gallon federal excise tax temporarily as a means to quell surging gas prices. Nationally, they have about doubled since last spring, and in Louisiana as of this writing average about $4.50 a gallon for regular-grade fuel.

This could make for some good political optics, emanating the appearance of lowered prices at the pump, even as in reality it will do little to alter prices except immediately and briefly . Likely, a substitution effect will occur where demand increases because of the lower price, while supply will not have changed, so prices will rise to compensate. As well, “savings” only incompletely would be passed along the supply chain and the move negates Biden Administration policy fixated on preventing the myth of catastrophic anthropogenic global warming from fruition by increasing the amount of carbon burned into to atmosphere.

Of course, related Biden policies have created the supply pinch and inelasticity, vaulting prices higher and largely invulnerable to gimmicks such as the holiday and releasing oil from Louisiana’s Strategic Petroleum Reserve – which had a negligible impact on pricing – stemming from the increased regulatory costs instituted by Biden policies in producing petroleum-based energy and in his virtue signaling for over a year now telling producers not to invest in creating greater capacity, thereby slowing not just exploration but ancillary activities such as repairing Louisiana processing facilities damaged by recent hurricanes. A lag period exists but without the policies and signaling plenty could have occurred in the past 15 months that would have boosted supply by now.

Changing these would bring relief in a few months, but Biden’s captivity to CAGW ideology makes this transformation doubtful. More likely, nonsense along those lines such as that spread by Democrat Rep. Troy Carter will be articulated, even as that would take longer to have any impact on prices.

Carter suggested mixing more ethanol into gasoline that could bring down the blended cost. That comes from crops, mainly corn and sorghum, and already receive generous subsidies from the federal government where potentially Louisiana can force production of this from the private sector and add its own taxpayer subsidies.

As bad as that is, the practice has contributed to the other main driver of four-decade high inflation in the country besides from energy, food. Many studies have demonstrated how requiring the use of ethanol in gas by the federal government leads to food price increases, both because of the extra demand on raw grains and on livestock that feed of it and any byproducts. A recent meta-study estimated this added 12 percent to the price of corn and for lower-income families a small impact on livestock products in the grocery aisles. And because it provides less energy per unit that petroleum, as the proportion of biofuel to gas goes up, it disproportionately requires more biofuel that puts an even greater strain on food prices generally.

Looking out even farther on the horizon, the gas tax suspension will deplete money available for transportation infrastructure. This actually might turn out positive for Louisiana efforts, as more gallons sold would bring in more state excise taxes that would go towards roads. The problem is, less then would be available for the match by the federal government – unless it spread the $10 billion or so shortfall across all taxpayers, not just roads users, so in essence drivers of gasoline vehicles end up giving back some of their “savings” and non-drivers and drivers of electric vehicles end up paying extra.

So, maybe Louisiana motorists would briefly enjoy lower prices than otherwise and might get a little more pitched in for infrastructure with implementation of Biden’s request. However, if used in place of reversing the counterproductive Biden policies on energy, Louisianans are much worse off overall not only because the deliberate supply constriction keeps prices needlessly elevated, but also as its important energy sector will remain hamstrung for no rational reason.