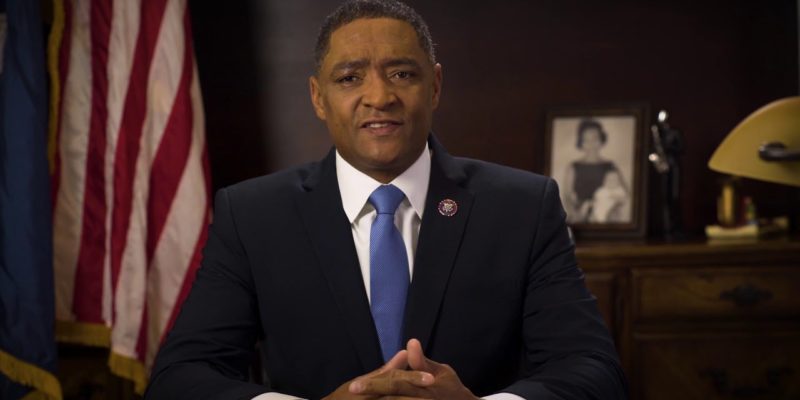 Maybe Cedric Richmond is having second thoughts about giving up his safe Congressional seat and potentially becoming some years down the road as powerful as his ally Democrat Rep. James Clyburn.

Almost a year-and-a-half ago, fresh off of reelection Richmond foreswore his Louisiana Second Congressional District post in favor of heading up the Office of Public Engagement for the incoming Democrat Pres. Joe Biden Administration. That new gig made him one of the highest-ranking black officials in the White House, a reward for his efforts to elect Biden not just in the general election where he served as a campaign chairman but also in Biden’s triumphing over more than a dozen other competitors for the party’s nomination, including other non-white candidates and those favored by many other black democrats in Congress.

Yet as of the end of May, Richmond had left the building into a nebulous role with the Democratic National Committee aiding party candidates. When his departure was announced last month, all involved went to some lengths to describe the parting as unprovoked and a promotion.

That his heading into the sunset came without prompting may or may not be true. Richmond’s leaving perhaps is the most prominent instance of black White House officials hitting the exits in disproportionate numbers, and one reason appears to be disgruntlement over a policy agenda that tinkers at the margins of their desired agenda but not pursuing the kind of action they expected. This in most cases appears to hew to the socialist wokeism expressed by high-profile – in publicity if not actual power – party members exemplified by the so-called “Squad” of female minority Democrat House members who espouse far-left bromides and criticize Democrats who fail their ideological purity test.

Ironically, the flip side of this may have pushed Richmond out the door. Although not hostile to wokeism and certainly a practitioner of the leftist brand of politics of victimhood, blame, and name-calling, Richmond like Clyburn, the second-ranking Democrat in the chamber who backed Biden early on as the candidate most electable, understands that the leftist agenda singularly out of touch with the American majority is difficult enough to press into policy, much less when put on steroids that has captured the fancy of an increasing number of Democrat elites, and so more pragmatism will result in more electoral and policy victories. Appropriately, he apparently considers the likes of the Squad “idiots” for their unapologetic and transparent extremism, with the revelation he made such a remark coming shortly before his departure.

At the same time, Richmond appeared not to fit in well with the longtime Biden coterie that following the election joined their boss in the West Wing. Obsessed with keeping Biden away from scandals of all kinds – not very successfully leading to a hilarious amount of navel-gazing about why Biden fares so poorly in public opinion when obviously it’s all about bad policy, bad overreach with the most razor-thin majorities in Congressional history, and a boss with an unmistakable tendency to put his foot in his mouth – their protectiveness limited Richmond’s influence.

And his new position certainly isn’t a promotion. Going from being said to be one of the seven most key advisers to the president to being charged with and inevitably failing to prevent the huge electoral disaster that will come the party’s way in less than half a year doesn’t exactly build your resumé in his line of work. Worse for him, any parlay of his White House stint into an all-too-predictable lobbyist career must wait out a two-year (possibly longer on some matters) statute of limitations, so what he’ll be doing this time next year is anybody’s guess.

Except it won’t be too hard to guess that it won’t allow his to exert nearly the influence he had as part of the Biden Administration, or even as a member of Congress. Are we enjoying yet our post-congressional career, Cedric?