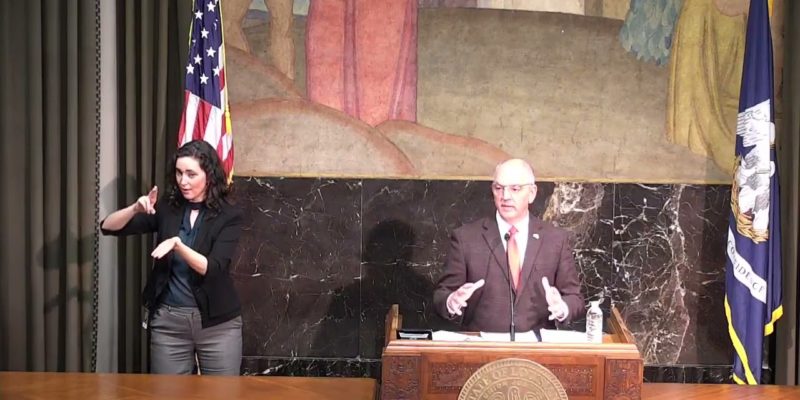 The Louisiana Legislature should refuse to waste more taxpayer dollars triggered by Democrat Gov. John Bel Edwards’ attempt to put lipstick on a pig of a court decision.

Earlier this week, Louisiana Middle District Judge Shelley Dick unilaterally tossed out Act 5 of the 2022 First Extraordinary Session, declaring by fiat the congressional districts drawn in it violated Section 2 of the Voting Rights Act and demanding as a remedy redrawing of these by Jun. 20. She used a novel interpretation to justify this, heretofore only seen in a similar case alleging that a state, in that instance Alabama, could have drawn an additional majority-minority district without using race as the dominant criterion.

Wherein lies the problem, because in that other case the U.S. Supreme Court slammed the brakes on that proposed solution, putting that on hold until after 2022 elections when it likely will decide on just how much prominence race should have in drawing such maps. The doctrine it used maintains that changes in electoral boundaries too close to elections degrade elections by sowing voter confusion and imposing significant administrative burdens.

Displaying immense raw judicial activism and commitment to ignoring facts inconvenient to her conclusions, Dick’s opinion wished away the reality that by Jun. 22 candidates could begin qualifying for these offices through submission by nomination petition by asserting they were unlikely to utilize that method – which in any event pushes back qualifying by any means only about a month, which a veteran Secretary of State official testified would be a deadline very difficult to meet under new lines. But Dick substituted her own judgment and agenda in order to make it appear the doctrine was satisfied (the opinion is replete with other examples of this approach, such as buying the plaintiffs’ insistence that in constructing alternative district arrangements there wasn’t an overriding reliance on race when other expert reporting – entirely ignored by Dick in her opinion – demonstrated quantitatively that there was this overreliance relative to the enacted plan, in how the alternatives created unprecedented district arrangements that split multiple large cities and metropolitan areas among districts and putting unlike ones in the same districts, ab approach only explainable if using race as the dominant criterion).

As a result, Edwards has called a special session beginning Jun. 15 to conduct reapportionment to his liking, i.e. creating two black M/M districts instead of the one in Act 5. But as the defense, including legislative leaders, immediately appealed the decision and given the Supreme Court’s prior decision regarding the Alabama case, almost certainly very soon either the Fifth Circuit Court of Appeals will stay that or the Supreme Court will, and thereby put into place at least for the 2022 cycle the Act 5 boundaries.

Regardless of whether that occurs before Jun. 15, on that day the Legislature should convene as ordered, then simply adjourn, meaning Edwards will have foisted $50,000 or so worth of expenses on taxpayers out of desperation to push through the political left’s Hail Mary pass. In fact, consider the money wasted already, since even if the judiciary does the obvious before then nothing legally allows cancelling such a session.

Wiser heads who actually rule on what the Constitution, law, and applicable precedent say rather than what they would like it to say will prevail to leave Act 5 intact, but not without Edwards squandering the people’s money in pursuit of a political statement.