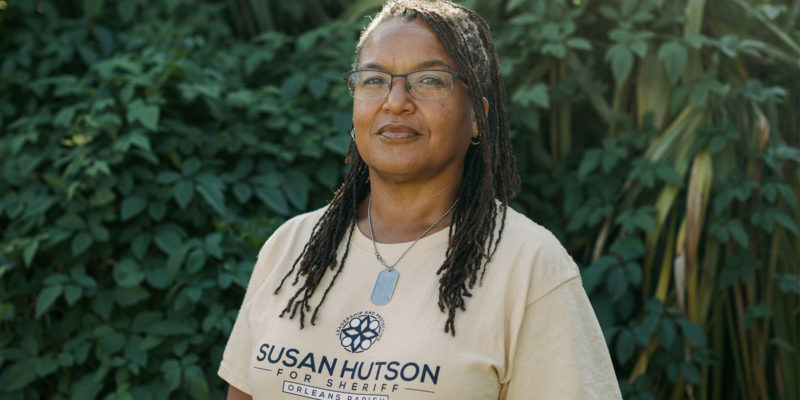 Newly sworn Orleans Parish Sheriff Susan Hutson ran a campaign where she described herself as a “reformer.” She also promised increased transparency in the sheriff’s office. But at least one New Orleans TV station feels frozen out by her and it was because they investigated her communications director, who lost his law license as a result of that investigation.

Fox 8 in New Orleans reports that Sheriff Hutson has frozen them out. It reports that it is the only station in New Orleans where Hutson has not conducted an interview. In addition, the station claims that the sheriff’s office does not respond to requests for information and instead has to receive any information related to the sheriff’s office through sources.

When Sheriff Susan Hutson was sworn in early in May, she was coming off a campaign in which she branded herself as the “reformer,” promising to bring about change to the Orleans Parish Sheriff’s Office and usher in a new era for the criminal justice system in New Orleans.

She also ran on increased transparency.

Since two men died in custody in the Orleans Justice Center over the weekend, leading Sheriff Hutson to make the decision to pull deputies from the city’s Criminal District Court to staff the jail, Fox 8 has reached out to OPSO every day, requesting information and interviews with the Sheriff.

On Tuesday, OPSO Communications Chief Timothy David Ray sent the first statement Fox 8 has received via text to a reporter, shortly before 5 p.m. The statement was on the Sheriff’s meeting with Mayor LaToya Cantrell earlier in the day.

When that reporter again requested an interview with Sheriff Hutson, she was told, “I will get back with you on that.”

Sheriff Hutson has done multiple taped and live interviews with every other TV station in the city, except Fox 8.

Ray, who is now in charge of responding to OPSO media requests, was the subject of a series of Fox 8 Lee Zurik investigations over his misuse of public dollars, leading to the suspension of his law license by the Louisiana Supreme Court.

The hearing committee of the Louisiana Attorney Disciplinary Board recommended a one-year suspension for Ray, a lawyer who previously held the role of clerk for the First City Court. The decision to suspend his law license came down in March of this year. The committee investigated Ray following a series of reports by FOX 8 which exposed how Ray spent thousands after losing the election for the clerk’s office to the current clerk, Austin Badon.

First of all, why did Hutson hire someone like Timothy David Ray in the first place? He already has proven himself to be unworthy of public trust. But then again, we shouldn’t be surprised because Hutson ran on a soft-on-crime platform.

The fact that Hutson appears to be retaliating against a news station that has given her staff unfavorable coverage should be disturbing. Especially given the numerous ongoing problems with the Orleans Parish Sheriff’s Office.

Interested in more news from Louisiana? We've got you covered! See More Louisiana News
Previous Article We’re Beginning To Lack Faith In Louisiana’s Legislature On Redistricting
Next Article APPEL: Biden Is The Gift That Keeps On Giving